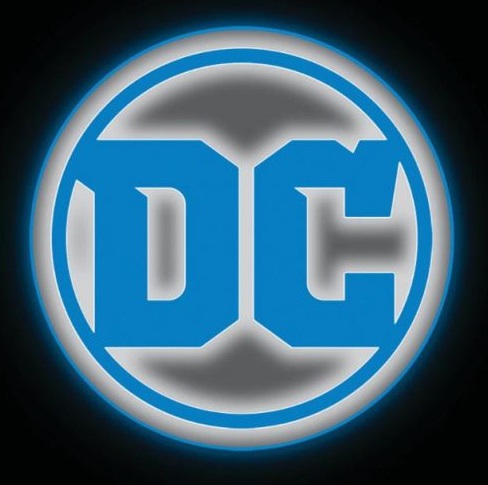 Welcome to the DC Films News and Rumors Weekly Update where we wake up every morning expecting to see the Aquaman trailer and go to bed every night disappointed it hasn’t been released. This week we’ve got updates on Suicide Squad 2 villains, Wonder Woman 2’s production, more Batman movie rumors, and a potential shakeup at Warner Bros. courtesy of a huge business deal. Let’s dive (get it? Aquaman dives!) right in. Here is the latest update of the announcements and rumors that have released from June 8-14.

Rather than closing out the column with our weekly Ben Affleck rumor, let’s begin with a report that Ben Affleck will not be part of Matt Reeves’ Batman film which will instead be the start of a new franchise. According to Deadline, this is part of a reshuffling of priorities at Warner Bros.  Matt Reeves has also reportedly turned in a script focusing on a younger Batman which would age Affleck out of the part. As usual, I’m sure next week we’ll get another rumor that Affleck is staying in the role, so don’t put too much stock into this rumor.

We’ve got some good news and bad news regarding Deathstroke’s future in the DCEU. First, the bad news; Gareth Evans, who was reported to be directing a Deathstroke movie, has revealed that his plate of projects is full until at least 2020, and none of those projects is a film for the DCEU. While that means we won’t see Slade Wilson in a solo film, we can possibly expect the character to show up as a villain in Suicide Squad 2. Now the source of this rumor is a fan at Oz Comic Con who claims to have chatted with the actor during a one-on-one question and answer session at the convention, so it might be a case of hearsay. Hopefully, the character will show up sooner rather than later. His cameo at the end of Justice League had to have meant something. This does support rumors that Black Adam is no longer a villain in Suicide Squad 2, so with the villain role up for grabs, Deathstroke can step in.

On the subject of Suicide Squad 2, ComicBookMovie.com is reporting that the members of the squad are getting makeovers to more closely resemble their comic book counterparts. This will also mean Joker won’t feature his multiple tattoos. The same report also offers some rumors on the solo Batman film which will take inspiration from the Dark Knight Trilogy and features plans for villains such as The Riddler, Two-Face, Zsasz, and Penguin. As for Robin, concept art hints at a female Robin who will step into the costume since Dick Grayson is already Nightwing and Jason Todd has been killed. Seeing a Carrie Kelly version of the character would be pretty cool, though I know many fans are clamoring for a Tim Drake Robin.

Wonder Woman 2 has begun filming in Washington DC under the working title “Nightingale” and along with proof that Chris Pine is returning to the movie in some form, we’ve also seen our first look at Diana in some 80’s inspired costumes alongside a wall of television screens. Now that the film is in production we can expect more news to slowly trickle out in the coming weeks. While we’re still patiently waiting for the Aquaman trailer to drop, we’ve got some good news in the form of reactions from WB execs to a cut of the film. According to Entertainment Weekly, the early hype from WB is very positive. “James has done an incredible job with his team,” says Warner Bros. film chief Toby Emmerich. “The film is taking you to a different place and imagining the underwater world in a way you haven’t seen before.” Producer Peter Safran says the film’s “got the great action you expect, it’s got a lot of great humor, it works on so many levels … it’s a testament to James’ unique vision. I think it’s an extraordinary step in DC Universe that sets it on the right path.” A lot is riding on the success of this film and right now all signs point to it being a massive hit. Though we haven’t seen the trailer, EW has also given us some photos from the film. Among these is a shot of Nicole Kidman as Queen Atlanna which is the first we’ve seen of her in the film. We also get our first look at Orm, Vulko, Mera, and Black Manta. These photos make the wait for the trailer excruciating as right now everything is looking amazing.

Finally, we’ve got a bit of business news as AT&T has officially purchased Time Warner for $85.4 billion dollars. “The content and creative talent at Warner Bros., HBO and Turner are first-rate. Combine all that with AT&T’s strengths in direct-to-consumer distribution, and we offer customers a differentiated, high-quality, mobile-first entertainment experience,” said Randall Stephenson, chairman and CEO of AT&T Inc. “We’re going to bring a fresh approach to how the media and entertainment industry works for consumers, content creators, distributors and advertisers.” What this means for the DCEU is unclear, but as we’ve seen some high profile exits from the film side of the company it’s safe to say there will be some big changes ahead. Whether it means a new direction for the company or a complete reboot of the universe cannot be predicted. There are enough movies currently in production that we wouldn’t see the fallout until the next slate of movies begins filming. We’ll keep a close eye on any developments.

And that’s all for this week. Who do you want to see as the main villain of Suicide Squad 2? Is Deathstroke enough of a threat to the entire team or would a metahuman be more appropriate? Let us know in the comments below!