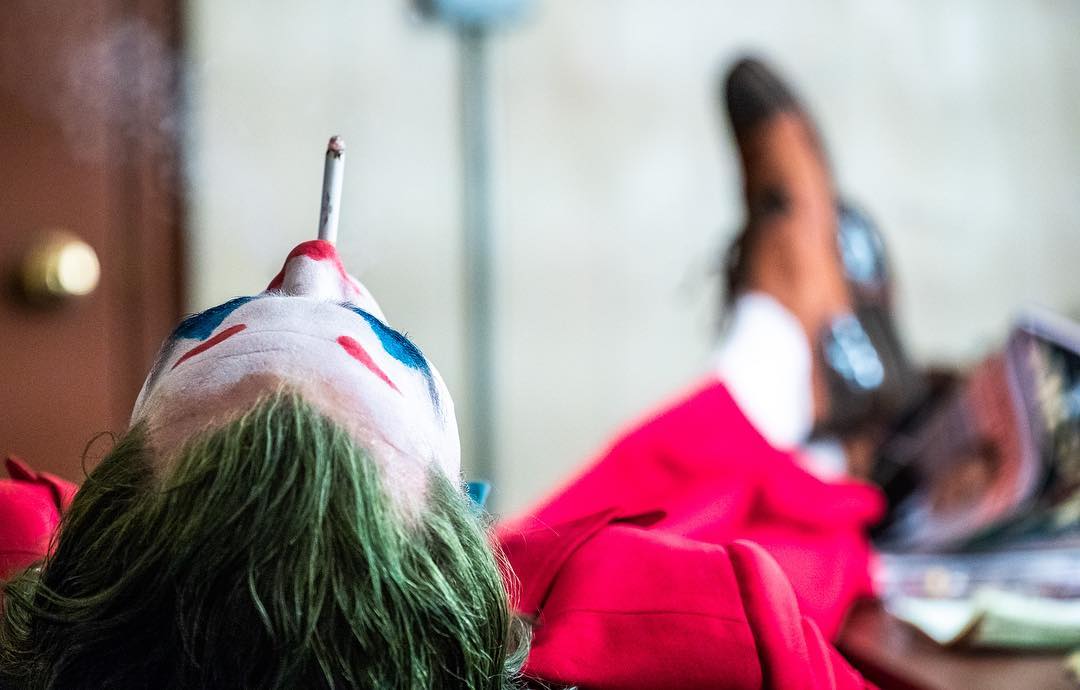 It has been a little bit of time since our last update from the world of DC Films. This time around, Batman may permanently say goodbye to Ben Affleck, but a Warner Bros. has their eyes on someone new. Aquaman confirms a blockbuster release as Jason Momoa weighs in on the film. Fans may have to wait a little longer for Wonder Woman 1984, which is better news than for fans who were looking forward to a Deathstroke film, and the future of Superman on the big screen continues its ‘will they or won’t they’ journey. This time around DC fans do get hope for long-awaited titles like Nightwing and firmed up additional details for Birds of Prey, Joker, Batgirl, and Shazam! Let’s take a look at what rumors have caught on and what details have been confirmed in the few weeks. Here is the latest update of all of the announcements and rumors that have released from September 28 through November 8.

Though Ben Affleck has been dismissed as DC’s Extended Universe Batman, sources close to the actor told Hollywood Life that he’s expressed a new interest in reprising the character one more time. The interest is reportedly inspired by Affleck’s admiration for Joaquin Phoenix’s work on the upcoming Joker film. At the moment, there are no current plans on the part of Warner Bros. to include Affleck in future Batman films.

The Dark Knight’s presence on screen is still far from over. That Hashtag Show has reported that actor Jack O’Connell has been mentioned as a potential candidate for the role of Batman. If anything, his previous roles prove O’Connell to be a talented actor with a definite capability to play gritty and dark characters. The rumors about O’Connell have yet to be confirmed, but it seems as though Affleck is well on his way to being replaced as The Dark Knight.

Aquaman director James Wan has confirmed that the film is officially completed. The latest DCEU movie starring Jason Momoa is on track to release in December, but some now wonder if Warner Bros. will bump up the release. No news on whether or not a sooner release date is possible, but there have been new character images to promote the film in the weeks leading up to December. The photos, featuring the likes of a fully Aquaman dressed Momoa, promise a visually exciting film.

LEGO joined in the hype by releasing their own version of the official film poster. A five-minute official trailer was released recently to give fans the most in-depth look yet at the story of Arthur Curry- a half-human man fighting to prove his worth as the rightful heir to the throne of Atlantis.

Momoa has reportedly doubled down on the aquatic hero. The actor revealed to Totalfilm that he believes the movie sets up plenty of potential sequels and he’s already pitched his sequel ideas to the studio. Whether or not Momoa’s vision will come to fruition is yet to be seen, but his enthusiasm for the character leaves a lot of room for hope in the franchise.

Aquaman villain Black Manta may even get the chance to branch out into other DC films. Actor Yahya Abdul-Mateen II has stated that Black Manta will have plenty of room in his narrative to appear in other DCEU films after Aquaman.

Moving out of the water-based film, the future of DC Film’s Man of Steel has been up in the air over the past few months. A rumor that Henry Cavill has stepped down as Superman has largely been disproved, but the hero’s exact cinematic future has not been confirmed or denied. Most recently, Mission Impossible director, Christopher McQuarrie, has been asked if he’d have any interest in directing the Man of Steel sequel. McQuarrie’s response was vague but heavily implied that he is not against the possibility. When interviewed by Collider, the director stated that the most important thing to him is a good story. He’d be all for doing a superhero film, be it Superman, Green Lantern, or any other, so long as the story is well written. McQuarrie is not opposed to working with Warner Bros. and DC, but it would take an impressive script to bring him on board.

If you were excited to hear about the possibility of a live-action Deathstroke movie, don’t hold your breath. Director Gareth Evans has confirmed that in the year since the possibility was mentioned, no further progress has been made on the film. The director reported that the movie never went past initial conversations, and at the moment there are no active plans to continue production. Fortunately, if you were hoping for news on a possible Nightwing movie, and actor Chris McKay seems equally as hopeful. He tweeted in response to questions about the possibility, urging fans to keep hope alive.

Ezra Miller’s return as Flash will also release much later than planned. Revealed by Variety, the movie is not slated to not begin production until later in 2019. Meanwhile, Diana Prince won’t be making an on-screen comeback until seven months later than planned. The movie’s release will now be held off until summer or 2020 which may be a good thing since it was originally releasing just a month after the Todd Phillips’ Joker film.

Fans and colleagues alike were disappointed when Disney dismissed James Gunn from Guardians of the Galaxy following the resurfacing of an old Twitter controversy. Many of the Marvel films’ cast and crew members were willing for vouch for Gunn and expressed frustration with the cut-throat decision. In spite of the controversy, Polygon has reported that DC and Warner Bros. have officially confirmed Gunn has signed on to write Suicide Squad 2 and fans are excited about the decision. During his tenure with Marvel, Gunn proved himself to be a talented creator- especially when it comes to creating superhero stories with a solid comedic foundation. After the mixed feelings toward the first Suicide Squad film, Gunn’s involvement looks to be a promising change of pace.

Birds of Prey director Cathy Yan has confirmed rumors of the film’s R rating. When asked about the upcoming film at the U.S.-China Entertainment Summit, Yan told audiences that the superheroine flick would have the R rating after several months of DC considering the possibility. This decision comes in the wake of films like Logan and Deadpool’s box office success in spite of adult-only content. Whether or not a more liberating rating will pay off for DC Films remains to be seen, but with Margot Robbie’s impressive Harley Quinn involved, some fans are optimistic.

Equally exciting, Birds of Prey may be seeing a familiar face behind Black Mask. Actor Ewan McGregor is reportedly in talks to play the Batman villain according to The Wrap. According to the site, McGregor is in the final stages to confirm his role as the villainous mob boss from the Batman Universe.

Cinematographer for recent releases Venom and A Star is Born, Matthew Libatique will also be lending his talents to Birds of Prey. He confirmed the film as his next project to GMANetwork earlier in the week. Though he is still in the early stages of negotiation, Libatique is eager to work on the project and join forces with Robbie and Yan.

Writer Christina Hodson talked with the LA Times and expressed nothing but excitement to try her hand at writing Harley Quinn for Birds of Prey.

I just fell in love with Harley. She makes me laugh, but she also makes me cry…. She’s got such emotional depth that is completely contrasted by this light, superficial, fun exterior,” said Hodson. “Even in the comics when she is at her best, she’s doing something bad — and when she’s at her worst she’s doing something good. And that makes her so interesting and so much more real, because that’s what people are like in real life. Very few people are just purely heroic or purely villainous, and she is this wonderful balance of everything.

Hodson is also working on a Batgirl film and briefly spoke about that as well. Whedon stepped away from the project after coming up short when creating a plot for the script. With any luck, Hodson will have an easier time finding the story one of the Bat-Family’s most iconic characters.

Another picture from the set of the stand-alone Joker movie has been released. Director Todd Phillips shared a picture to his Instagram featuring Joaquin Pheonix, the current Joker, in his full costume. Reminiscent of Heath Ledger’s version of the character, Pheonix’s costume seems to have the gritty realism movie-goers have come to expect from the Joker since the Dark Knight films. Finally, the Shazam! film will be adding three more weeks of additional photography. Production Weekly reported that production will return to Toronto for the added shoots from November 1-18. This is common for larger budget films and gives the cast and crew the ability to tweak things to make the overall film better.

With DC’s packed release schedule for the next few years, rumors and confirmations are rolling in continuously. All of those rumors and new information will be revisited next week’s update.