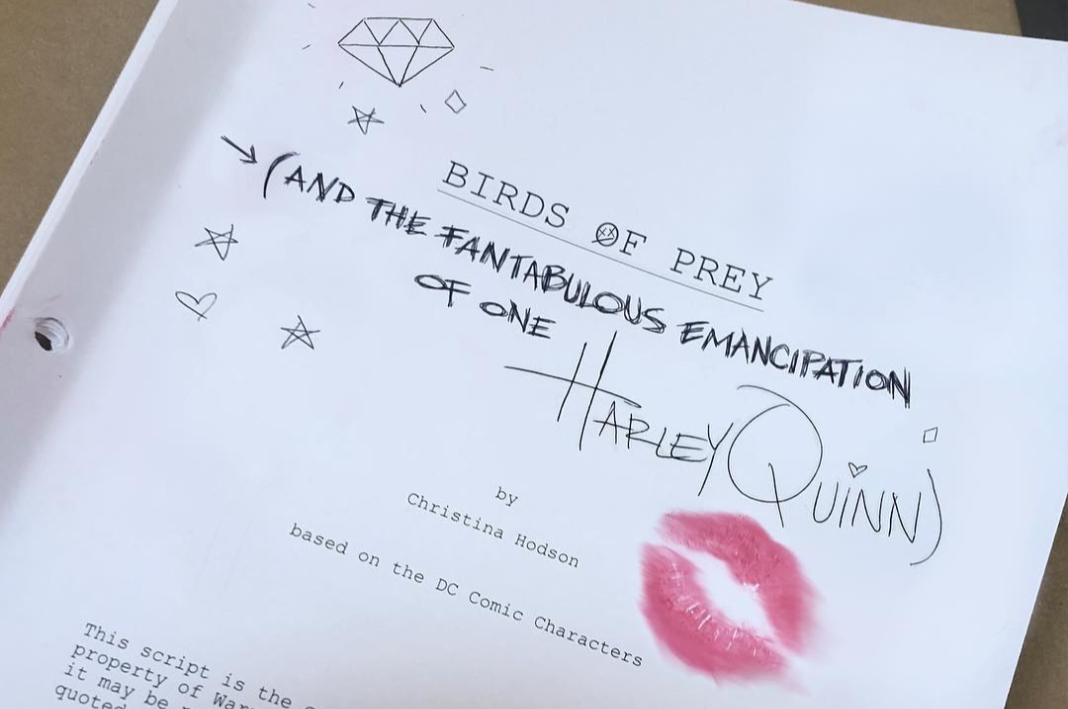 This week offers some final details on the highly anticipated Aquaman film ahead of its release, as well as new information on Birds of Prey, Shazam, and the dedicated cast and crew members working to bring them to life. Rumors have emerged hinting at potential movies in the work, while other DC heroes may not be making it back to the big screen as soon as we’d hoped. Let’s take a look at what’s happening in the world of DC films. Here is the latest update of all of the announcements and rumors that have released from November 16-December 6.

Aquaman continues a steady climb to ensuring a successful opening weekend. The movie’s final trailer released on November 19 showcasing the talents of Jason Momoa, Amber Heard, Nicole Kidman, and other box office favorites. The trailer shows a young Arthur Curry in the classic stages of his life- from life on land with his parents to meeting his future queen in the fight to save his distant homeland. Take a look:

Director James Wan has also revealed that a majority of the movie was shot in Imax, true to his epic vision for the final film. In case you were wondering, tickets are available for Aquaman, so if you’re concerned about catching opening night, now is the time to buy.

In another exciting announcement for Aquaman, Julie Andrews has a secret role in the film. Andrews is a bonafide film legend with starring roles in The Sound of Music, The Princess Diaries, Mary Poppins, to name a few. Entertainment Weekly confirmed that Andrews will voice a mythic undersea creature called Karathen. Aquaman producers had a specific vision for the creature’s voice, making Julie Andrews the obvious choice.

“We wanted the Karathen to have the voice of a classic British actress, albeit somewhat digitally altered,” explained Aquaman producer Peter Safran. “And when we found out Julie was interested and available and excited to do it, casting her was a no-brainer.”

Ironically, Aquaman will be opening the same week as the sequel to Andrews’ classic Mary Poppins. Andrews may not have had a hand in the sequel, but she is certainly welcome among Aquaman’s already A-list cast.

Jason Momoa reportedly pitched his ideas for an Aquaman sequel a few months back, and reports suggest Warner Bros. is currently in talks for the next chapter of Aquaman’s cinematic career. To date, there is no writer for confirmed for the film.

Birds of Prey star Mary Elizabeth Winstead has confirmed that the movie will begin filming in January. Winstead, who has been cast as Huntress, shared her excitement for the film’s start.

“It’s sort of a spinoff of Suicide Squad. It kind of follows Harley Quinn, which is Margot Robbie’s character from those films, and this sort of girl gang that she puts together. I play Huntress, and we’ve got Black Canary, played by Jurnee Smollett-Bell, and Rosie Perez and Ewan McGregor. It’s a really fun, fun cast. We haven’t started shooting yet, but we start shooting in January, and I can’t wait.”

Mary Elizabeth Winstead is not the only Birds cast member to share her excitement about the upcoming film. Margot Robbie, who will be reprising her role as Harley Quinn, shared a picture of the script cover to her Instagram account. The picture features Robbie’s heavily doodled on script with the longer title “Birds of Prey and the Fantabulous Emancipation of One Harley Quinn” which has been in fact confirmed as the actual full title of the film. Robbie has been one of the films biggest advocates and is currently signed on as both a star and a producer. She explained the longer (and now official) title, drawing on the spirit of Harley Quinn to give the movie a unique personality.

“That’s real,” Robbie revealed. “Yeah, that’s the title. It’s not going to be … It’s not a very serious movie. Birds of Prey makes it sound very serious, and then that [subtitle is] Harley kind of going ‘Hey, here I am.’”

Rumors are circulating that the film’s focus on a Harley removed from the Joker’s toxic influence may feature a few cosmetic changes to the character, namely that Harley Quinn may not have the tattoos seen in Suicide Squad. Margot Robbie has not commented on those rumors, but the actress weighed in on what she feels is missing from the film. True to the comics, Robbie would love to see Harley Quinn alongside her best friend, Poison Ivy, in the near future.

“Yeah. If you read the comics you know that Poison Ivy and Harley have an intimate relationship. In some comics they convey it as a friendship; in other comics, you can see that they’re actually sexually involved as a couple. I’ve been trying to – I would love to have Poison Ivy thrown into the universe because the Harley and Poison Ivy relationship is one of my favorite aspects of the comics, so I’m looking to explore that on screen”

Lastly for Birds of Prey, if the movie’s IMBD page is any indication, actress Charlene Amoia may be joining the team as the mother of Helena Bertinelli (Huntress). IMBD is far from an official announcement, but Amoia’s addition to the page can be seen as a heavy indication that we may be seeing her in the DCEU very soon.

The Shazam! movie production team has thus far been coy with fans. Director David Sandberg took to Twitter to respond to questions about when (if ever) we will see a Shazam! trailer. According to Sandberg, a movie trailer is a privilege we may just never have- at least not until he is good and ready. Just yesterday, Zachary Levi confirmed, while sharing a new poster for the film on social media, that the new trailer will be coming in early 2019. Fortunately, if you’re hungry for more Shazam!, a new synopsis of the film has been released by DC and Warner Bros.

“We all have a superhero inside us, it just takes a bit of magic to bring it out. In Billy Batson’s (Asher Angel) case, by shouting out one word—SHAZAM!—this streetwise 14-year-old foster kid can turn into the adult Super Hero Shazam (Zachary Levi), courtesy of an ancient wizard (Djimon Hounsou). Still a kid at heart—inside a ripped, godlike body—Shazam revels in this adult version of himself by doing what any teen would do with superpowers: have fun with them! Can he fly? Does he have X-ray vision? Can he shoot lightning out of his hands? Can he skip his social studies test? Shazam sets out to test the limits of his abilities with the joyful recklessness of a child. But he’ll need to master these powers quickly in order to fight the deadly forces of evil controlled by Dr. Thaddeus Sivana (Mark Strong).”

Speaking of Superman, rumors have sparked that the proposed Superman and Flash films have lost momentum and are not on track to begin production anytime soon. After the mixed reception of 2017’s Justice League, the future of some of DC’s more utilized heroes has been called into question as Warner Bros looks hopes to change pace and keep the attention of fans.

Among these heroes is also Batman. Commissioner Gordon actor J.K. Simmons has expressed that he’s optimistic in terms of playing the Batman favorite again. Unfortunately, his optimism is not attached to any further confirmations of what’s next for the character.

Matt Reeves’ Batman movie is reportedly planned to feature a much younger Bruce Wayne. As the rumor suggests, when the movie gains traction, it will most likely introduce a new actor as Batman- an unfortunate reality for Ben Affleck. Affleck has also expressed hopes at reprising his role but seems to be off DC and Warner Bros. radar for the moment.

In place of securing the cinematic future of heroes like Batman and Superman, the rumor mill has suggested that Warner Bros may be eyeing film versions of Blue Beetle and Zatanna. These lesser known DC heroes have never starred as a focal point in a feature film, but anything is possible at this point for DC.

That’s all for this week. Check in again next week for more information on these movies and any new rumors and releases within the DC Universe.