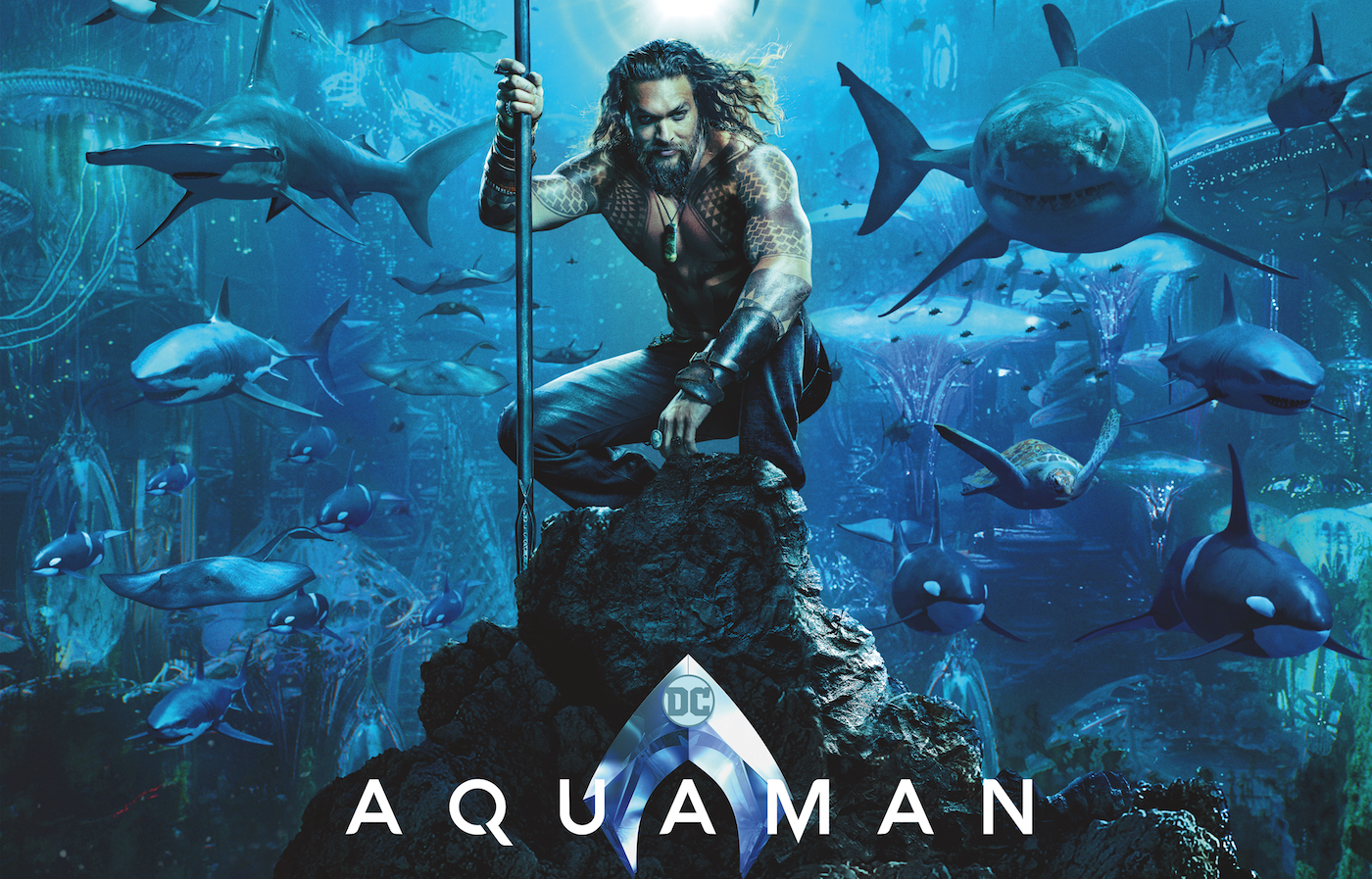 Leading up to this week’s Aquaman release, DC’s upcoming films are taking shape with new cast and crew confirmations. The future of many of DC Films’ former stars is still uncertain but Warner Bros. appears to be ready to push forward and test out new waters. Batman and Superman may not grace the big screen again for a while, but in their absence, other members of DC’s massively underutilized character roster may get their moment. Here is the latest update of all of the announcements and rumors that have released from December 7-20.

Aquaman is already impressing at the box office with $300 million made before the release here in the United States. Star Jason Momoa’s enthusiasm and faith in the character seems well placed. Reportedly, Warner Bros. is already in serious talks for Aquaman 2. The Hollywood Reporter claims that Warner Bros. has not signed a writer on for the script yet, but previous reports suggest that Momoa’s already pitched his suggestions for where Arthur Curry’s journey will take him next. Momoa initially signed on as Justice League’s Aquaman and was quickly confirmed for a solo movie. While Justice League did not exactly wow fans, Momoa and Wonder Woman’s Gal Gadot don’t appear to be leaving their characters behind any time soon.

The same cannot be said for many of their other Justice League co-stars. Amy Adams, who played Lois Lane beside Henry Cavill’s Superman, has her doubts that she will be returning as the character. In a recent interview with Variety, Adams expressed her uncertain future in DC Films.

“I think I’m out of the DC Universe now. I think they’re revamping that. I don’t know the details.”

She was later asked by Den of Geek to clarify here comments and she had this to say:

“You know what’s funny? I actually don’t know. I haven’t had any official conversation with anybody. I was just talking with Nicole Kidman about it, and I was like, ‘Oh, I guess I’ve got to be careful what I say!’ But yeah, I haven’t had any word officially.”

While there is nothing confirming Adams suspicions, she is among the actors who seem to have been hit with radio silence after questioning their future as DC characters. Joining her is Henry Cavill and Ben Affleck, both of whom have seen their incarnations of the iconic characters get stuck in the rumor mill. Whether or not either will return has not been confirmed or denied, but it seems that at least in the case of future Batman movies, directors are looking elsewhere for their dark knight.

Matt Reeves’ upcoming Batman movie may be making some progress at last. Initially, it was assumed that Reeves would work with Affleck, but as of late he has his eyes on a potentially younger Batman. Whatever his plans are, rumors report that Reeves is running out of time to complete the rewrite of his script. By the end of 2018 (which is only a few weeks out), Reeves may need to turn in what he has and hope that his Batman vision can save the character’s on-screen reputation. Rumors have begun to circulate that Jonah Hill is potentially being considered as the movie’s Penguin after both Reeves and Margot Robbie followed the actor on Twitter. There is little other evidence that the Wolf of Wall Street star will have anything to do with the DC’s new direction.

This hasn’t stopped DC from planning a cinematic future. At the moment, there is supposedly an early version of a comedic Plastic Man movie in the works. The character has never seen much screen time or had a silver screen debut outside of animated appearances. If DC is looking to breathe new life into their movies, characters other than Batman and Superman may be the way to go. Plastic Man has gotten as far as boarding Amanda Idoko as the screenwriter. The comedic action/ adventure film will star the ex-criminal turned vigilante of golden age comics. Patrick ‘Eel’ O’Brian becomes Plastic Man in a bid to change his life. In the wake of Justice League and Suicide Squad, it certainly couldn’t hurt for DC to try out the new franchise.

Suicide Squad did create one hopeful star on DC’s horizon. Margot Robbie has become a bonafide force of nature in campaigning for the future of Harley Quinn. The actress has clearly taken her role seriously and is serving as the driving creative force behind the upcoming Birds of Prey movie. Robbie seems to be taking not only the film version of her character seriously, but also has taken the time to actually read and think about the source material, all of which has led her to have big plans for Harley Quinn.

She’s joined by the talents of screenwriter Christina Hodson, who seems on board with all of Robbie’s creative direction, including the films new longer title: Birds of Prey and the Fantabulous Emancipation of One Harley Quinn. When asked about it by Collider, Hodson said:

“I don’t know if I’m officially allowed to say, but there’s no reason why not,” Hodson explained. “It was an unofficial aka, when I wrote the script. I added it about a year or so ago, almost exactly as it is, just as an aka. I didn’t think we’d ever use it. We’d always used a working title, so I just had it as a cheeky little thing, on the front cover. And then, when we were talking about a title and brainstorming, we all kept drifting back to that one.”

The title is a clear nod to Quinn stepping out from behind the Joker’s shadow, and Hodson seems more than pleased with building a well-written franchise around Robbie’s ideas.

Additionally, Birds of Prey’s cast continues to grow as they publicized a table read for the first time. Margot Robbie is joined by Rosie Perez, Mary Elizabeth Winstead, Ewan McGregor, and previously released cast members. Modern Family star Michael Masini, Chris Messina, and comedian Ali Wong have all been announced as additions to the Birds of Prey cast. Messina will play Victor Zsasz alongside Ewan McGregor. McGregor has stepped up to play Black Mask, a classic member of Batman’s rogues gallery. Wong and Masini’s roles have not been announced, but the entire cast seems more than excited to get the ball rolling.

Hodson isn’t stopping with Birds of Prey. She’s also signed on to replace Joss Whedon as the writer of Batgirl. The movie has yet to fully form, but Hodson promises she’s full of ideas.

Many things, but I’m not allowed to talk about that, at all. She’s cool. With all of these characters – the ones that I’m creating and that are original, like Charlie, and the ones I’m getting to inherit and play with – they’re independent, intelligent, capable, interesting and nuanced, and nuanced really is the main thing. They’re not one thing or another. They are flawed, complex, beautiful, wonderful, weird, and fully rounded and fully fleshed out characters. We’ve got so many great actresses out there, that are ready to play these roles, that it’s fun to be writing roles for them.

For DC’s other upcoming film Shazam!, new footage has was released at CCXP (Comic Con Experience) in San Paolo Brazil. The footage showed lucky viewers a clip the reportedly showed Zachary Levi (Shazam!) in his first meeting with the film’s villain. After reshoots and seemingly cryptic hints from the film’s cast and crew, it’s a relief to see Shazam! taking steps toward its release.

Finally, the Joker movie has finished shooting as confirmed by director Todd Phillip’s recent Instagram post. The movie will tell one of Joker’s possible origin stories with actor Joaquin Phoenix playing Batman’s most infamous villain. There’s hope for Batman’s future, or at least his supporting characters if Joker can pull off a successful release.

That’s all of the rumors and confirmations for this week. We will be back in two weeks as we take next week off for the holidays. In the meantime, Aquaman is now in theaters. So go check it out and support the latest DC Film.