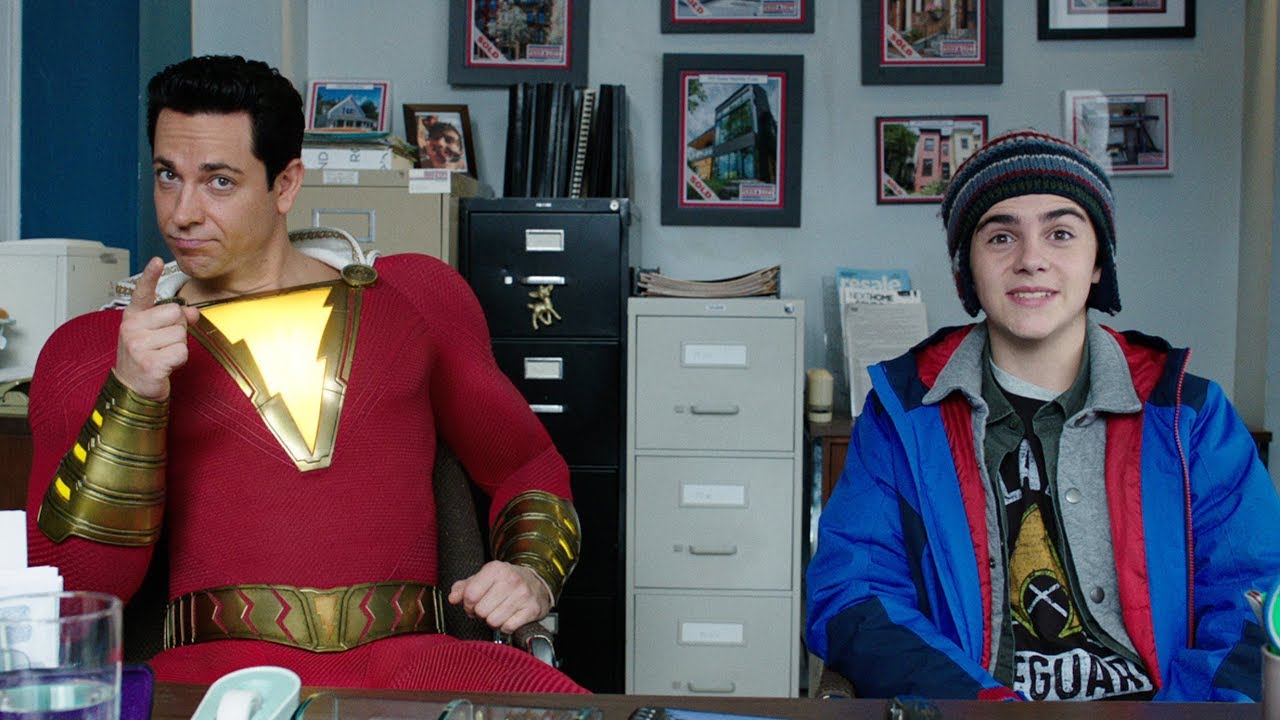 2019 continues to build anticipation for DC fans. It appears the next few years will hold nothing back when it comes to exploring new heights for DC franchises. Wonder Woman and Aquaman show no signs of slowing down and may be joined by heroes that have not yet appeared on the silver screen. Let’s take a look at what new possibilities have arisen and what has been confirmed or shot down as the first month of the year comes to a close. Here is the latest update of all of the announcements and rumors that have released from January 18-31.

In a general announcement, Warner Bros. is less interested in creating a shared cinematic universe after the success of Aquaman. Instead, they’ve set their sights on building the world of individual characters and movies. The decision comes after disappointing reactions to 2017’s Justice League. While the combined team movie did not wow audiences, Wonder Woman and Aquaman were largely successful. Warner Bros. Chairman Toby Emmerich spoke to The Hollywood Reporter to confirm the new direction for DC’s movies.

“We all feel like we’ve turned a corner now. We’re playing by the DC playbook, which is very different than the Marvel playbook. We are far less focused on a shared universe. We take it one movie at a time. Each movie is its own equation and own creative entity. If you had to say one thing about us, it’s that it always has to be about the directors.”

The decision to hire Guardians of the Galaxy director James Gunn to write the sequel to Suicide Squad seems to be another of DC’s efforts to wipe away the stain of disappointing movies. The first Suicide Squad was enjoyable but gave fans a Harley Quinn they can count on with Margot Robbie. Bringing on one of Marvel’s most successful former directors will hopefully give the squad’s second chance better results.

Unfortunately, rumors surrounding the movie thus far have fans worried that Suicide Squad 2 will feel more like a Guardians of the Galaxy movie. How justified these concerns remain to be seen, but the bar set by the previous Suicide Squad is low enough that Gunn can’t miss (hopefully). The film was also one of the dated films from the report released the other day by The Hollywood Reporter with the sequel now be titled “The Suicide Squad.” James Gunn is now in talks to direct the film which is being described as a relaunch rather than a sequel with a mostly all-new cast of characters and actors. Additionally, it is confirmed that Zack Snyder will be attached to the film as an executive producer.

With the first reveal of the characters from Birds of Prey earlier this week, the cast are now filming with new set photos featuring Margot Robbie in one of her Harley Quinn looks. A new photo shows Quinn shopping for exotic pets in her recognizable pigtails and red lipstick.

Warner Bros seems to have full confidence in Harley Quinn as a new rumor suggests that the company is seriously considering making a Harley Quinn trilogy. If true, the trilogy will likely contain Birds of Prey, Gotham City Sirens, and a Birds vs. Sirens film. This may be the reason why recent news has surfaced that Birds of Prey may not be rated ‘R’ as originally planned, as the movie is carrying enough buzz to make talks of a series viable before the first film has been released and would want to market it to a larger audience.

The rumors of a Supergirl movie that started in August have broken new ground to include Brainiac as a rumored villain. Henry Cavill’s appearance in the movie and role of Superman are both extremely indefinite, but fans are speculating if the star will play a small role in the Superman branch-off. A new report states that the plan may be to have Supergirl carry the Krptonian banner for a little while.

Though Aquaman was a huge win for Warner Bros. and DC, director James Wan has not yet agreed to stay on for more Aquaman films. Reportedly, the director would need to see a very good script before jumping back into the project. Deadline reported the news suggesting that Wan is not necessarily out, but wants to see the studio build Aquaman 2 on a solid foundation; an understandable requirement considering the DCEU’s reputation for swings and misses.

Among the studio’s successes is Wonder Woman. Though the second Wonder Woman film has not premiered yet, director Patty Jenkins has begun planning Wonder Woman 3. She spoke with The Hollywood Reporter about thinking that the next film should be set in a contemporary setting while she discussed her goals for the character with Vanity Fair.

“I have pretty clear plans for Wonder Woman 3,” said Jenkins. “Whether I [direct] it or not, I see how her arc should end in my incarnation of Wonder Woman. I have great passion for that.”

Chris Pine, who plays Steve Trever in the first two Wonder Woman movies has his doubts about returning for the third. Fans were surprised to see Trevor return to the roster for Wonder Woman 1984 after he was killed off in the first movie. Speaking with ET, Pine does not believe the resurrection will be happening again.

The movie is still in the early stages of planning, so whether or not Pine’s statement will ring true will not be determined until well after Wonder Woman 1984’s release. And of course, because we don’t know exactly how Trevor returns, this all could be a ruse as Pine tries to keep secrets of Wonder Woman 1984 under wraps.

Zac Efron might be the next star join the DC universe. Efron appears on a list of potential actors to consider for The Green Lantern Corps movie. Though nothing is confirmed, fans speculate that the leaked production list includes actors that could play Green Lantern, Hal Jordan. Initially, the plot was speculated to include an older Hal training young recruit, John Stewart. Should Efron be cast, it is unlikely that he will be an old enough Hal for that story to work.

The Flash movie starring Ezra Miller might be delayed due to a change in the production schedule for Fantastic Beasts 3. Because both films are being produced by Warner Bros., it is less likely that The Flash can begin production this year as assumed. There has been little news about Flash’s stand-alone movie, but it can be assumed that the film is still in the works.

Matt Reeve’s Batman movie still does not have very many concrete details a few details emerged earlier this week. Even the movies working title ‘The Batman” may not stick once production really gets underway. Reports have placed The Penguin front and center as the film’s villain but who will play him is still a guess. Actors like Jack Black and Jason Segel have popped up as rumors, but no casting seems to be confirmed. One thing we know for sure is that Ben Affleck is officially off the table for the role of Batman. He tweeted well wishes for Reeves and his team while saying goodbye to his tenure as the Dark Knight. Additionally, the projected release date of the film is June 25, 2021.

‘Joker’ is one of the most highly anticipated upcoming DC movies. There have been few negative reactions to what’s been seen of the movie so far, but director Todd Phillips reportedly did much of the film’s writing (rewriting) on set, sometimes the night before a scene was filmed. Actor Zazie Beets spoke to MTV News about the last second rewrites.

“The script was great. We rewrote the whole thing while we were shooting it,” Beetz said. “Literally, we would go into Todd’s trailer and write the scene for the night and then do it. During hair and makeup we’d memorize those lines and then do them and then we’d reshoot that three weeks later.”

We can hope that Joker knocks it out of the park. If any DC character would want a chaotically written movie, the Joker is a safe bet. The movie is set to premiere on October 4, 2019.

Luckily for fans, he accounted for his brevity and later posted a picture showing a still from the movie that hints at potential other characters to appear that have yet to be announced. Shazam! information has been shaky for the past few months, but it looks like DC’s comedic hero is set to receive a warm welcome at the box office.

That’s it for this week’s rumors and news. We’ll have more information on these films and others in the weeks to follow. Out of everything revealed so far, what are you looking forward to the most?