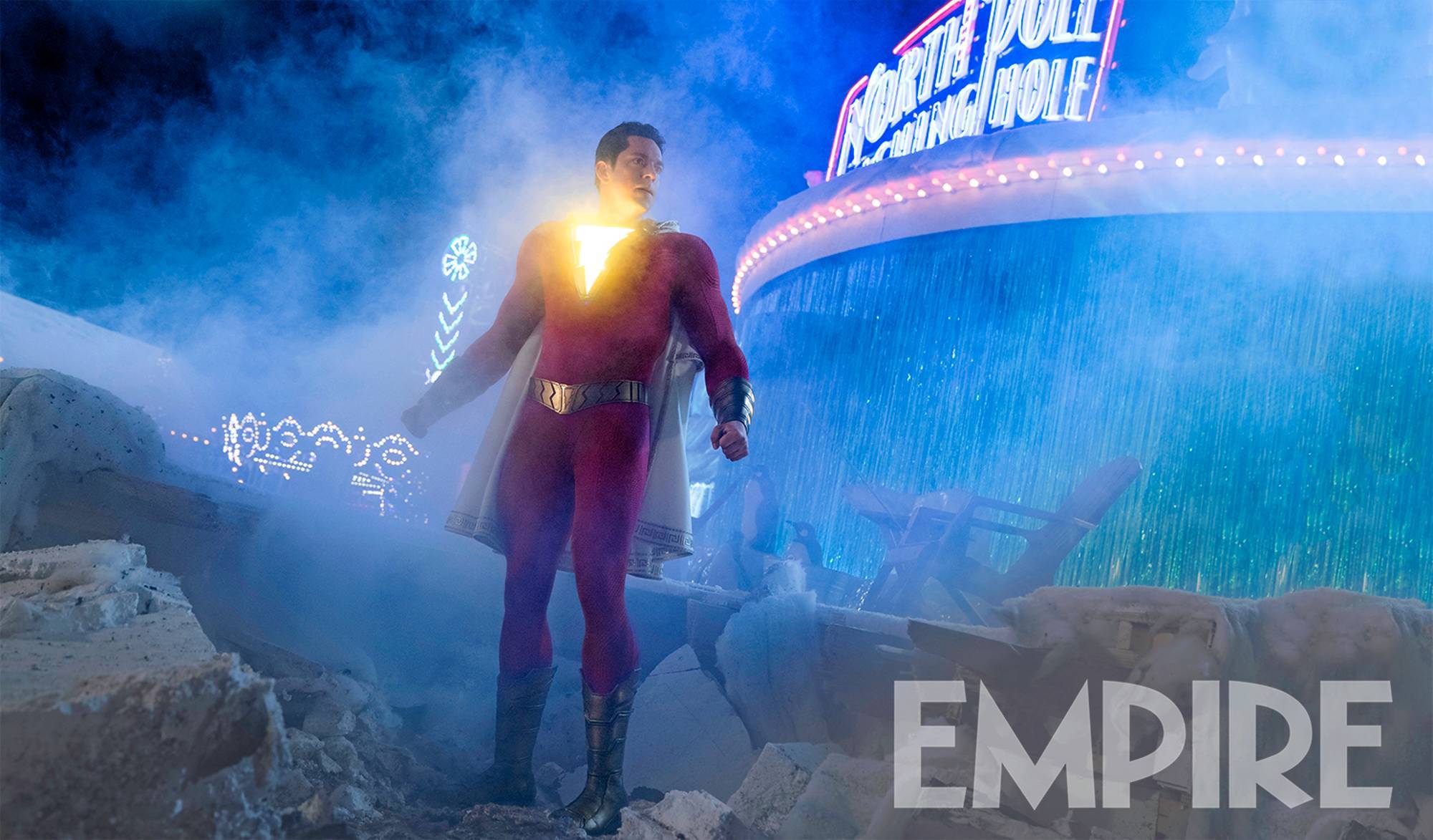 DC’s upcoming films have taken strides in the past few weeks and are letting fans peek behind the curtain. Several have released new footage and set photos are making the rounds as well, all the while additional details have emerged on projects in pre-production like Matt Reeves’ Batman flick. The Shazam! team announced exciting cameos, which may soften the blow for anyone who was looking forward to seeing Blue Beetle or Nightwing on screen anytime soon. Let’s take a look at what’s next for DC’s cinematic legacy and what rumors have been confirmed or debunked by studio insiders. Here is the latest update of all of the announcements and rumors that have released from February 1-21.

Matt Reeves’ Batman film will begin casting soon. After a whirlwind of rumors surrounding the latest Dark Knight movie, Reeves has confirmed that the official casting process will begin shortly. It also has been confirmed that Ben Affleck will not be reprising the role, but who will take his place? Fans have speculated actors from backgrounds like Game of Thrones and Skins U.K, but Reeves is staying tight-lipped on where his actual selection process is heading. The studio has confirmed that they are not looking for an unknown actor and would like to use someone with an established following as reported by Variety reporter Justin Kroll.

According to The Hollywood Reporter, the movie’s initial script came in at a whopping one hundred and sixty pages, which would roughly translate to two hours and forty minutes of film. Reeves’ made some announcements of his own about the script. The director confirmed that his Batman will be a noir-style detective story that focuses on Batman as the world’s greatest detective. Rumors claimed that the Penguin was Reeves’ top pick for the movie’s villain, but it appears a secondary villain will be cast as well. Studio documents mention casting a villain called “the brain.” The nickname may be a code word for another Batman villain. Fans speculate that this could be a nod to an appearance by the Riddler. Nothing is confirmed yet, but with casting on the horizon fans don’t have much longer to wait.

For those of us waiting for Suicide Squad 2, the confirmation of James Gunn as the director came as a relief. Gunn’s success with Marvel’s Guardians of the Galaxy has placed high hopes in the sequel to what was generally considered a flop of a first movie. After a messy departure from Marvel, Gunn was given a choice between several DC projects, including a Superman and Krypto movie. The Hollywood Reporter stated that he looked at Superman as well as a possible film based around Krypto, but chose Suicide Squad. With any luck, Gunn’s leadership will yield the Suicide Squad sequel fans are hoping for. For now, we know the film is planned to release in August 2021 and is titled “The Suicide Squad”.

Aquaman stunned at the box office and Warner Bros. is already planning the hero’s next films. Reportedly, a spin-off based on The Trench is in the works. If made, the movie will have a horror feel. Aquaman director James Wan has expressed a fondness for the Trench but took to Twitter to make it clear that the spin-off is neither on or off the table.

Wan’s sometimes collaborator David Leslie Johnson-McGoldrick will reportedly write Aquaman 2. Details about the highly anticipated sequel have not yet been confirmed but we can rest assured that Aquaman will grace the big screen again in the near future.

Birds of Prey is gearing up for a massive release. How I Met Your Mother’s Charlene Amoia is the latest to join the cast. The actress has been brought on as Maria Bertinelli, mother to the vigilante Huntress. Amoia will play opposite the film’s already confirmed Huntress, Mary Elizabeth Winstead.

Rumors have surfaced that Warner Bros. is already considering a number of spin-offs, including a movie featuring Black Canary and Huntress. There is no solid backing to the rumors yet but Birds of Prey has maintained steady buzz and enthusiasm since production began. Fortunately, Twitter has given fans some concrete information to put their faith in. Black Canary actress Jurnee Smollett-Bell was pictured in her official costume. The actress sports a classic Canary look with black and yellow tones and appears to be chasing down Cassandra Cain alongside the film’s villain, Victor Zsasz. Birds of Prey, also going by the working title “Fox Force Five”, is scheduled to release on February 7, 2020.

DC’s other upcoming blockbuster, Shazam!, has announced some important DC Universe cameos that may include Superman. However, while the movie will feature a man of steel, it isn’t Henry Cavill, as the cameo isn’t explicit with who is playing Superman.

Shazam! will focus heavily on building the main character’s backstory and less on villains and secondary characters, but rumors are that there will be hints at other characters for future stories.  Director David Sandberg stated that the film is big enough without shoehorning a bunch more into it. He also mentioned that while Dwayne Johnson has been linked to Black Adam, the character will not appear outside of a possible cameo without the face shown. Empire released a new image (as seen above) of Shazam’s Zachary Levi in full costume. The rubble surrounded star looks more than ready to make his debut as one of DC’s oldest and most interesting heroes.

A ‘Meet Shazam!’ featurette was released last week with an extended look at the characters and making of the film. It has also been confirmed that the movie will have a PG-13 rating per the MPAA. Shazam! is scheduled to hit theaters on April 5 of this year.

Finally, a contributing writer over at Forbes has claimed that most of the DC rumors fans have been buzzing about are untrue. The writer stated that project rumors and casting speculation don’t hold up with Warner Bros. or DC. This includes rumors about the Reeves Batman. The same can be said for Jared Leto’s Joker. To little surprise, it does not appear that Leto will reprise his Suicide Squad role in a solo film as well as supposed updates for a bunch of other projects as well.

“The Mad Love-type Joker and Harley Quinn film has also fallen by the wayside, as has the solo Joker project for Jared Leto’s version of the character from Suicide Squad. [….] There were also projects in the works involving Booster Gold and Blue Beetle, Nightwing, Deadshot, Justice League Dark, Cyborg, Lobo, and a few others, but most of those seem to be either on hold, canceled, or in some stage of development Hell for the moment.”

It is worth mentioning that the writer’s initial report also stated that Harley would not be in the Suicide Squad sequel and later in the week, he retracted that statement. So whether or not we will see any of these projects take off is hard to say but according to this report, things may be different than other reports have suggested.

That’s it for this week’s rumors and updates. Join us next time to see if any of these rumored projects come back to life and to stay updated on what’s next for DC’s confirmed films.