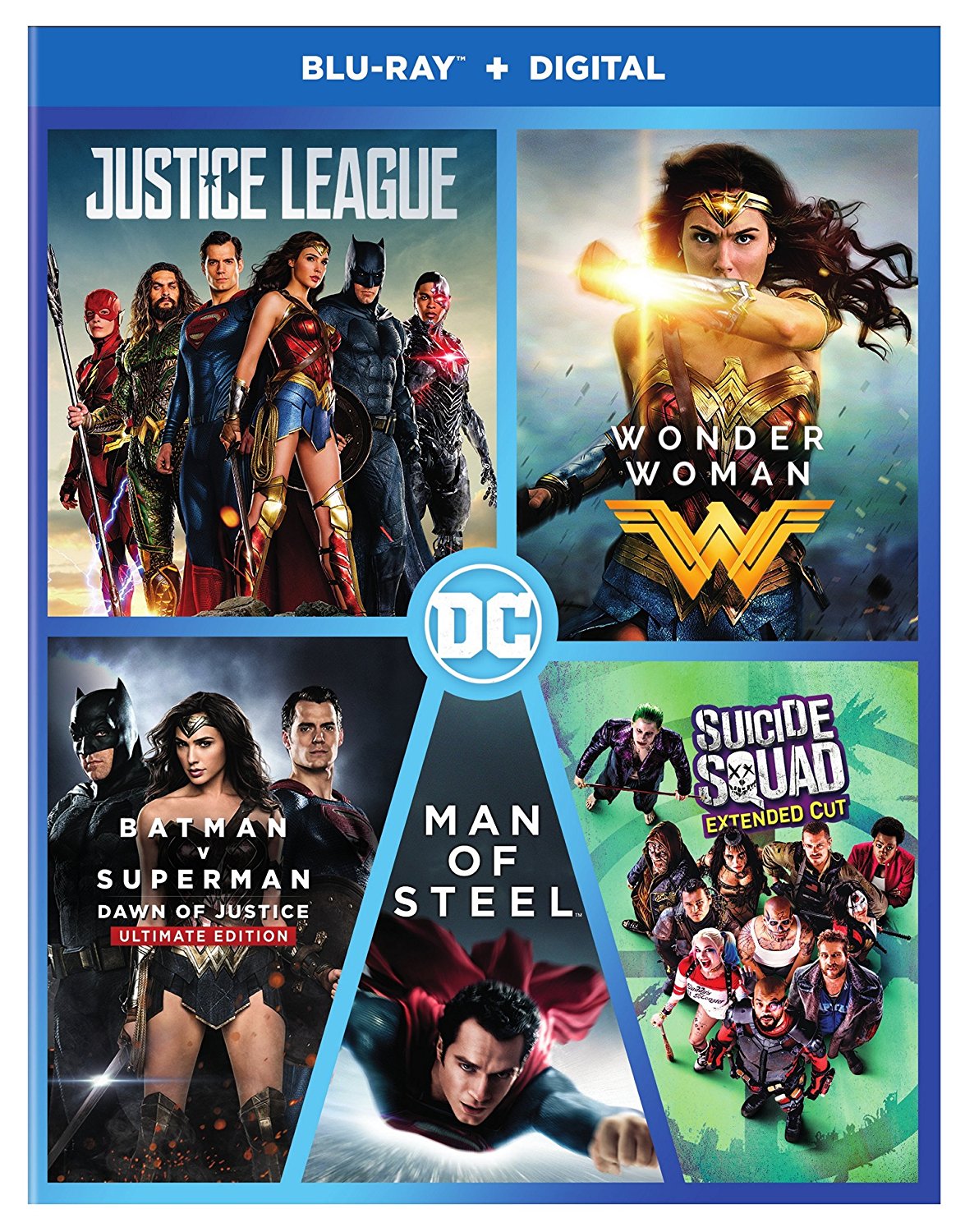 It can’t be a coincidence that the DCEU is five years old and currently consists of five films, spanning from Man of Steel to Justice League. Now Warner Bros. has revealed the “DC 5-Film Collection” which is now available on DVD and Blu-Ray.

If you’ve been holding off on grabbing physical editions of the films this would be the best way to fill out your collection. The collection is currently retailing for $59.99 for the Blu-Ray version, which includes digital copies of each film, or $45 for the DVD version. You can order your copy on Amazon now, which overall is a pretty good deal considering how much each of them cost individually, though there aren’t any additional extra features to warrant a double dip.

Do you plan on picking up the collection or are you going to wait a few years for the inevitable collection featuring the likes the Aquaman and Shazam? Let us know in the comments below!