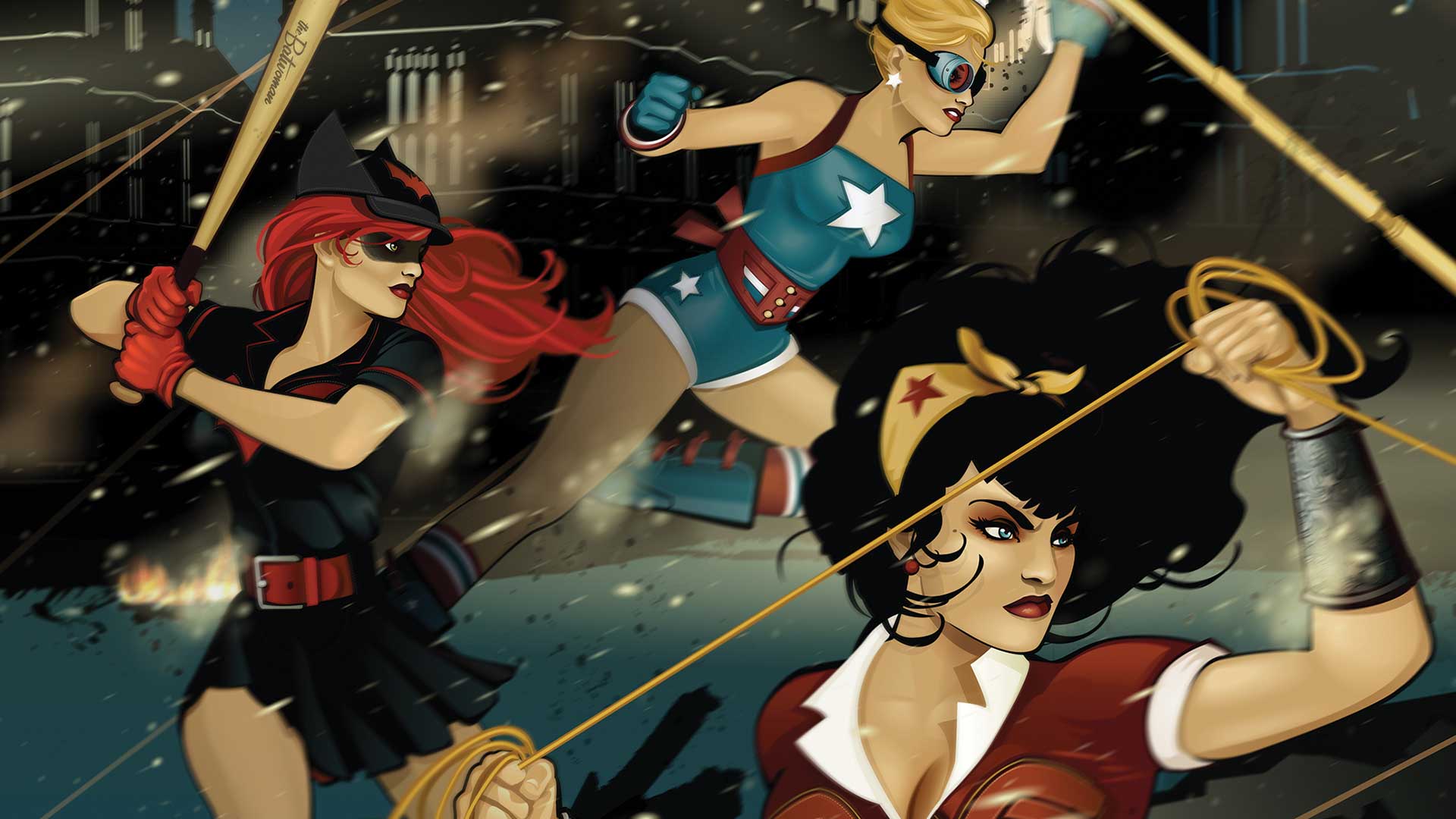 On January 13, Marguerite Bennett (writer of Batwoman and Bombshells: United) and Vita Ayala (newer writer at DC Comics with previous work on Batgirl and Batman Beyond) participated in the DC in DC 2018 event. They discussed feminism, representation and more. TBU’s intern Ben and I were able to speak with both of them at a press session.

Marguerite was asked about Bombshells and her decision to deal with that time period.

“I guess a large part of it is my grandfather lives with my family and watching him get older and realizing that we’re losing this generation and so much American history is being lost with that generation especially with Japanese internment. It’s something that we are ashamed of and have never even dealt with. I watch it fall out of the history books especially on the east coast. They have nothing about it. I went through my cousins textbooks, they’re based in North Carolina and there was nothing. Even at the high school level. You can’t erase this. How dare you! I was given a platform that seemed time sensitive. It seemed urgent. Especially with how the political environment was shifting and that was even before the election. I had a conversation with my editor about highlighting these elements of history where if Bombshells is an alternate history where we have a chance to revisit our failures and tell what could have been the possibility of a better world, that was one of the most crucial things I wanted to address and highlight for future readers,” Marguerite said.

Vita talked about how she utilizes representation in her work. “I make it more clear and more brown. I don’t hate inclusive, I think that is an important word. I hate the word ‘diversity’. I try to be as normalizing as possible because I grew up in New York City and there are a lot people that look like all the people at this table. You can’t really tell what’s going on behind the scenes, but I identify as queer. I know many people that do, so I want to put that into my stories as much as possible because that is all part of being human. I’m no one single part of myself,” Vita said.

Ben asked Marguerite how she sets Batwoman apart from Batman.

“It’s such an excellent question frankly that it was the thesis for our entire series; ‘What can Batwoman do that Batman can’t?’ Every single one of the arcs has tried to measure in a way that. Batman is so big that it’s like the lion and ant where he roars, but the ant just goes down into the underworld. She’s a character that can break these codes he has. He’s got the hard line against guns, she’s not so sure about how she feels about it. He’s got the hard line against killing. She was going to be a solider. Taking of a life in battle was something she was going to have to address. There’s all of this places where they’re in such a similar track, but they have such divergent morals with how they interact with what they see as their duty. That’s a question we try to answer every single arc,” Marguerite said.

Vita spoke more about what she would love to do in the future. “I had the opportunity already to write Amanda Waller and that was one of my favorite things that I got to do. I want her as broad as she is tall. I want her dark. They were very kind to me. I just want more of that,” said Vita.

Check out work from these two amazing women each month in the pages of DC Comics.