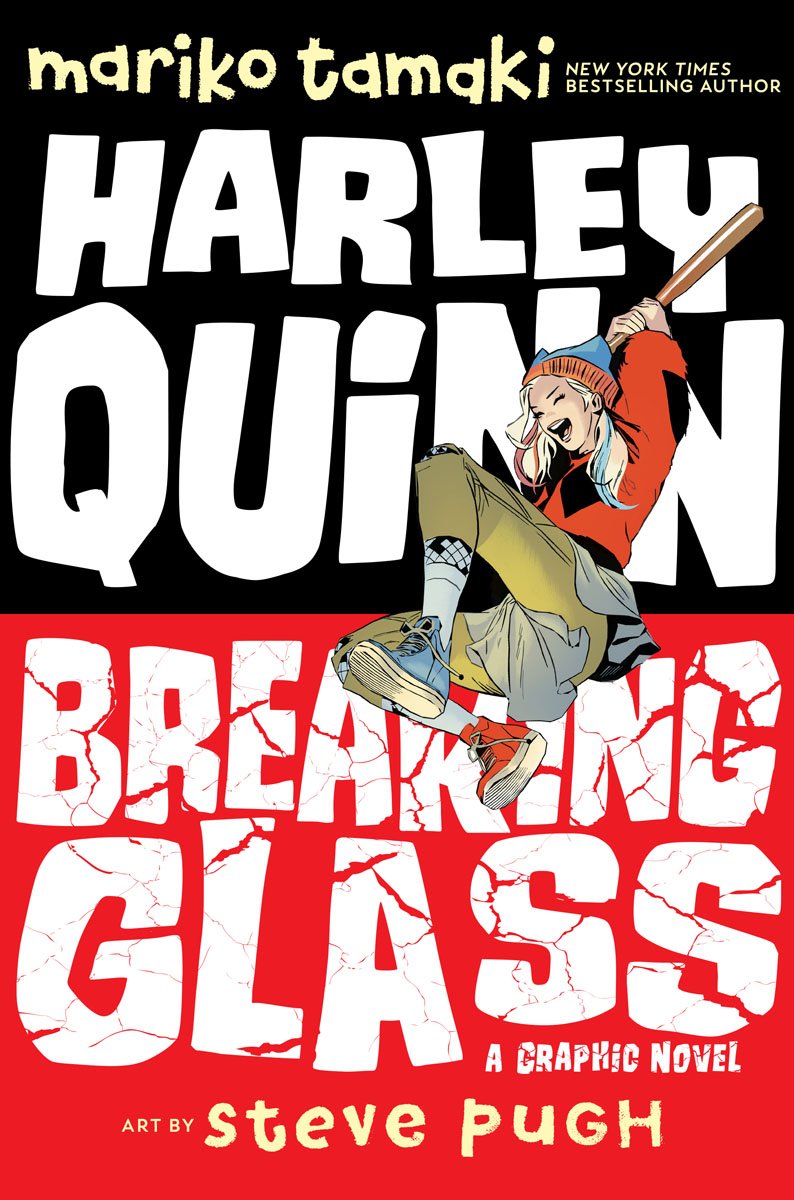 Overview: A fifteen-year-old girl named Harleen Quinzel is sent to live with her grandmother in Gotham City, only to find that her granny has passed on. Harley befriends the landlord, who allows her to stay in the building, opening up a new set of adventures for the young girl that will change her life forever.

Synopsis (spoilers ahead): Although Harley’s grandmother was dead, the teen girl wasn’t eager to return to her old life and dysfunctional family situation. She makes the most of her new situation and forms a bond with her grandmother’s landlord, a drag queen called Mama who Harleen refers to as her Fairy God person.

Harleen enrolls in high school where she and another student named Ivy become fast friends – whether Ivy wants to or not. When Harleen sets her mind on something, it’s easier to go along with it than to fight it, as Ivy quickly learns. Ivy clashes with John Kane, a rich student who runs the school’s film club, and tries to get Harley involved in her crusade to make the club’s content more inclusive.

Unfortunately, John’s influence affects Harley outside of the school halls as well. John comes from the Kane family, who are currently seeking to gentrify Gotham’s neighborhoods and are aggressively pushing out longtime residents who get in their way. Mama and her tenants become victims of the Kane’s game of hardball and struggle to hold onto their home in the face of an unstoppable corporate juggernaut.

Through all this, Harleen finds someone who she feels truly understands her. He wears a clown mask and calls himself the Joker. He wants to help Harley take down the Kane family and save Mama’s building. He’s an agent of chaos, and that suites Harley just fine. But can he be trusted?

Analysis: I feel like I’ve had to mention this for each DC Young Adult novel, but it bears repeating, if you’re wanting something closer to the comics canon, look elsewhere. These books are meant for a different audience (which doesn’t mean comics lovers can’t enjoy them either), and the concept is to put a new spin on these familiar characters. I love Harley’s origin from “Batman: Mad Love” but this isn’t that. If you want that origin, then read “Mad Love” instead. This takes things in a new direction instead of being a watered-down version of a familiar origin story. This is not the Harley we know, and that’s ok. While this may not be the Harley Quinn from “Batman: The Animated Series”, this version of Harleen shares her bubbly nature, close friendship with Ivy, love for chaos and the short fuse that leads to emotional outbursts.

The novel has a feel similar to “Under The Moon: A Catwoman Tale”, thanks to the color scheme and first-person narration. Harley is an interesting choice for a narrator because she isn’t a very reliable one. As Harley describes events unfolding, we see them play out slightly different than the way she internally has interpreted them. The genesis of her friendship with Ivy is one example. It’s a fun way to tell a story and should give the readers a few chuckles. This is one of the many ways author Mariko Tamaki made this an enjoyable read. It’s not easy to play a story entirely in Harley’s head, but Tamaki not only knocks it out of the park, but uses Harley’s perception of reality to enhance the humor and drive the narrative.

This version of the Joker is interesting, especially since we see him through Harley’s eyes. It’s interesting to note that every time the Joker and Harley have a scene together, the art becomes more colorful. It’s a fun way of demonstrating what the Joker does to Harley’s world. Speaking of color, Steve Pugh’s art helped enhance this story in so many ways. Remember when I mentioned Harley is an unreliable narrator? Pugh’s illustrations helped drive the divide between Harley’s reality and the true reality really well, and he was also able to present different emotions from the players really well. Some comic book artists have trouble giving their characters more than three or four standard facial expressions, but Pugh has range. Look at the illustrations of Mama, and look at the story his face tells. The reveal of John Kane as the Joker felt obvious to me, but to be fair the book never set it up as a grand mystery. I’m curious at what drove a privileged teenage wannabe film snob to embrace an anarchy styled secret identity, and I hope that’s a story that gets explored one day, but this is Harley’s story and the Joker affects it exactly as he should.

The book gets major points for having Harley snap out of the Joker’s influence before the conclusion. While much of Harley’s history and character genesis comes from her blind devotion to the Joker, she’s become so much more since then and her old lovey worship directed towards a user and abuser doesn’t play so well in the #MeToo era. This book strikes a great balance. While Harley is driven to the Joker, the moment he betrays her she’s done with him.

Final Thoughts: “Harley Quinn: Breaking Glass” is the fun and unexpected reimagining of the Lady of Lunacy that we didn’t know we needed. A new world is built around this version of Harley, and I look forward to visiting it again to see what happens next.