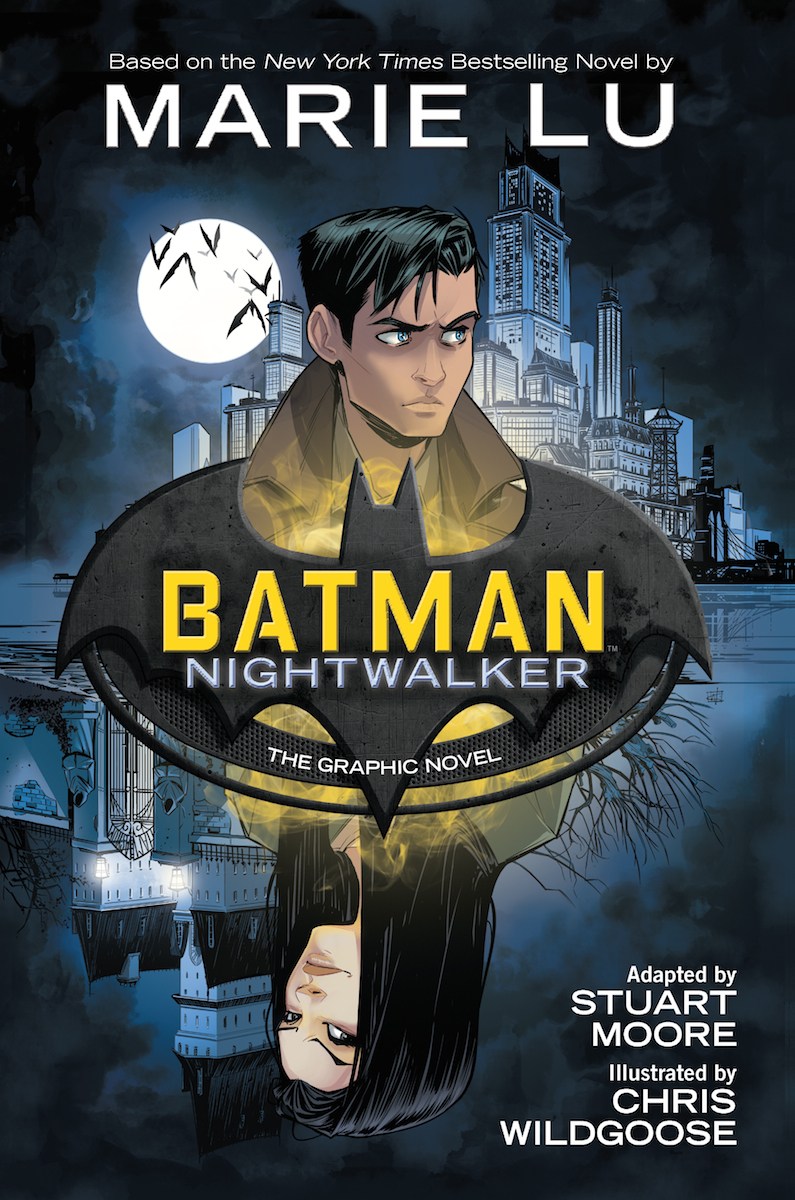 Overview: A young Bruce Wayne should be enjoying his eighteenth birthday and graduating from high school. Instead, he finds himself in the grips of a case involving of a group of domestic anarchists determined to take out all of Gotham’s rich elite. But will his feelings for one of its members get in the way of solving the mystery and perhaps cost him his life?

Synopsis(spoilers ahead): Bruce Wayne should be enjoying his birthday. Who wouldn’t? On a day where he obtains his full inheritance and becomes the richest teenager in the world, one would think Wayne would be living up with his friends and others as they raise money in his late mother’s name. Instead, Bruce is nowhere to be found. He’s out following GCPD, who’s in the process of chasing a vehicle caring an individual they refer to only as Nightwalker.

After blowing up a building, the Nightwalker speeds away. Police can’t keep up. Bruce Wayne can, however, and he takes off in pursuit. What could go wrong?

Instead of prepping for high school graduation, Bruce is at Arkham Asylum, performing community service for his antics when chasing the Nightwalker He meets a young girl imprisoned there, Madeleine, who is a part of the Nightwalkers, an anarchist group intent on destroying the rich of Gotham. Bruce attempts to make a connection with her and wants to help the police find out what she knows, but does Madeleine have an ulterior motive in connecting with him?

Bruce and friends finally have their graduation from high school. There are talks of college and parties, but it isn’t all smiles as Bruce scuffles with Richard, a childhood friend who made a living on leeching off of Bruce. Bruce has had enough and loses it when Richard mentions his dead parents.

Later, Bruce continues his attempt to make a connection with Madeleine. After several failures, he seems to have finally succeeded. Madeleine goes out of her way to prove her worth to him, but it’s a wonder whether she can be truly trusted?

After the death of the mayor and a jailbreak, Bruce finds himself behind bars as an accomplice to the escape. He finds out that the Nightwalkers have taken hostages that include his friends and he needs the help of Alfred and Harvey Dent to get out so that he can save them. As Bruce makes his escape with Alfred and Harvey, he comes up with his plan to save the hostages at the theater.

The final battle commences and Bruce finds himself face to face not only with Madeleine, but also with a few surprises in an effort to save those close to him. The Nightwalkers want access to Bruce’s money and the accounts of WayneTech and they are willing to take the lives of Bruce’s friends to prove how serious there are. After one last kiss between Madeleine and Bruce and one final dupe by the young Wayne, the fight makes its way to the roof of the Gotham Theater where only one outcome can be expected. Can Bruce make it out alive?

Analysis: This was a great adaptation of Marie Lu’s original novel and should be a very easy read for youngsters looking to get into both Batman and comics. But it’s also another good alternative prequel. Even with its twists and swerves, the layout is simple enough and definitely reads as something for younger minds to take in. I’ll admit. Every time I saw Bruce walk around in the long coat within the graphic novel, I could almost see it as an adaptation of an early episode of the Gotham TV series, just not as dark and with young viewers in mind. With that in mind, let’s be clear that, like Gotham, this isn’t a prequel story within continuity of the comics. And that is really a good thing.

There’s a great callback to many classic Batman characters – there’s young Harvey Dent flipping his two-sided (but unscarred) coin. He was typically a timid character (not wanting to dance alone). I personally wish that he was developed more for the story, especially considering the background story of the abuse at the hands of his father. If there was ever a “villain’s” story included in this run of original/adapted graphic novels DC has been pushing up, I would love to see a Harvey Dent story that looked at the relationship with his dad and what things he might have experienced in this continuity that would lead him to become Two-Face. But it was clear the book had two main characters and Harvey wasn’t one of them (although I wouldn’t have complained if he was).

Richard Price could be no one but the Joker. He acts as Bruce’s opposite in every way, much like the character from the comic book. He doesn’t mind using Bruce or anyone else to get ahead. But his roles as the Joker is no clearer than that smile. Wildgoose’s rendition of Richard in that classic Joker smile from the Dark Knight Returns at the high school graduation sent a slight shiver down my spine.

Then there’s Madeleine, the villain/anti-hero. She plays the perfect callback to Selina Kyle without being Selina since she’s obviously not available in this title, having one of her own in the DC Icons novel series. Lu and, for that matter, Moore did a great great job of styling Madeleine in the classic style of Selina – pretty, smart, witty, plenty of times with one step ahead of Bruce.

Speaking of art, Chris Wildgoose’s art fits this graphic novel perfectly. Young Bruce looks like he could fit right into a few runs of Detective Comics, especially those issues drawn by Doug Mahnke. And one has to appreciate the panels where he sneaks in a bat in the presence of Bruce as a constant reminder of who he will eventually become. If there is one gripe about the art, which really isn’t negative, I truly which this would have been a fully-colored graphic novel. But I understand with the type of story we’re given, this wouldn’t have been the right call.

Final Thoughts: Batman: Nightwalker is a great alternative introduction to the character of young Bruce Wayne and for young readers who might want to know and understand Bruce Wayne before he realizes his destiny and takes up the mantle of Batman.

Review: Shadow of the Batgirl

Review: Under The Moon: A Catwoman Tale