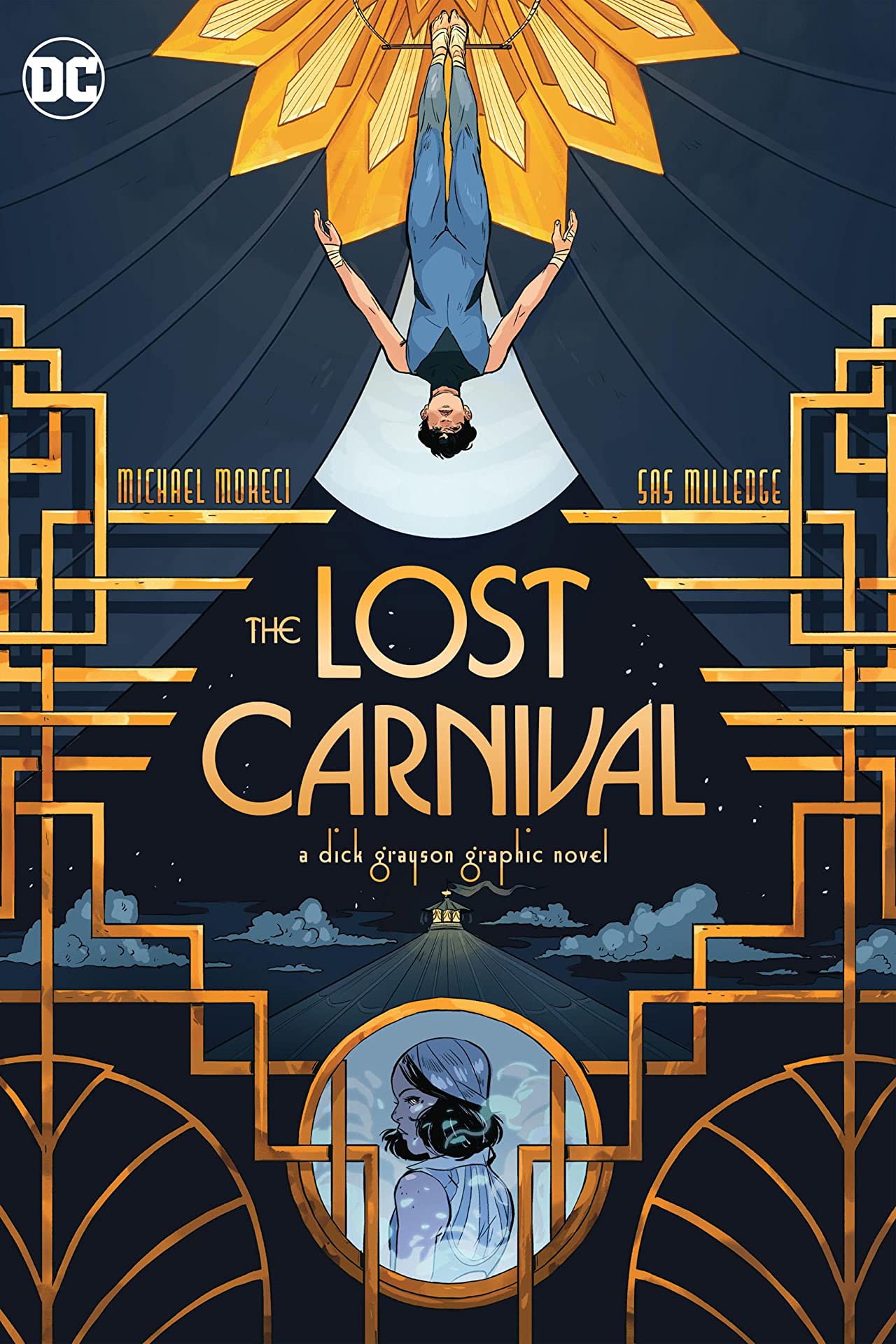 Overview: Dick Grayson is a teenage acrobat who spends his summers performing a trapeze act with his parents for Haly’s Circus. It should be an exciting life, but Dick is bored and yearns for more. A traveling carnival catches his attention, and soon Dick journeys into a new world of magic and wonder.

Synopsis (spoilers ahead): Haly’s Circus has trouble attracting crowds when a mysterious carnival sets up shop nearby. Dick Grayson investigates the carnival and befriends a girl named Luciana. It soon becomes apparent that there’s more to the carnival and Luciana, than meets the eye. The magic is unlike anything Dick has seen before, and it seems that Luciana has the power to heal people. When Dick’s friend Willow becomes the victim of a mysterious hex, the performers at Haly’s Circus blame the carnival, leaving Dick to defuse the escalating tensions. Before long, young Grayson learns that magic is more than smoke and mirrors and that there’s more to this mysterious carnival than he ever expected.

Analysis: I say this every time I review one of DC’s young adult publications, but it’s worth mentioning that these are intended for a different audience and should not be beholden to our usual canon expectations. The goal is to attract young readers who have never set foot in a comic shop, and these books do a great job. The Lost Carnival is no exception.

For starters, this Dick Grayson is older than he usually is during his pre-Batman days. He’s in his late teens and is old enough to think about what he wants to be doing in life. While that does break the canon of traditional Batman lore, Dick’s age is integral to the story they’re telling. The coming-of-age story about a teenager who finds love, ponders what to do with his life, and stop a circus vs. carnival rivalry – well, that’s a story that couldn’t be told with a twelve-year-old protagonist.

This version of Dick is impulsive, inquisitive, and slightly defiant. He rebels against his parent’s way of life, like most teenage protagonists. In a way, this version of Dick is almost like Ariel from The Little Mermaid. He longs for a world outside of the one he knows, he’s captivated by a colorful place unlike any he’s known before, and he falls in love with one of their inhabitants. For Ariel, it was the world above the ocean, and for Dick, it’s a magical carnival.

The graphic novel switches gears from The Little Mermaid to West Side Story, as the rivalry between the circus heats up, with Dick and Luciana caught in the middle. There is a twist regarding who the villain of the story is, but it will seem obvious to anyone who was paying attention. The twist is just one story beat, and since most of the graphic novel is centered around Dick’s journey, the book doesn’t lose any points for the predictability.

This book was written by Michael Moreci, with art by Sas Milledge with Phil Hester. Moreci crafts an engaging story that will thrill young readers who have never heard of Dick Grayson, while still being a satisfying reading experience for seasoned Wingnuts. Milledge and Hester’s illustrations capture the magic of the circus world and the carnival experience. I would be remiss if I didn’t mention David Calderon’s coloring, which brought everything together. It’s hard to think about this story without the evocative coloring.

Final Thoughts: In short, this book was a great blend of comic book storytelling and young adult fantasy (think Harry Potter or Percy Jackson), combining the two mediums into an unforgettable adventure. The Lost Carnival is a fun coming-of-age tale that will capture the imaginations of young readers.