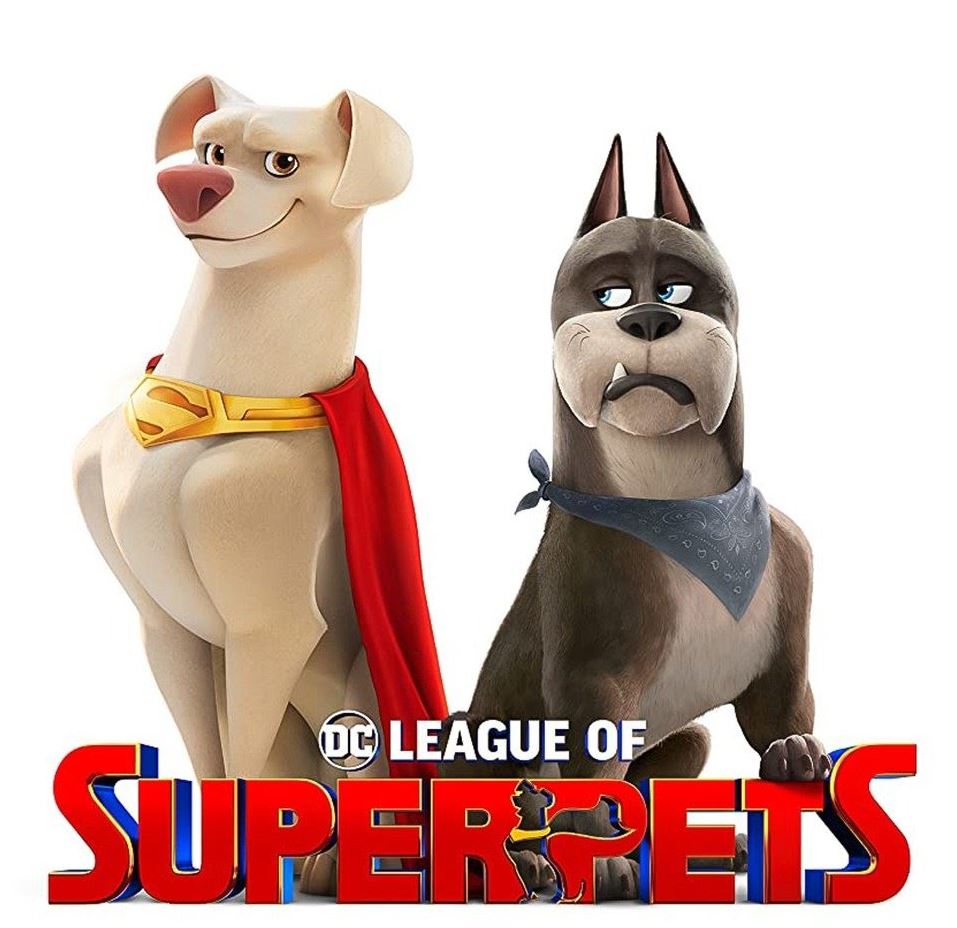 Overview: DC League of Super-Pets follows Krypto the Superdog and a band of misfit animals on a quest to save the Justice League from a rogue guinea pig who is bent on destroying the world.

Synopsis (spoilers ahead): DC League of Super-Pets opens up on a familiar scene – the destruction of Krypton. Jor-El and Lara are getting ready to put their only son in a rocket to send away from the dying planet. Before the rocket takes off, however, baby Kal-El’s little puppy Krypto hops in with him. Jor-El tells Krypto to take care of Kal-El as the rocket takes off for Earth.

Years later, they both grow up to be the heroes and defenders of Metropolis as Superman and Krypto the Superdog. They live with the secret identities of Clark and Bark Kent and do everything that a normal human and dog do together, except instead of walking in the park, they fight crime and evil robots.

While at the park, Krypto becomes jealous of Superman and Lois Lane’s relationship and becomes afraid of getting left behind and forgotten by his best friend. Lois gives Clark the idea that maybe Krypto needs a friend, so Clark goes to the local animal shelter, where we meet the rest of the animals involved in our story, Ace, a dog, a pig named PB, a turtle named Metron, and a squirrel named Chip. There is also a hairless guinea pig named Lulu who is building some type of weapon to escape. Ace tries to make a break for it, but Krypto stops him.

Meanwhile, Lex Luthor is pulling in a huge meteor of Orange Kryptonite from space in hopes that the Orange K will give him powers. Superman and Krypto, along with the Justice League, consisting of Batman, Wonder Woman, Flash, Aquaman, Cyborg, and Jessica Cruz Green Lantern, are able to put a stop to him and send the meteor back to space. Not all of the Orange K makes it to space as Lulu uses the device to bring in one shard of Orange K. Here, we get her backstory as she was Lex’s guinea pig, which he used to test different types of Kryptonite on. Orange Kryptonite doesn’t give humans powers, it gives animals powers. Lulu hates Superman and Krypto because they took her away from Lex. The Kryptonite gives her powers, and she escapes. It also gives the other animals powers. Ace becomes indestructible, PB can grow and shrink, Metron gains super speed, and Chip can shoot lightning out of his hands.

Lulu goes to exact her revenge on Superman and Krypto and is able to defeat Superman using Kryptonite and her own telekinesis powers. She tricks Krypto into eating some Kryptonite by hiding in cheese (I think we’ve all used that trick on our pets). Lulu takes off with Superman while Krypto cannot stop her because he’s lost his powers. Krypto comes across Ace and his friends and asks them for help to save Superman. The other animals happily agree to help the Superdog, but Ace reluctantly agrees.

Lulu has recruited a group of classroom guinea pigs to be her henchmen, and they wreak havoc on Metropolis and take down and kidnap the rest of the Justice League. The pets try to stop her but fail, and they are sent off by Lulu to the Hall of Justice. The other pets are working on their superpowers while Ace and Krypto talk. Ace tells the absolutely heartbreaking story about how he ended up at the shelter. As a puppy, he was part of a family, and he saw the baby of his owners about to fall down the stairs. Ace saved the baby but caused the baby to cry by the bite marks on her arm. Even though he saved the baby, the owners thought he attacked the child. Ace tells Krypto that dogs love unconditionally.

With a renewed sense of purpose, the pets head off the try to stop Lulu from freeing Lex in prison but not before they are attacked by perhaps the scariest villain in DC movie history, a super cute kitten who is capable of coughing up grenade hairballs and shooting missiles from its tail. Through the power of teamwork, the pets defeat the kitten.

They cannot stop Lulu from breaking Lex from prison and get locked in the cells. In classic Luthor fashion, Lex betrays Lulu and locks her away. Lulu escapes and decides to end the Justice League and get revenge on Lex herself. Krypto gets his powers back just in time but asks his friends to stay behind while he tries to stop Lulu. Lulu traps Lex with the rest of the Justice League and fires them all off into space. Ace and the pets return just in time to help Krypto and save the League.

Furious at this, Lulu puts the pieces of the Orange K into her brain, turning her into a giant monster. The Justice League and the pets try to stop her, but she has become too powerful. Their only hope is for Krypto to do his famed “Solar Paw Punch” that not only can take out Lulu but potentially Krypto. Krypto uses the move and is saved from the blowback by Ace.

The day is saved, and Krypto is reunited with Superman as Batman adopts Ace, PB goes with Wonder Woman, Chip gets a Green Lantern ring with Jessica, and Metron goes with the Flash. Together, the pets form the League of Super-Pets.

There are two post-credit scenes. In the first one, Mercy Graves finds and adopts Lulu, and in the second one, Black Adam and his dog (both voiced by The Rock) confront Superman and Krypto and talk about the benefits of being an anti-hero. Maybe this is the Superman/Black Adam confrontation that The Rock has been teasing.

Analysis: This was a fun movie! DC League of Super-Pets had a great mix of heart and humor. Both kids and adults can enjoy this movie, which is really difficult to pull off nowadays.

If you are a pet owner, but especially a dog owner, you will relate to how Krypto acts with his attachment to Superman. I, for one, saw a lot of similarities between my dog and Krypto. Well, except for the flying and laser vision. Seriously, I can’t emphasize enough for filmgoers to be ready to feel all the emotions in the Ace backstory.

Dwayne Johnson and Kevin Hart carry the movie because they get the most to do, and rightfully so. I’m sure Johnson’s Black Adam will not sound as cheery and energetic as his Krypto. I thought that Kevin Hart sounded a little flat at times, and that was maybe because he can’t be as expressive and over the top in voice-over as in a live performance.

I would totally see a sequel starring the Super-Pets. I would also like to see a Justice League spin-off starring John Krasinksi and Keanu Reeves as Superman and Batman, respectively. I thought the Justice League designs were really interesting, and I think there is more to explore there.

Editor’s Note: We hope you enjoyed this review of DC League of Super-Pets. The film is now in theaters, and you can buy your tickets now through Atom Tickets or Fandango.

All in all, DC League of Super-Pets is a really fun movie for kids and adults alike, and it's full of so much heart and excitement.