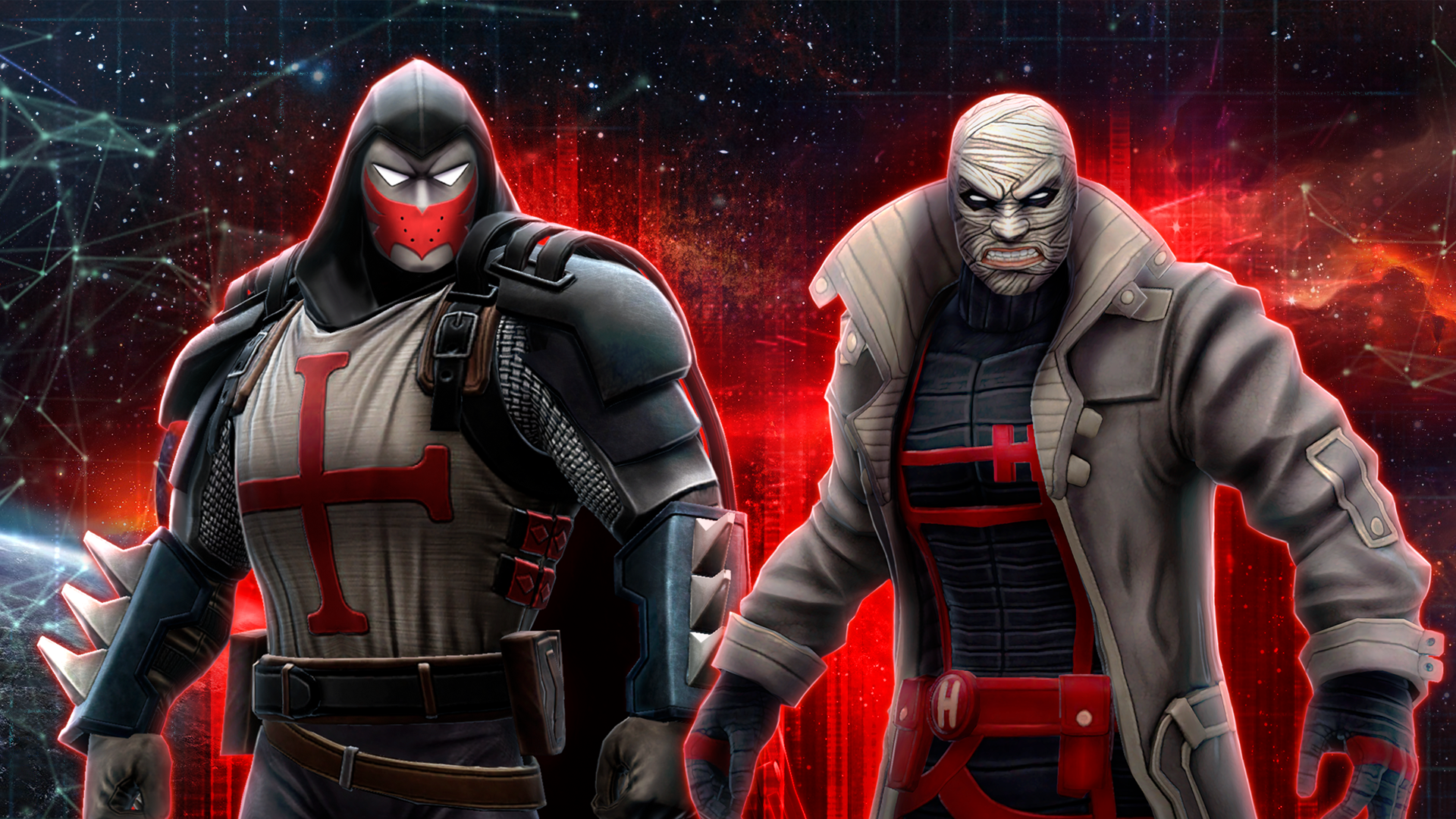 This September, DC Legends will be adding two members of the Batman Universe to the game. Tommy Elliot’s Hush and Jean-Paul Valley’s Azrael will officially join the game. Here are the official descriptions of the characters for the game. AZRAEL: THE AVENGING ANGEL: Jean-Paul Valley, better known as Azrael is a descendant of a long line of bloody crime fighters who wear the Azrael suit. Most of his extraordinary abilities come from severe amounts of subconscious training and conditioning that he endured during his youth, unaware that he was being controlled by a devout 500-year-old religious sect called the Order of Saint Dumas. Trained as an assassin, Azrael relegates from his violent legacy and embraces Batman principles to protect people. Azrael is capable to detect the invisible evil and increase his strength to deliver consecutive hits.

HUSH: THOMAS ELLIOT: After a failed attempt to kill both his parents, Thomas Elliot harbored a grudge against Bruce Wayne. Initially, because Bruce’s father saved Thomas’ mother from the accident, ruining his plan. And later because Bruce lost both his parents, becoming what Thomas wanted to be, a millionaire orphan. Since then, he focused his life on becoming a great mastermind of crime, putting in motion a plan that would ensure the fall of the world’s greatest detective. Hush is constantly aware of his adversaries’ movements and likes to take out weakened enemies to gain an advantage.

There are also two reworks for the month focusing on Batman and Damian Wayne.

BATMAN: THE DARK KNIGHT: After bearing witness to the senseless killing of his parents, young Bruce Wayne was set on his life’s mission to fight the evils that lurk in the night. With training from across the globe and an arsenal of cutting edge technology funded by the Wayne fortune, he adopted a fearsome bat persona to intimidate criminals. Relentlessly pursuing those that prey on the innocent, Batman seeks to save others from suffering the losses he has endured. While in an advanced armored suit, absorbs massive damage and hits hard against taunting enemies.

ROBIN: DAMIAN WAYNE: After being raised in secret and trained since birth by the League of Assassins, Damian Wayne sought out his biological father Batman to prove himself. Despite his arrogance and violent tendencies, Batman recognized Damian’s potential and allowed him to take up the mantel of Robin. As the son, partner, and occasional thorn-in-the-side of the Dark Knight, Damian struggles to prove himself a truly worthy heir to his heroic father. Martial Artist and Assassin. Delivers deadly attacks from the shadows that wear down opponents and keep him out of harm’s way.

Excited about Hush and Azrael joining the game? What other characters would you like to see head to the game?