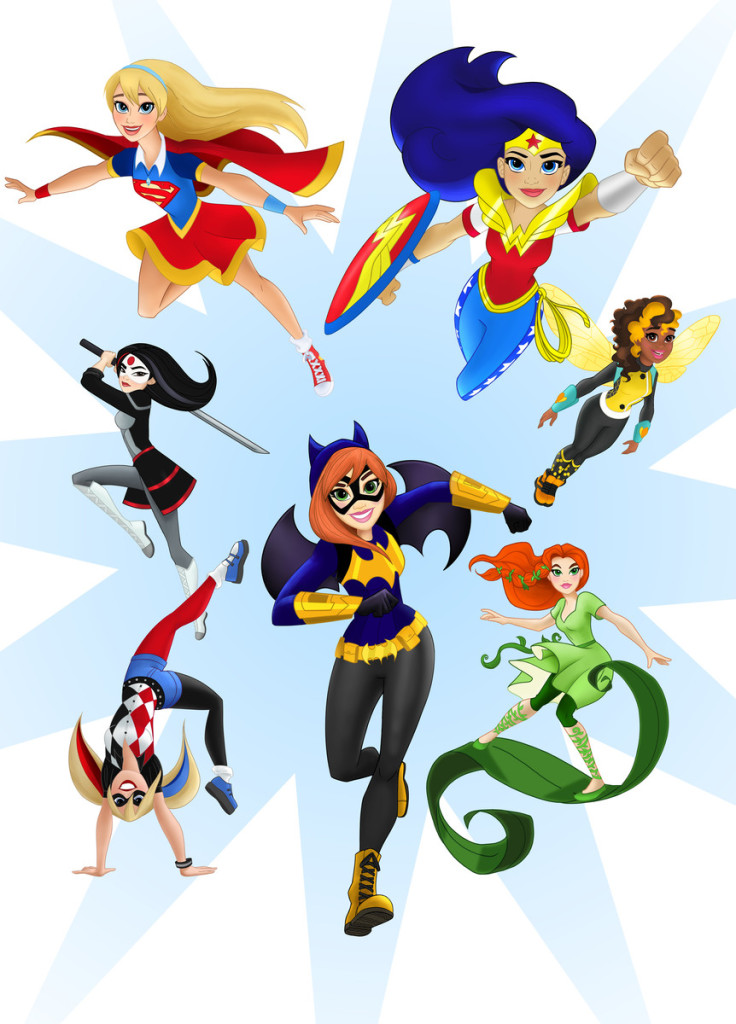 New York Comic Con is right around the corner and Mattel and DC are set to reveal the upcoming line of action figures for DC Super Hero Girls. The website for the line also launched today and can be found here.

The first webisode was also released earlier today and can be seen over in our TV News section.

On the launch of not only the first webisode and the site, social media accounts for the initiative also were launched. President of DC Entertainment Diane Nelson had this to say.

“DC Entertainment has a deep and rich roster of strong female characters – both heroes and villains – that have inspired and empowered girls and young women for decades. From the iconic Wonder Woman and Supergirl, to the complex but compelling Harley Quinn and Catwoman, there is a character to whom every girl can relate, no matter what stage of life in which she currently finds herself. Girls want to experience the strength, action and optimism of Super Heroes too, and DC Super Hero Girls is part of our long-term strategy to offer a diverse array of strong female characters in a fun and action-packed universe, and through a world of epic storytelling on a variety of entertainment platforms.  We could not be more excited and proud to debut today’s first phase of the important new universe for girls.”

At New York Comic Con this week, fans will be able to see the 6″ action figures and 12″ action dolls first hand. There will also be a dedicated panel for new brand featuring some of the women behind the scenes sharing their expectations for the new universe.

Through the press release it was also revealed that Random House will be creating a line of books that will be a key component of the program. They will create a portfolio of middle-grade novels that will bring the DC Super Hero Girls universe to life, offering all-new stories that will expand the world from what is featured in the animated content. At NYCC, Random House will unveil a portion of the first book of the middle-grade novel series, titled Wonder Woman at Super Hero High, by distributing 3-chapter samplers of the title, along with fun DC Super Hero Girls bookmarks, throughout the weekend.

DC Entertainment has also secured writer Shea Fontana to create the inaugural original graphic novel.  Scheduled for release in July 2016, the young Super Heroes are kidnapped by a teenage Lex Luthor the day before Super Hero High’s semester finals. Together, they must combine their Super Hero powers to defeat Luthor and race back to school before final exams begin.

The entire idea of the new universe is based around the following description:

Developed with girls ages 6-12 in mind, DC Super Hero Girls centers on DC Comics characters during their formative teen years at Super Hero High. DC Comics’ icons including Wonder Woman, Supergirl, Batgirl, Harley Quinn, Bumblebee, Poison Ivy, and Katana are featured in storylines that explore being a unique teen, including discovering their super powers, nurturing friendships and mastering the fundamentals of being their own hero. Other DC Comics Super Heroes attending Super Hero High include Hal Jordan, Beast Boy, The Flash, and many more.