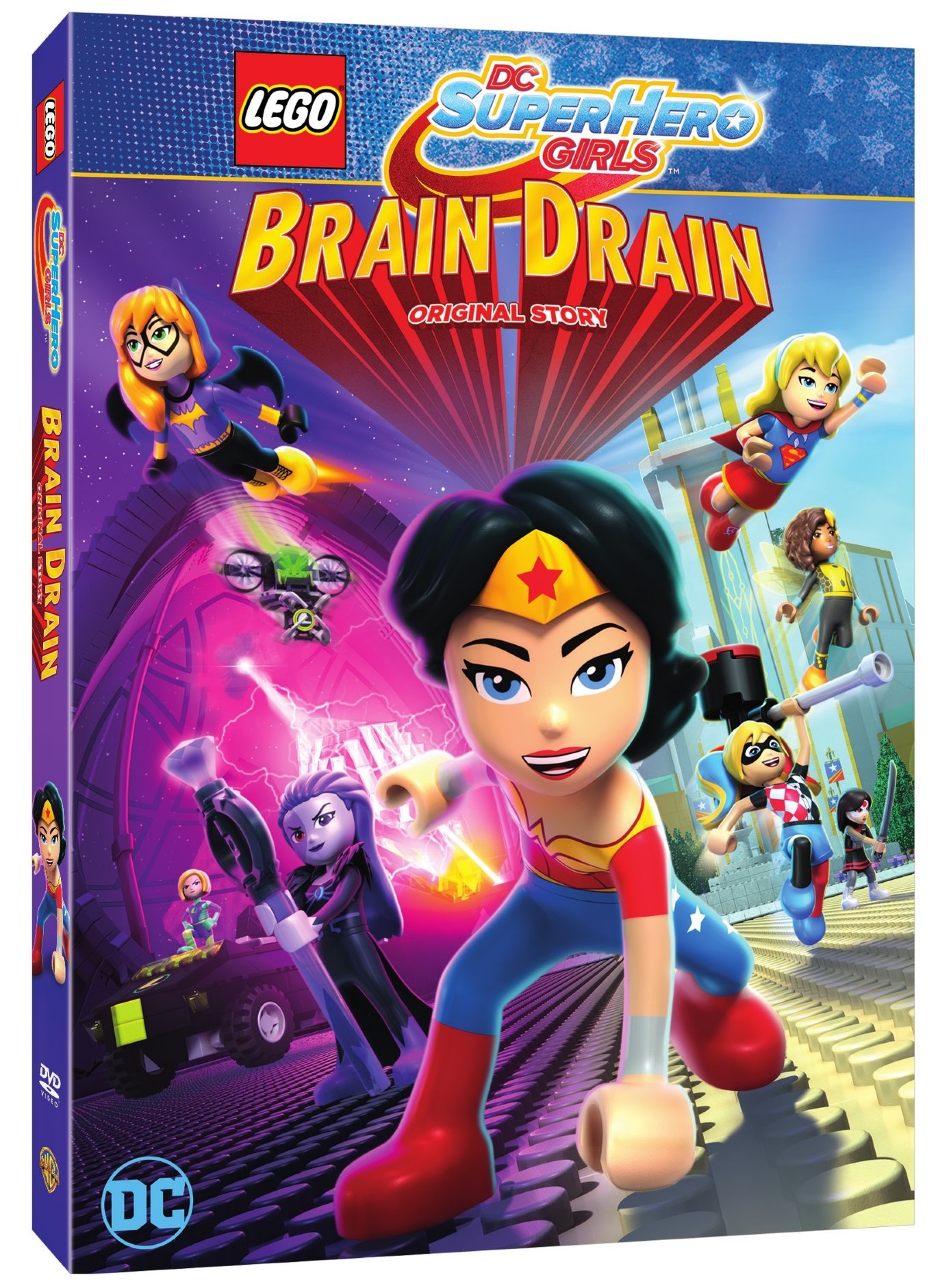 The Story: The girls of Superhero High are back, but this time they’re in LEGO form. Batgirl (Ashlyn Selich), Wonder Woman (Grey Griffin) and Supergirl (Anais Fairweather) wind up losing a day of their lives when they wake up in their dorms after a battle. They discover that they’ve upset varies members of the Super Hero High student body and faculty but have no memory of why. They must right their wrongs, while joining together to stop Eclipso (Mona Marshall) who has teamed up with Lena Luthor (Romi Dames).

The Verdict: This was a fun outing, and it’s great for those who have young children in their lives. Previous installments like “Hero of the Year” proved to be more fun and have more depth than I had expected them too. While this continued in that vein, ultimately something was missing. While “Hero of the Year” focused on more characters and subplots, this sticks to the main trio of Batgirl, Wonder Woman and Supergirl. The easter eggs we enjoyed from the previous movie are not as abundant here. This doesn’t mean the movie was a wash though. The voice acting is top notch, and there were plenty of times I laughed out loud. There is an extended One Direction joke about the song of the summer which still cracks me up.

Ultimately the target audience for the movie is not adult male Batman fans, so to gain some perspective for this review I spoke to a focus group of kids. The two girls are eight and are big fans of the “DC Superhero Girls” line. They represent the target audience more closely than I do. An eleven year old boy added his thoughts to show that the franchise crosses gender barriers.

Melissa: Yes! Can we watch it again?

Lily: With LEGO the heroes were able to pop up better.

Ben: I really liked the movie. It’s good and I believe that the LEGO aspect added a little bit more humor.

TBU: What was your favorite part?

Melissa: When Supergirl used the Red Kryptonite to get mad so she could fight better. Then they took it away from her so she could calm down. That was really funny.

Lily: Whenever Supegirl went on stage with everyone else.

Ben: The time when Supergirl held the Red K and went all rage mode. It would be really cool if she grew an extra head or got a new power or turned into a Bizarro.

Lily: No there wasn’t! It was very amazing.

Melissa: When Batgirl got a bad grade. I felt bad for her. It’s not her fault and she should be able to retake the test. Flash was also really mean about it and never apologized.

Ben: I didn’t like the very end scene just because they didn’t even bother to add extra voices for the singing when everyone joined in at the end.

TBU: Was this better or worse than HERO OF THE YEAR?

Melissa: So much better! It had LEGO! I love LEGO!

TBU: What would you want to see in a future movie?

Melissa: Maybe Doomsday joins the school as a new teacher and only the girls know it’s really him and the boys don’t believe them so the girls have to stop Doomsday.

Ben: Superman and Batman to show up and help them fight a bigger threat like Lex Luthor or Zod.

It appears that while I enjoyed the movie, my joy from it pales in comparison to Melissa’s. “Brain Drain” is a fun movie for the young DC fan in your life.

LEGO DC Super Hero Girls: Brain Drain released last Tuesday and you can order your copy of the film here.