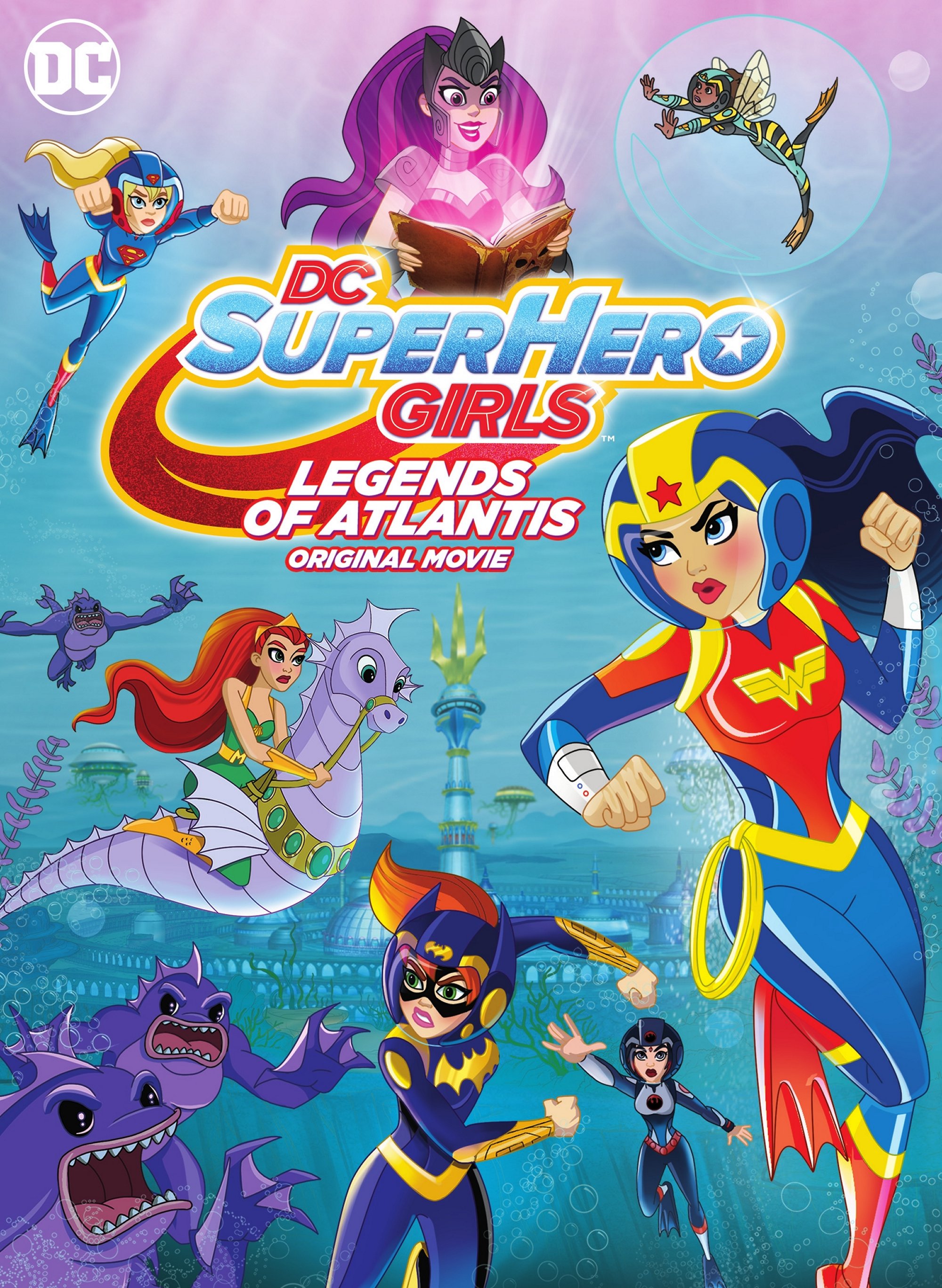 Life is pretty tough for the DC Super Hero Girls. They have to balance time between school, friendships, and saving the world. Now we can underwater explorers to their growing list of responsibilities with the upcoming release of DC Super Hero Girls: Legends of Atlantis, a new original animated film that will follow the girls on an adventure under the sea:

It seems like an uneventful day at school until the powerful Book of Legends is suddenly stolen from Super Hero High. In order to uncover the mystery, Wonder Woman, Batgirl, Supergirl, Bumblebee and the rest of the Super Crew must journey through the depths of the ocean to Atlantis. There, the girls encounter Mera and Siren, the ocean-dwelling thieves, who prove to be a formidable match. In order to recover the stolen tome and return it to its rightful place, DC Super Hero Girls must band together and use their collective powers to successfully get back to land…and back to class!

The movie will be available on DVD and digital platforms on October 2 with the 44-minute previously-aired television special, “Super Hero High” included as a bonus feature. With the latest LEGO movie also featuring Aquaman, are you starting to see a trend of what character Warner Bros. wants the focus on?