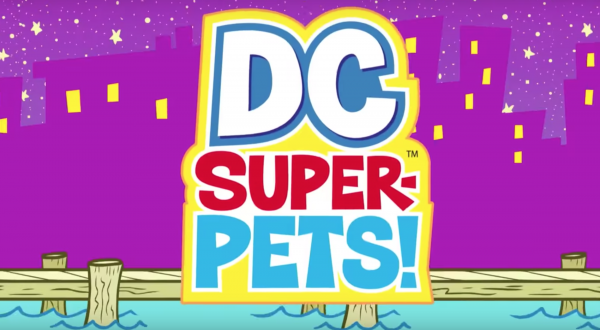 Jared Stern, who wrote the immensely entertaining The LEGO Batman Movie has been tapped by Warner Bros. for another DC property, but probably not one you’d immediately think of. According to a report on Collider, Stern, who also worked on Disney movies Wreck-It Ralph and The Princess and the Frog, will write Super Pets, based on the four-legged sidekicks of everyone’s favorite superheroes. It’s unclear on if the movie will be based off existing media that feature the pets such as the Cartoon Network series or the Legion of Super-Pets comic series, or if the movie will be a wholly original take on the characters.

There have been a number of Super Pets over the years including Krypto the Super Dog, Comet the Super-Horse, Ace the Bat-Hound, and even Beppo the Super Monkey. Stern clearly has a lot of animals to choose from. The Super Pets originated in the comics over the extensive history of the DC Universe but became even more popular once they became something that Art Baltzer and Franco branched out of Tiny Titans and also became a series of shorts as part of the DC Nation block a few years back. DC Collectibles has released plush versions of some of the more popular characters and they have sold out pretty quickly as well.

The movie looks to be in early development and no release date has been announced. If this pans out it could be another film for WB to add to their animation slate in the upcoming years. Stay tuned for more information as it becomes available.