With all of the new DCU shows running amok on network television, and supposedly more on the way, we here at the Batman Universe thought we would shed some light on just what applies to Batman as far as all of the links and Easter Eggs piling up from episode to episode on all of the following series: The Flash, Gotham, Arrow, and possibly Constantine. Now some of you may be familiar with all of this stuff, and some of you might have no clue what I’m going on about. That’s fine either way. This is meant to inform those of you who haven’t read the last 25 years in DCU continuity (and that’s NOT even including the New 52). It will hopefully shed some light on some of the allies and enemies the Dark Knight has crossed paths with over the years.

As always, we don’t want to ruin it for you in case you aren’t up to speed on any of these shows. Thus, you have been warned. For ahead lies SPOILERS! Do not read any further if you are not up to date on any of the DC Entertainment shows.

There is a lot to catch up on, so I will try to keep it simple where I can. We have four shows to cover, so let’s get caught up quick.

Episode 2 – The Darkness Beneath 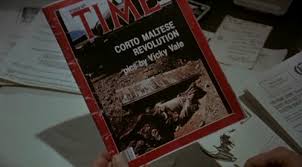 Episode 6 – Spirit of the Goat

So that’s what we have so far. If there’s anything you guys want us to include and we didn’t, please comment. I read every one. Tune in next week for the batch of TBU Links.