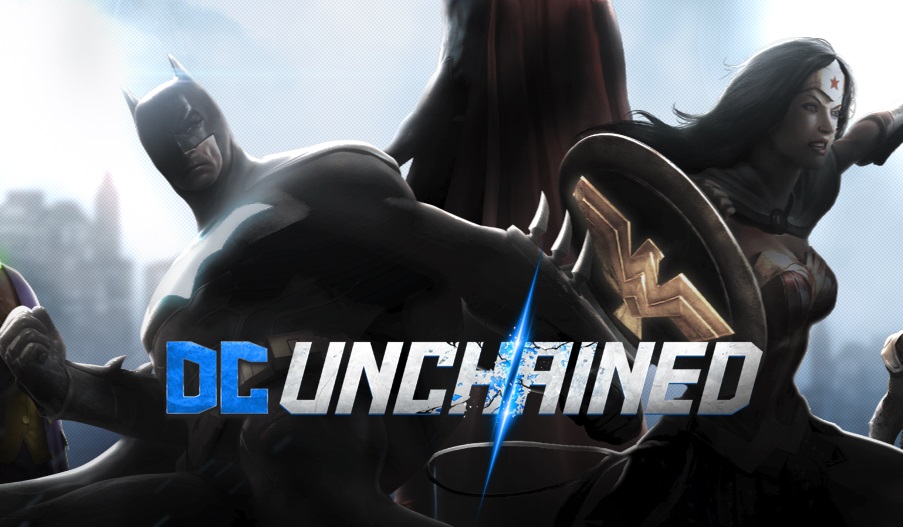 Fans of mobile games such as Marvel Future Fight and DC Legends are about to see a new mobile game take up precious space on their phones and tablets. DC Unchained, a hack and slash game where you take teams of three heroes or villains through waves of enemies has just entered a closed beta. That’s the good news. The bad news is the beta is currently restricted to Taiwan, Japan, and Hong Kong, but we should expect the game to hit America after the beta finishes.

If you’ve played Marvel Future Fight, or the Marvel Ultimate Alliance games, you’ll have a pretty good idea of what to expect. After you select a team of three, you’ll be thrown into the game itself where you alternate between standard attacks and special moves (such as Superman flying up and pounding down into the ground) to defeat countless foes. As you play on, you’ll be able to level up your team while also equipping new gear, and even new outfits, allowing you to fully customize the characters to your taste and play-style.

According to MMO Culture because this is a free-to-play game, your characters will have stamina, which, after you expend it all, you’ll need to wait to recharge before jumping back in the game. As the beta has just begun, additional free-to-play trappings have not been revealed, though you shouldn’t be surprised if infamous loot boxes appear.

Check out the trailer for the game, and, if you live in the countries the game is available (or know of a way to download from those region-specific app stores) let us know what you think.

Currently there is no confirmed word yet on a release date for the full game.