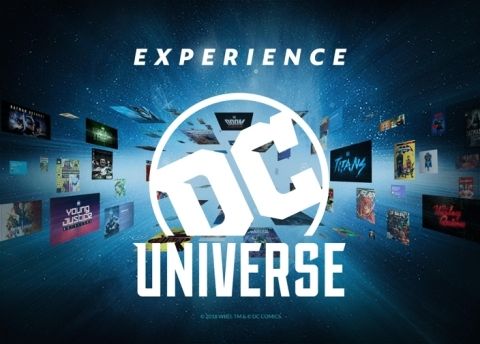 We’re starting to get more and more information on DC Universe up to its release this fall and today it has been revealed how the pricing structure for the service will work. Subscribers can pay $7.99 per month or, you can sign up for a one-year subscription for a discounted rate of $74.99. If you sign up for the yearly membership you’ll also get three additional months free. You can sign up directly by heading over DC Universe now.

To celebrate the impending release of the service, and to drum up some early subscriptions, DC Universe will enter any new yearly subscribers into a sweepstake to win two tickets to the December premiere of Aquaman, but you must sign up by July 22 to enter. If you’re at SDCC this weekend and sign up at the DC Booth you’ll also get a free t-shirt.

The DC Universe streaming service will give subscribers access to new content as well as classic DC animated TV shows and movies along with access to digital comics, exclusive collectibles, and contents. In addition to the trailer debut earlier today for Titans, it was also confirmed that Batman Beyond, Batman: The Brave and the Bold and the Justice League animated series will be available on the service

There’s currently no official release date announced for the service outside of this fall. Stay tuned for more information as it becomes available.