What Actors Have Been in DC and Marvel Movies or TV? Part 2 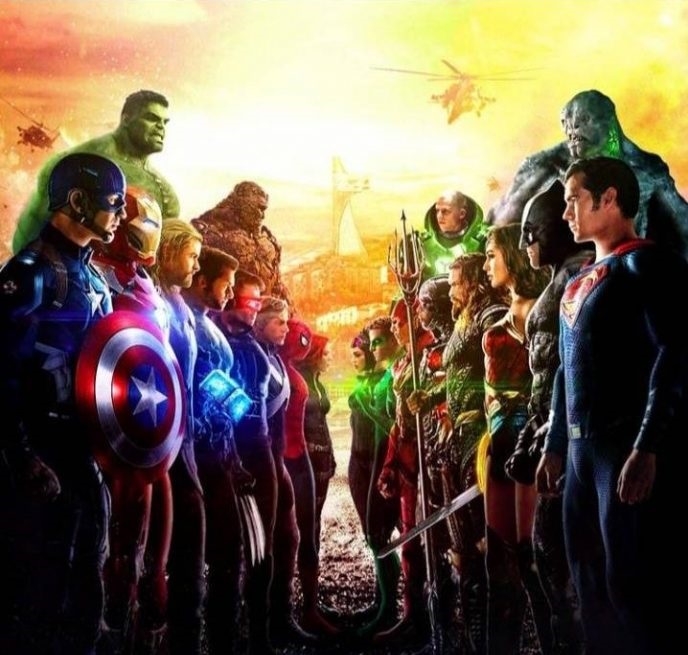 This article is part 2 of our new series that breaks down actors who have crossed the threshold between DC and Marvel and acted in both properties. If you are interested in the first installment, head over here. Otherwise, let’s dive into another cast of actors who have popped up in more than one of the comic book properties you know and love.

Christine is a British/American actress/model who has acted in many British and American film and television projects, such as Doctor Who, Pushing Up Daisies, Nip/Tuck, Tron: Legacy, and many others.

If you don’t remember Christine’s role in Batman Begins (2005), then you need to rewatch it. She’s only in one scene, but the look of “OH CRAP” on her face when she realizes she’s being dismissive of BRUCE WAYNE is nothing short of memorable. 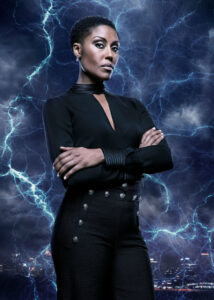 Christine returned to DC, this time for the Fox/CW’s Black Lightning series as a regular cast member, Jefferson Pierce’s ex-wife and a neuroscientist. She is a member of Black Lightning’s team and has/has had meta-powers. She is fiercely protective of her family, as well as a caring person. 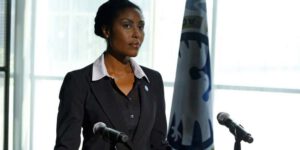 In the show Agents of S.H.I.E.L.D., Christine plays the director of SHIELD’s Academy of Science and Technology.

Though recently in the spotlight due to his role in 2021’s Belfast, Ciarán Hinds is known to me as the kind and dignified fashion designer in Miss Pettigrew Lives For A Day (2008). His calm and collective style makes him perfect for a gentleman, grandfather, or soft-spoken knight to sweep you off your feet. 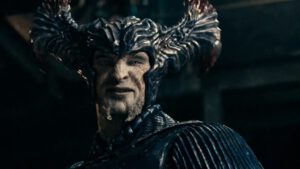 The big bad from Apokolips and uncle of Darkseid in DC’s The Justice League movies. Though he was 3D animated, Steppenwolf was voiced by Ciarán Hinds. However, there is enough voice modulation that it is very hard to hear him through it. 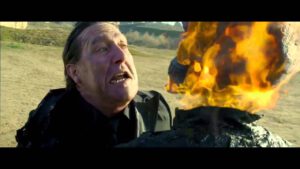 The creator of Ghost Rider, or the one who tricked him into becoming Ghost Rider, Ciarán played the character very creepily, with a bloody eye to up the creep factor, very chilling yet with the sophistication expected of the actor.

Cliff was an actor of the days of black and white television, starting in the 40s and acting all the way until the early 00s. His big claim to fame was his 1968 Academy Award-winning role in the Charly. 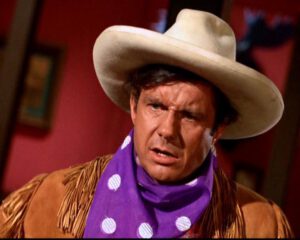 Shame was a recurring character in the show and was known as the Conniving Cowboy of Crime. His shtick was having cowboy cronies and associates, as well as dressing like a cowboy. I was delighted to find he had acted in this role because that meant I could add him to this list. Most of you will know him much better as… 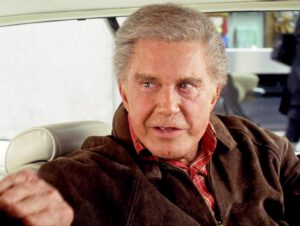 “With great power comes great responsibility”…dying words of the sweetest guy known in comics. Though his character is not in the movie for very long, his words and his life follow Peter Parker everywhere he goes. We also can’t and won’t soon forget Uncle Ben.

If you don’t know Cobie Smulders, then you most assuredly have heard of the show that is her claim to fame – How I Met Your Mother. The Canadian actress played the mysterious Robin that for many seasons was teased to be the mother in the name of the show. 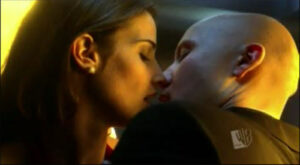 Cobie was featured on season 4 of Smallville as a spurned ex-lover of Lex Luthor. This femme fatal goes a little off the deep end after Lex dumps her and ends up killing his exes and eventually coming after him. 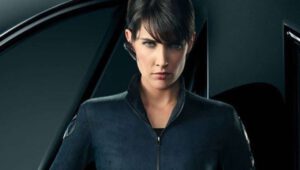 However, Cobie has made her mark on the MCU by portraying Nick Fury’s ever-present right hand – Maria Hill. The former Deputy Director of S.H.I.E.L.D., she is a straight shooter who plays by the book, though has been known to do what she believes is right in spite of the rule book.

Colin Farrell is an Irish actor who came into my life as a handsome and foul-mouthed delight to watch. If you haven’t seen In Bruges (which also features Ciarán Hinds), you absolutely must. He has shown a lot of depth as an actor, with a wide range of films.

DC – The Batman – The Penguin 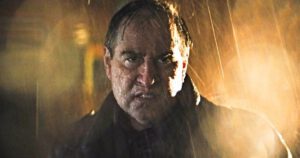 Given the number of prosthetics on Colin in the film, makes me wonder if there is something special about the actor that the casting director wanted, even if he didn’t fit the bill aesthetically. However, I am excited to see Colin in this role. 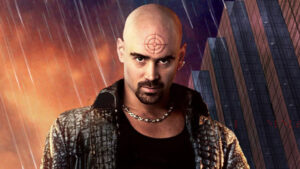 I’ll be honest, I’ve never seen Daredevil (2003), and based on reviews from the last eighteen years, I don’t intend to. However, if they were going to cast a bad-ass Irish man, they did right there, even if the film was terrible.

Colin is a British actor known as Charles Robinson the James Bond Franchise and James “One” Shade in the Resident Evil series and has acted in many other TV shows and movies.

One of Colin’s roles has included Walter Steele in the DC/CW show Arrow. He played Oliver’s assumed dead former step-father. 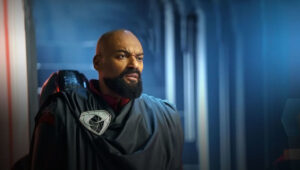 A little more recently Colin played the recurring character of General Zod in the Syfy series Krypton. He loves Krypton and is willing to do anything to save it from its imminent destruction. 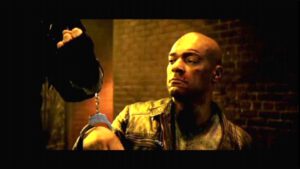 Marvel’s 2008 panned reboot to the Punisher franchise starred Colin as Paul Budiansky, an FBI agent who wants revenge on the Punisher for him taking out his friend and partner. He is a really honest and decent guy trying to do the right thing.

Dave has been a WWE wrestler since 2002, going by his ring name – Batista. In 2006, he blessed the world and started acting in various film and TV projects. 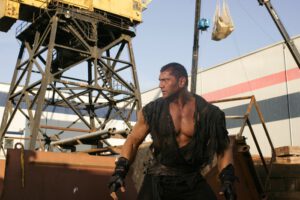 Aldar was a criminal who was banished to the Phantom Zone but accidentally let out by young Clark Kent. He feeds on bone marrow and is incredibly strong (duh!). He was featured on season six of the TV series. 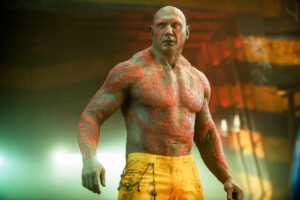 Marvel – Guardians of the Galaxy- Drax

Of course, we all know Drax. The Kylosian warrior who takes everything literally. He has become a beloved part of the MCU, and we look forward to seeing him in the upcoming third installment of the Guardians of the Galaxy franchise.

I don’t know much about David aside from his roles in comic book movies, but that being said…he is in A LOT of comic book movies, so I have seen him quite a bit. If this was a “just in DC projects” list, he would be one of the very few people on the list, and he would most likely win most DC appearances. He’s also known for roles in Denis Villeneuve’s films, such as Prisoners, Blade Runner 2049, and Dune.

Originally when I made this list to find cross-over actors, I had deleted all the roles that seemed to be played by extras: EMTs, boy #1s, and thugs…and I realized I had made a big mistake. Aside from removing all the amazing cameos done by famous actors, there are some minor roles that really stand out – and Joker’s Thug from The Dark Knight is one of those roles. His haunting smile, his silence but manic little giggle…he has a very short but memorable part of the film. 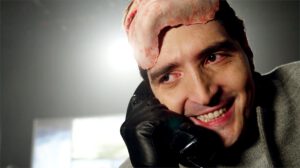 Obviously inspired by his character in The Dark Knight, Dwight is a Joker fanatic who is part of the followers of Jerome Valeska – the character teased as the Joker in Gotham (he wasn’t). After Jerome loses his face, Dwight begins wearing it in a strange form of love and loyalty. 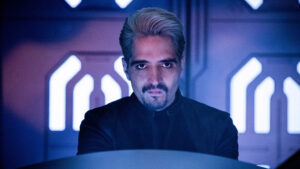 In CW’s The Flash, Abra Kadabra, or Philippe, plays the role of a recurring criminal/time traveler. He appears to be a man filled with a lot of pain and has still had enough humanity left to understand his actions are wrong.

2021’s The Suicide Squad, the reboot (not a sequel) of 2016‘s Suicide Squad starred a lot of new villains that made their mark one way or the other. Polka-Dot Man was definitely one. This movie, and his character, in particular, were very traumatic for people with trypophobia (fear of clusters of holes or bumps). However, he played a character of many layers…though most of those layers were issues with his mother. 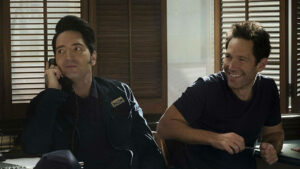 And finally, his role in Marvel. Kurt is a friend of Scott Lang, a cybercriminal, and eventually a business partner. Though a small character in the film, he is still part of what makes that franchise enjoyable.

Dichen is a Tibetan/Australian actress and producer who has made her mark on such projects as Joss Whedon’s Dollhouse and the cyberpunk drama Altered Carbon. 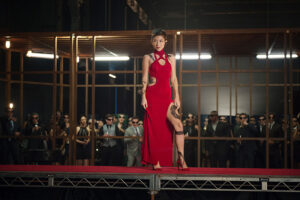 Also known as Veronica Sinclair, Roulette is the head of an illegal mortal combat ring. After Supergirl shut her down, she continued to do naughty things by starting a human trafficking ring. 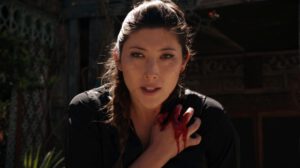 Still a villain in Marvel, she plays a slightly more complex and layered character, having her humanity stripped from her over time. Though not immortal, Jiaying is able to drain willing people’s lifeforce and take it for herself to prolong her life.

Though his name doesn’t roll off the tongue, Djimon has been making a name for himself for a very long time. One of his very early films was starring in Amistad as Cinque.  He has a very commanding presence, yet has a very charming and disarming smile…and boy does he love DC films. 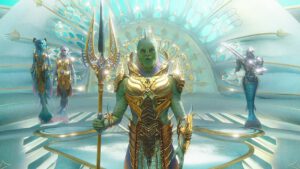 You may not have recognized him in this role as he was mostly in makeup and CG. Ricou is the ruler of the Fishermen Kingdom who refuses to join Orm. He is a peaceful man and is too quickly killed by Orm.

A former Hell-fighting witch doctor and now nightclub owner, Papa Midnite helps Constantine see a vision by letting him sit in his electric chair. His nightclub is a neutral zone for members of Heaven and Hell to congregate.

And lastly, on the DC list, the Wizard is a wise wizard who tests people to see if they can deny the seven deadly sins, therefore proving themselves worthy of the power of Shazam! He had tremendous power and had a very long lifespan.

His Marvel appearance is as Korath the Pursuer, who was a Kree Starforce member, but then left to become Ronan the Accuser’s right-hand man.  He has appeared in Captain Marvel and Guardians of the Galaxy.