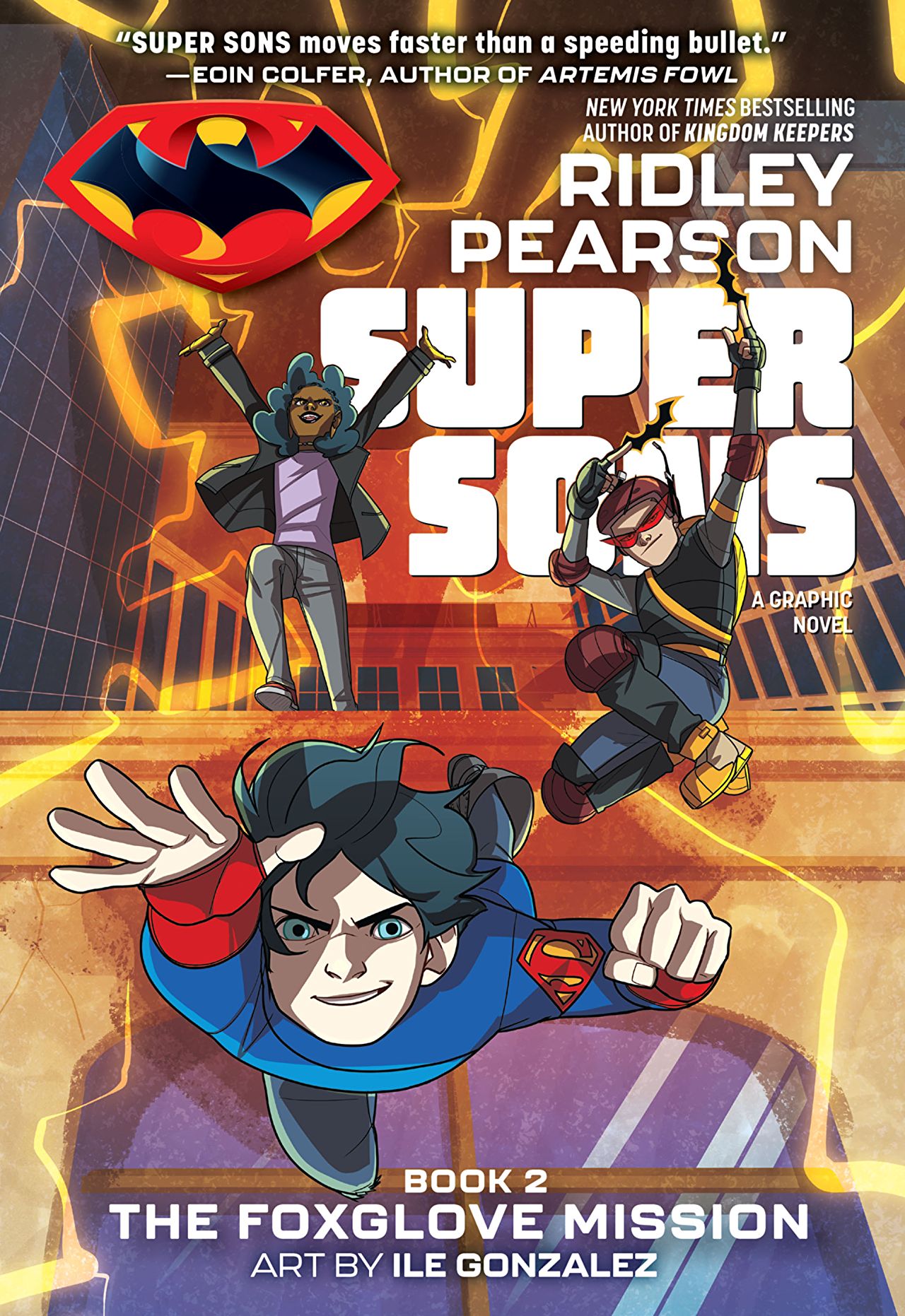 Overview: The Super Sons are back, along with Tilly and Candace. While their fathers are away, Jon and Ian continue to investigate the mysterious virus that threatens humanity, with Tilly along for the ride. Meanwhile, Candace continues to investigate her past, with a group of dangerous enemies hot on her trail.

Synopsis (spoilers ahead): Jon Kent and Ian Wayne continue to have the weight of the world on their shoulders. With their fathers away, the boys work together to find the origins of a deadly manmade virus. The stakes are personal for Jon as his mother, Lois Lane, is still fighting the virus. Tilly joins the boys with helping to keep them level headed, which is no easy task. Ian’s insistence on doing things by himself leads to conflict between him and Jon, which threatens their mission. The boys eventually cross paths with their friend Candice, who is on a quest to uncover the truth about her heritage. Unfortunately, Candice is being hunted by some folks who don’t have the best intentions for her, and the Super Sons get caught in the crossfire.

Analysis: I hadn’t realized how much I missed these kids until I opened up the first page. The main continuity version of Jon has currently aged up to a teenager, while Damian is currently involved in a freaky hostage situation with his alternate reality grandfather, which means that we need these versions of the Super Sons now more than ever.

I will emphasize as I did in the last review, that this is not meant to be looked at the way you would a traditional comic book. This part of the DC Zoom young reader imprint, which is meant to be read and enjoyed by tweenage children who aren’t typical comic readers. This is for middle school students who read young adult adventure novels and can be seen as a gateway title to the larger DC Universe. That doesn’t mean that diehard DC fans can’t enjoy this, but keep in mind that this isn’t for those sensibilities and you may need to adjust your expectations.

As young reader books, this series continues to deliver. It’s a group of young kids exploring new settings and fighting off dangerous enemies. What more could you want? The banter between Jon and Ian was more fun this time around, with the highlight being a fight the two Super Sons have after Ian tries to leave Jon behind during their mission. I know I said not to go into this expecting the Super Sons comic, but that exchange was familiar in all the best ways.

Tilly gets her own superhero identity as the Puppet and it’s absolutely adorable. Curiously, she’s left off of the cover again, a mistake I hoped would be corrected this time around. Tilly is just as big of a player as the other three kids and I hope book three gives her the cover placement she deserves. After all, behind every good Super Son, there’s a female friend motivating them. Speaking of which, one of the most endearing parts of the story is where she gives Jon a kiss for luck (ala Princess Leia) before he makes a super leap. Jon blushes and is then motivated like never before. Some of the best parts of the story are just the kids being kids.

The new settings were fun, and the society that was built on the flooded ruins of coastal cities was an interesting sight. I would’ve loved to have spent more time in that world. Ridley Pearson crafts a fun world and Ile Gonzalez continues to bring it to the life with style. My only complaints are similar to what I mentioned for book one, the scene transitions feel weird. Conversations begin and end abruptly, and scenes switch settings awkwardly. It can make for an awkward reading experience at times, but the strength of the narrative makes up for any shortcomings. All in all, this book is another fun outing for the Super Sons.

Final Thoughts: Another victory for DC Zoom. The latest chapter in the Super Sons saga is a classic young adult adventure that will thrill middle school-aged readers, and remind adult fans of the feeling they had back when they were kids.