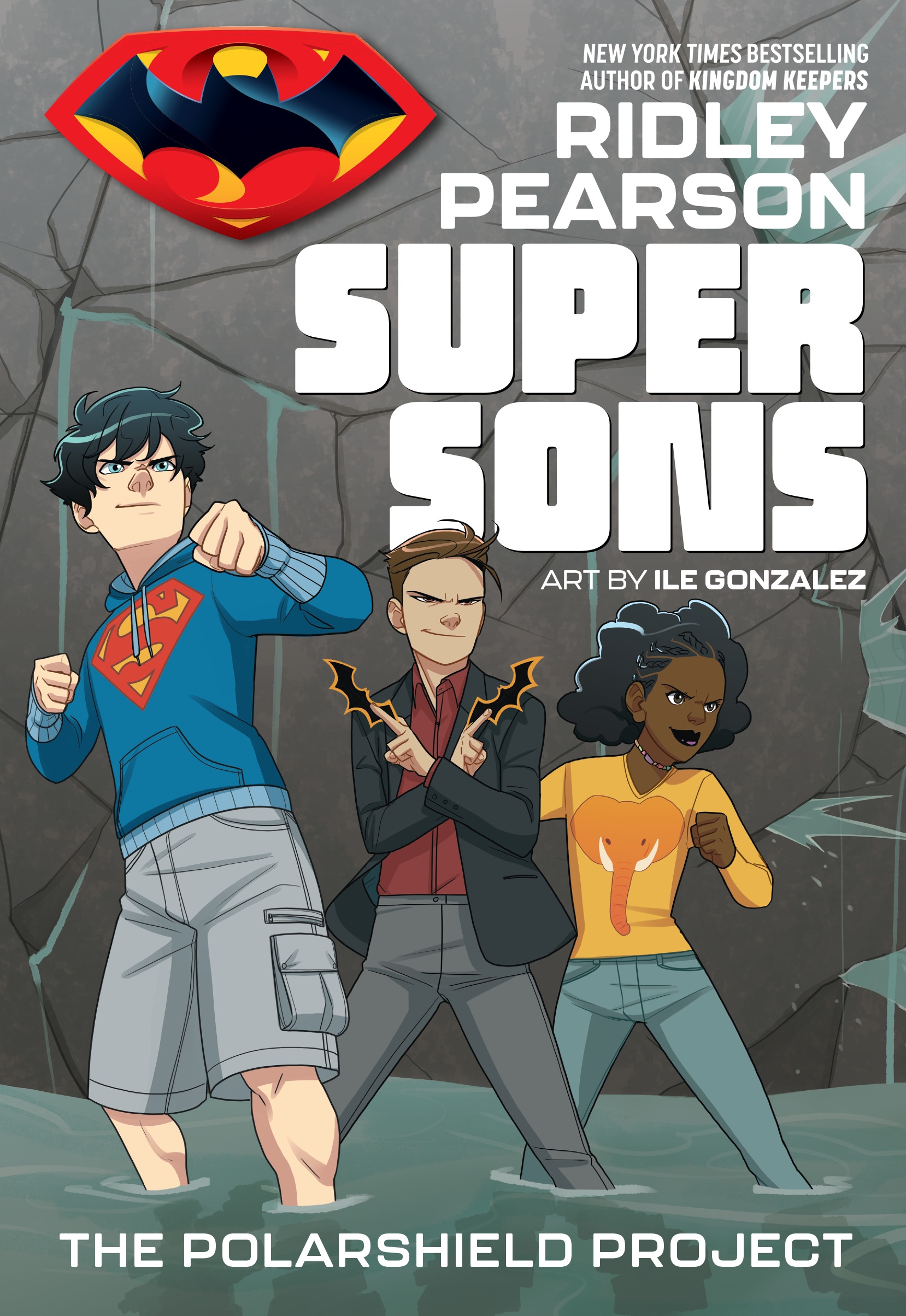 Overview: In the near future, coastal cities have started to flood due to global warming, causing their citizens to move inland or to other regions. This relocation puts Superman’s son Jon Kent in the path of Batman’s son Damian “Ian” Wayne. Together with their friends Candace and Tilly, the tweens help uncover a corporate conspiracy that’s infecting unsuspecting citizens.

Synopsis (spoilers ahead): Jon Kent finds himself alone (babysitter notwithstanding) in a new city after his father is called off world to help with the global warming crisis, and his mother mysteriously falls ill. Jon has inherited his mother’s ability to keep digging for a story, so the concerned boy looks into Lois’s condition and discovers that a bioterrorist group is secretly poisoning people.

Jon is joined by his eager classmate Tilly, and they soon wind up crossing paths with a mysterious armored boy known as Batkid. It turns out that Batkid is none other than Damian “Ian” Wayne, a preppy rich kid whose father is being blamed for building faulty dams. Ian knows that the dams had been sabotaged and wants to clear his father’s name.

Another child named Candace winds up in the kids’ orbit after an awkward trip to the fortune teller leaves her confused about her origin and destiny. Together the tweens overcome their own personality clashes and hidden agendas in order to work together and make sure the virus can be stopped before it does unspeakable harm.

Analysis: It’s important to remember that these boys are not the Jon and Damian that we’re used to, and that doesn’t have to be a bad thing. Writer Ridley Pearson, who has authored many young adult adventure novels, was given creative freedom to revamp the boys for this book. This novel will be one of the launch titles for DC’s middle-grade age targeted line, DC Zoom, so it’s also important to remember that the target audience is not traditional comic book fans, but middle school readers who may have overlooked comics. That doesn’t mean that comic fans won’t enjoy this, but it’s important to go into the book with those expectations.

Think of the book as an Elseworlds story, since Pearson is building a new and unique version of the DC Universe from the ground up. Although Jon and Damian were remade, their core personalities still wound up being close to their comic book counterparts, albeit with some slight differences. Jon is a bit more proactive and was able to talk Perry White into giving him and his classmate Tilly internships at the Daily Planet. Damian prefers to be called “Ian”, and it’s unclear whether his League of Assassins background is still intact. He’s more of a preppie rich kid, but his arrogant attitude is still there. The DC Universe that Pearson builds is close to the one we’re familiar with, but there are a few differences like Jill Olsen, and Alfred being replaced by a young female assistant name Patience.

The story is interesting, and thanks to the larger page count, the boys are given more time to develop their relationship. Their uneasy friendship is nuanced, with personality clashes and conflicts that serve the story. In other words, Jon and Ian both behave like real middle schoolers and their tension arises from that, rather than a superhero rivalry. The boys are fun, and reading their adventures reminded me of the young adult novels I had consumed during my tween years.

The book may be called Super Sons, but the girls are given an equal role in the adventure. In fact, Tilly’s contributions were so big, I’m surprised she was excluded from the cover. I liked Candace, but I wish more time was spent on her origins since it feels like the book never truly delivered on the teases her introduction gave us. There are sequels being planned though, so perhaps we’ll see it there.

Although the book had more space than a traditional comic book to develop the story, some of the scene transitions seemed jarring or rushed. Some scenes would end abruptly, or the setting would change before a conversation had reached its conclusion. More than once I had to check to make sure I hadn’t skipped a page. The adventure was still enjoyable, but that aspect was distracting.

Ile Gonzales did an excellent job on the art. The characters and their world have a unique look, and I like the idea of redesigning Damian for this alternate universe. In fact, I wish Gonzales had done more to differentiate Jon from his comic book counterpart. The colors are great, and the facial expressions help add fun depth to the kids.

Final Thoughts: Ridley Pearson writes a fun adventure story. I wish books like this had been available when I was in middle school because I would’ve read them until the spine was worn out. Reading this brought me back to those young reader days and recaptured that sense of magic. I hope we continue to see more like this from the DC Zoom line.

Editor’s Note: DC Comics provided TBU with a review copy of this title. You can purchase your own copy and help TBU out in the process by heading over to Amazon.