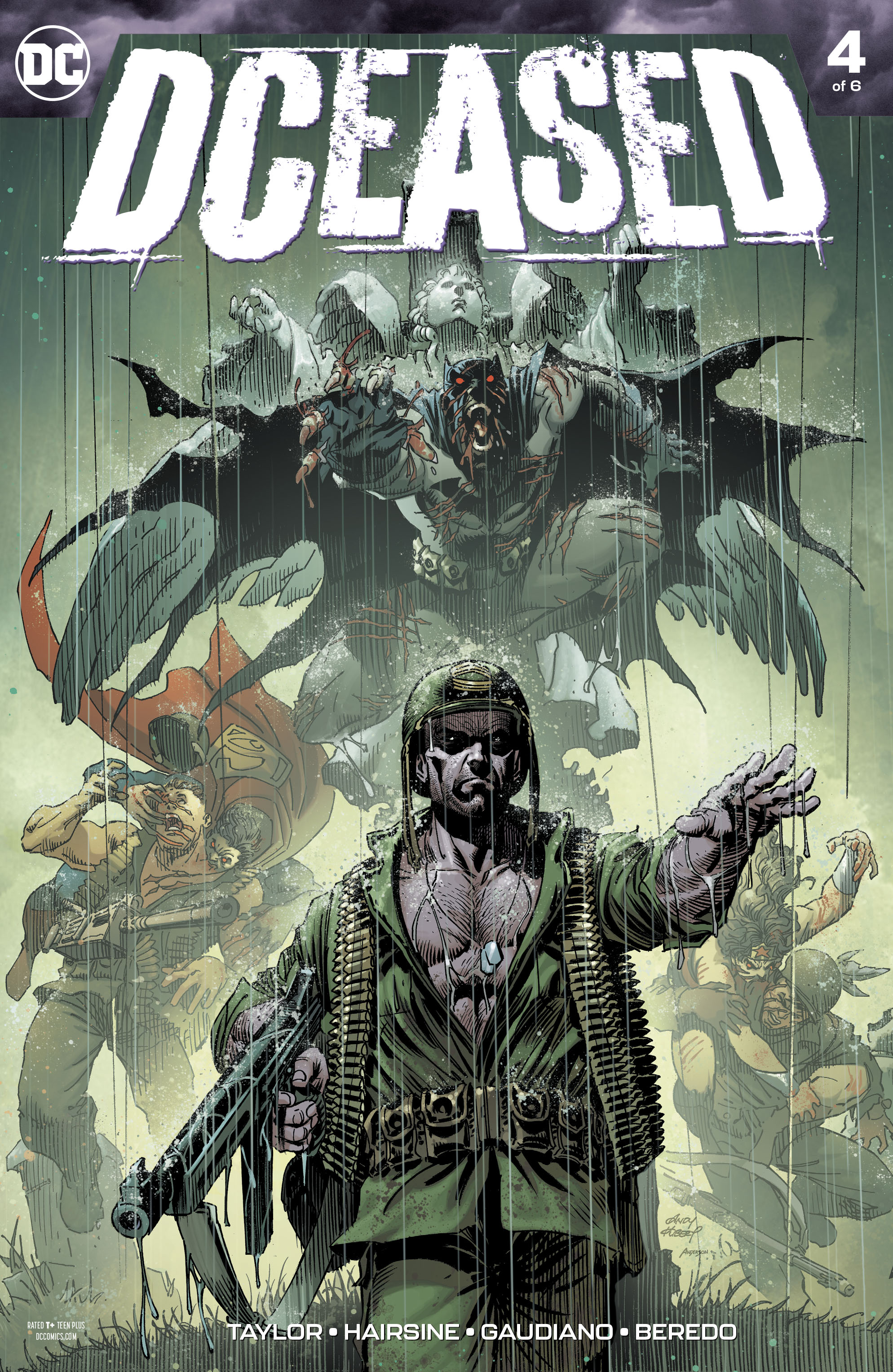 Synopsis (spoilers ahead): In the Cadmus research center, Amanda Waller and Captain Atom watch as Ray Palmer (Atom) has shrunk down to analyze the virus of a captured undead person. Captain Atom thinks they still have time to reverse the virus’ effects, but Waller tells him it is time for him to go and excise the infection. But as he left, he realized something was very wrong. A being of living atomic energy should be impervious to any disease, but he could not have accounted for Palmer. Palmer had been studying the diseased, but he infiltrated the Atom’s bloodstream and started infecting his cells one by one.

Clark and Martha land on the Daily Planet, and Lois and Jon hug them both over the loss of Jonathan. Lois tells Clark they are ready to broadcast to every analog radio and television channel they can reach. Clark says he needs to get back out there to save people, but Dinah and Oliver say he cannot. He is the most powerful man in the world, and he must not fall under the spell of the undead. Clark reveals he has taken precautions since he first learned the virus spread through technology: he has only used his X-ray vision to see.

Lois uses the microphone and addresses the world. She tells those listening they are not alone. She knows people are scared, but the world is mounting a response. The Justice League is gathering in Metropolis, and anyone with powers is welcome.

Mera stands before Queen Hippolyta in the Palace of Themyscira explaining her circumstances: her city, her home, and her love have all fallen to the Anti-Life Equation. Hippolyta greets her and tells her she is welcome to stay with the Amazons. Off to the side, a radio plays and Diana listens to Lois’ call. Diana leaves the palace and flies to Metropolis.

Dinah and Clark soar over Keystone City in search for Barry and Wally. They hid when Batman radioed and said they needed to keep themselves away from the public. If one of them should become undead, it would spell disaster for the world. Dinah and Clark offer to take them Metropolis safely.

In Gotham, Harley uses her shotgun to defend her self from the zombified Birds of Prey. Ivy comes out of the shadow and uses her vines to subdue the undead. Harley wonders what they are going to do next, and Ivy shares the green will protect them.

Just as Lois finished her address to the world, an undead Giganta lunged at the rooftop of the Daily Planet and almost killed everyone on the roof, but Alfred used the Batwing’s offensive weapons on her just in time. Clark knocked her down, and Diana was about to give the killing blow but was stopped. Clark argued they were infected, and there is the possibility they could be cured. But, Cyborg shoots a hole in her head and tells them that is not possible. Once they are infected, they are infected forever.

Alfred lands the plane and opens Bruce’s suitcase for Damian. Alfred says the cape and cowl belong to Damian, he is the heir to the Batman. He said Bruce was always proud of his son.

Cyborg tells everyone the undead have one goal – to spread more death. They can sense life, and when they find it, they will end it. They are not safe at the Daily Planet; they have to leave now.

Kendra falls from the sky telling Diana and company Captain Atom is unstable and ready to explode. Diana and Clark fly to Washington, D.C. to send him as high in the atmosphere as they can. But, they were too late. He exploded. D.C. was gone in an instant. Baltimore was crushed. And soon, the explosive shock wave came to Metropolis and the city was bathed in bright blue light.

Analysis: Tom Taylor is the master of feels. He does a wonderful job of playing with emotions in this series. He gives the characters a humanity that makes you identify with each character on a personal level.

One of the most touching moments of the comic was when Mera went to Themyscira. You could feel Mera’s loss. You could sense her despair. And, you can feel the hope and love Hippolyta gives her by saying she is welcome there.

The art is perfect for this issue. It is gritty and detailed. It conveys how dark and chaotic everything is. The best panel is when Cyborg shoots Giganta and you can see him through the hole in her head.

Final Thoughts: This is just another great issue by Tom Taylor that has you clawing for Kleenex.