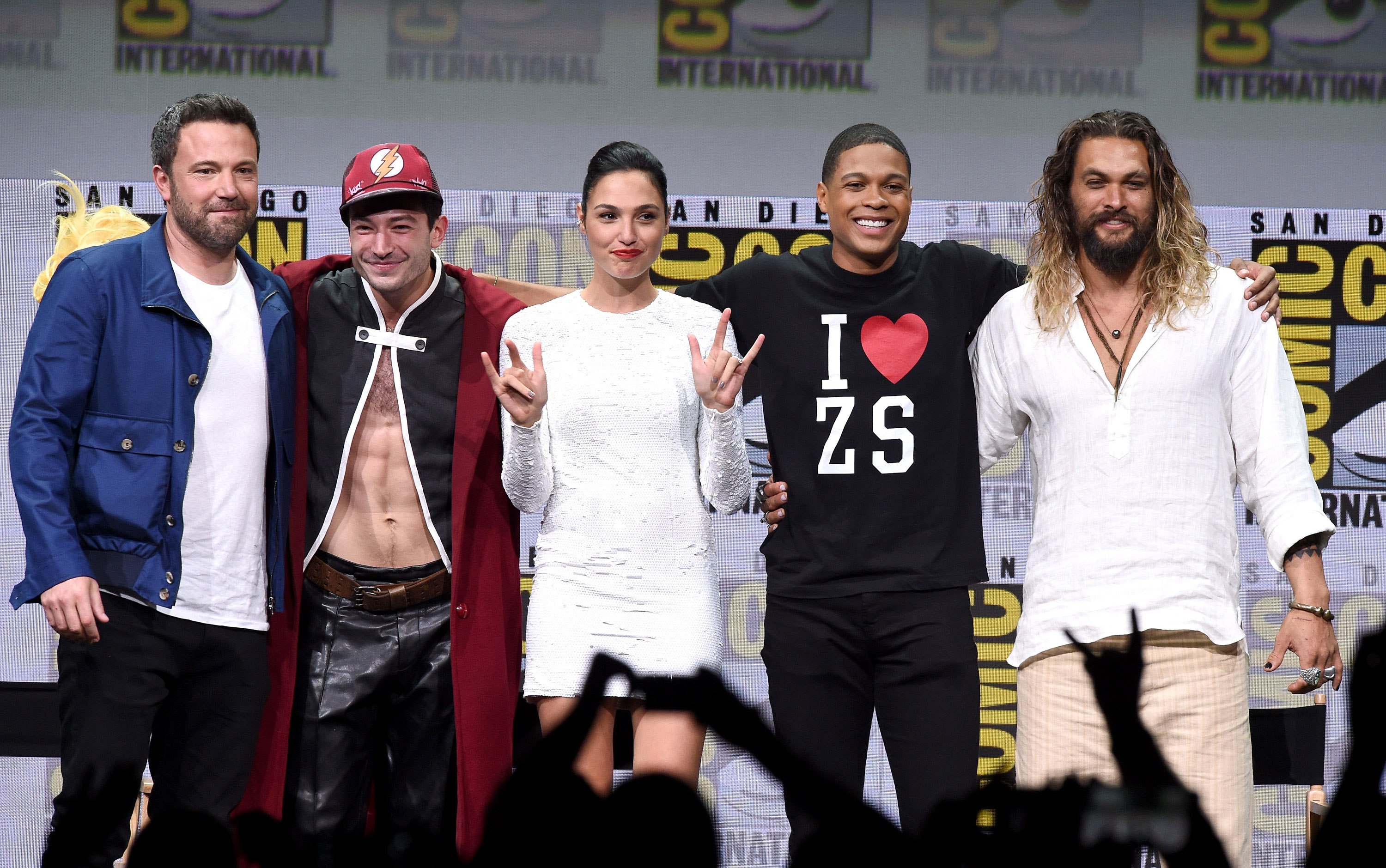 All eyes were on Hall H this year for the much anticipated Justice League trailer which you can check out here. But in addition to the trailer we got several tidbits on upcoming DC movies while some rumors were finally put to rest.

Let’s get this out of the way first. After the earlier rumor that Ben Affleck is set to exit the role of Batman, it was the man himself who set everyone straight:

Breath a sigh of relief, everyone. Our Batman isn’t going anywhere.

The other big news was the reveal that the Flash solo movie will now be titled “Flashpoint,” the same as the crossover event that led to the creation of the New 52. Could this explain Barry’s cameo in Bruce’s dream during Dawn of Justice? And how closely will it follow the storyline of the comics, which rebooted the entire DC Universe, an unlikely event seeing as how the DCEU was just getting started. Maybe it’s all an effort to remove Ryan Reynolds as Hal Jordan completely from continuity once and for all.

Along with Flashpoint, mention of the following DC films were shown, so we should assume these are the next slate of films to go into production:

Curiously, no mention of the Nightwing movie which seems a but odd as it was once hinted at being fast-tracked. Perhaps DC is giving Dick a bit of breathing room with the upcoming Teen Titans streaming show?

So what movie are you most excited for? And are you happy Affleck is remaining Batman for a good long while?