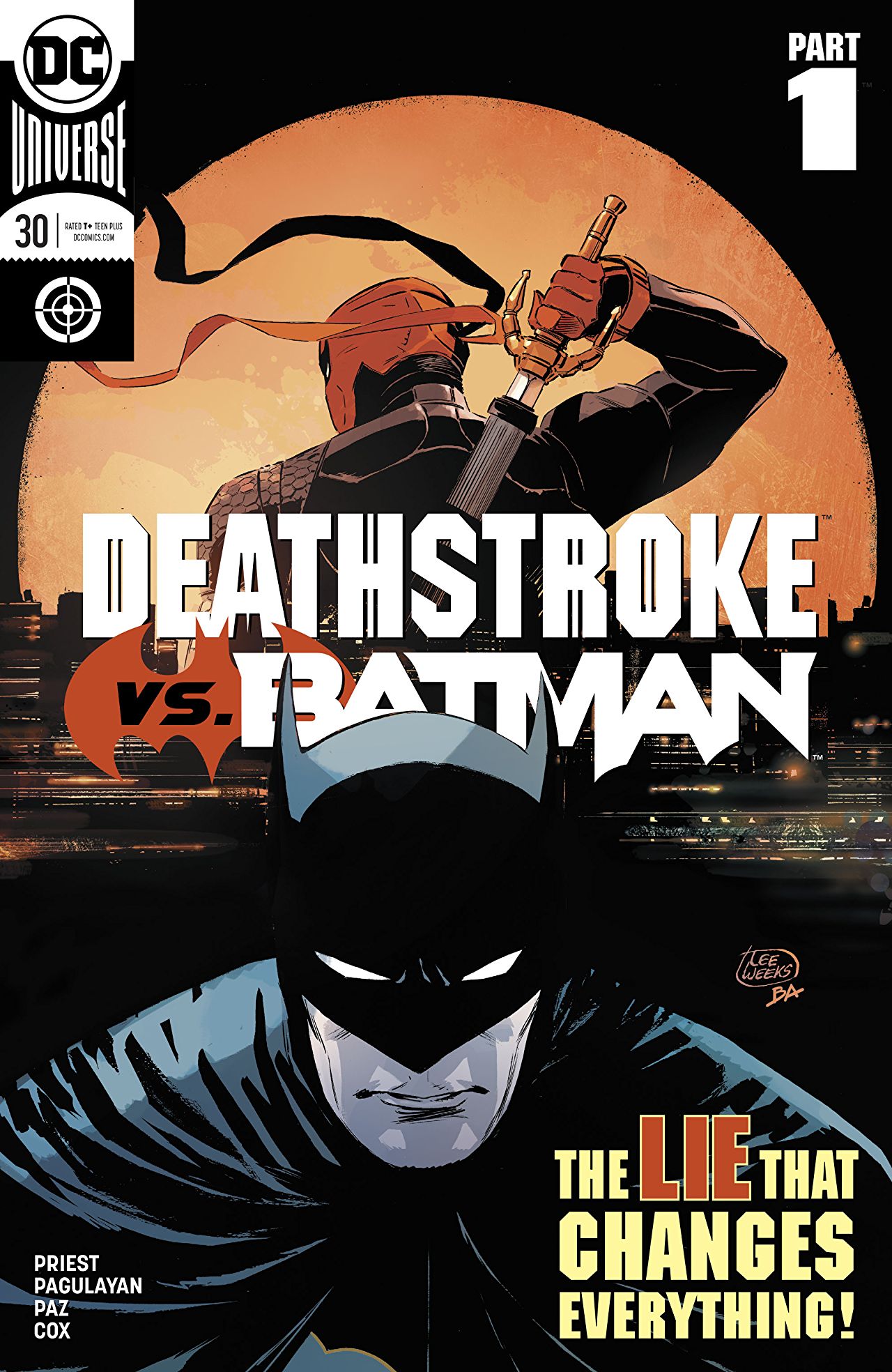 Overview: A vault is broken into, and Batman gets a lead on a case he was not expecting.

Synopsis (spoilers ahead): A crowded pub, ten years in the past. The opening scene shows how ungracefully Wintergreen and Alfred’s camaraderie started. William Wintergreen, now a retired member of her Majesty’s Special Air Service, on a most impolite maneuver interrupts what seems to be a date between Alfred Pennyworth and Penelope Blake, a random blond girl who shares a name with the Grey’s Anatomy character. The topic of choice, of course, is football. Not the American kind.

The same pub, ten years later, and the two Englishmen are sharing a talk about the never-ending, ever historical rivalry between Manchester and Liverpool. Football. Not the American kind. The topic, though, diverges to Americans nonetheless. Wintergreen’s benefactor, Alfred’s master, and how they both seem to drive them to the very edge. And how they tried to resign, or retire, and how still they can’t help but feel responsible for these men. Their boys.

The very next scene is an old footage of Robin (which appears to be Dick based on the uniform) talking about the inner workings of his mentor. Or his “dad”, as he admits he should call him. This scene shares the page with the GCPD investigating a vault that has been broken into.

Commissioner Gordon seems to have found an interesting document lying around. When Batman gets to the scene, Gordon asks for his team to leave the room. The break-in had a target, Bernie Chua, a coke dealer from Hong Kong. Him and Batman, to whom the document Gordon just found on the ground is addressed to.

Batman goes after the stolen goods from Chua, getting a hold of the gang on a bridge – and exploding a truck of his own in the process, because he’s Batman. It is a dead end and he gets no leads on either Chua or the envelope.

Back in the manor, Bruce is analyzing the contents of the envelope. It is a DNA test of anonymous subjects, but Bruce recognizes Talia’s and Damian’s genetic codes. There is a third subject though, a perfect match for being the father of Damian according to the results, and it is not himself. The only problem is, Bruce already had Damian tested, and his DNA was a match.

The next scene is equivalent to that of Robin, but this time showing Jericho, Slade’s son, talking about his own father, and how Slade is the most efficient person he’s ever met.

Realizing they are not getting anywhere with their fisticuffs, they decide to talk. Batman shows Deathstroke what he came for, the DNA test. Slade says he was not the one to send it, but he knows those tests, and he knows they are fake. He himself has had the boy tested. They understand there is someone setting them against each other, and so Batman promises that, until he fully understands what is happening, he won’t let Deathstroke fulfill any of his missions.

Analysis: With Priest’s structure of working with mini-chapters, the first half of Deathstroke #30 does not get named prologue, but could very well be. Not only does it set the stage for the actual conflict that will guide this series, but it sets the themes for it. John Williams, composer of some of most memorable Holywood scores, comes to mind, with how every single one of his opening themes are a testament to the story to be told, even when the subject of the theme is not the main character. Hedwig’s Theme is the main theme for Harry Potter, and the main theme for Deathstroke should probably be named On Parenthood – except this is a title more in the likes of Howard Shore, but I digress.

Despite having its conflict revolve around Damian, Slade, and Bruce, On Parenthood is not their theme, it is a theme played in the scenes with their fathers and their sons. The opening theme is a score by Alfred, Wintergreen, Robin, and Jericho. It is with this conversation that we understand how similar Bruce and Slade are. Both are slightly unhinged, slightly off the tracks they initially set out for themselves, and both giving their fathers a lot of grey hairs and a receding hairline.

It is through Robin’s and Jericho’s statements that we understand how different they are. Parents, they are proud and worried and love their children. Children, they see their parents’ faults better than anyone else, especially as young adults and teenagers. And so Robin will say that Batman is, in fact, very simple and bidimensional – an etch a sketch, not a puzzle -, operating in this narrow strip between justice and vengeance that he himself created. Jericho, he sees how driven and relentless his father is, and how typical moral standards will not apply to him. The rigidness of Batman versus the flexibility of Deathstroke. The single-mindedness of both Bruce and Slade.

When they clash, they’re evenly matched on a lot of ways, and Priest uses a brilliant tool to show this: both have traps set, both fall into the traps. And the fight that ensues is a show put by Carlo Pagulayan on how to explore three-point perspective to enhance the tension in a fight scene. The fight scene, in fact, has so many camera changes, perspective changes, and even a horizon tweaking when the two men hit the water, that we feel like we’re falling from the sky together with them.

This also shows one of the biggest delights from Willie Schubert’s lettering: the narration boxes on the corner of panels, bleeding over. With Pagulayan operating almost strictly with rectangular panels and no negative space, Schubert’s choice for placing those at the corner acts as a breaker of strictness, giving the pages a little more dynamic. His almost-entirely white balloons and narrations are also a relief when it comes to the usual over-the-top superhero lettering. His sound effects, with colors that are a bit too bright, is the one thing that escapes his control and breaks the style.

Overall, the team working on this series is starting off with an amazing display. The one time it falls short is the final scene, with Batman and Deathstroke confronting each other verbally. Here, all of the dynamic from the fight scene is gone, but the emotional charge of the scene demands a bit more tension in the construction of the panels. As it was executed, the back and forth between the characters amount to a literal back and forth of the camera on their faces. The characters are not shown pacing or gesticulating, there is no change in panel rhythm, no panel hierarchy for when Batman shouts and Slade retorts back. It feels as if they are there, standing five feet away from each other, shouting but yet standing still. The one thing that keeps the scene afloat is how expressive their faces are drawn, giving a clear insight into their emotions.

Final Thoughts: A setting of the stage and an admirable first act, this issue manages to establish not only the conflict but also the characters involved. Little to no explanation is left for the next chapters in this six-part story, which will probably lead to fast-paced action.