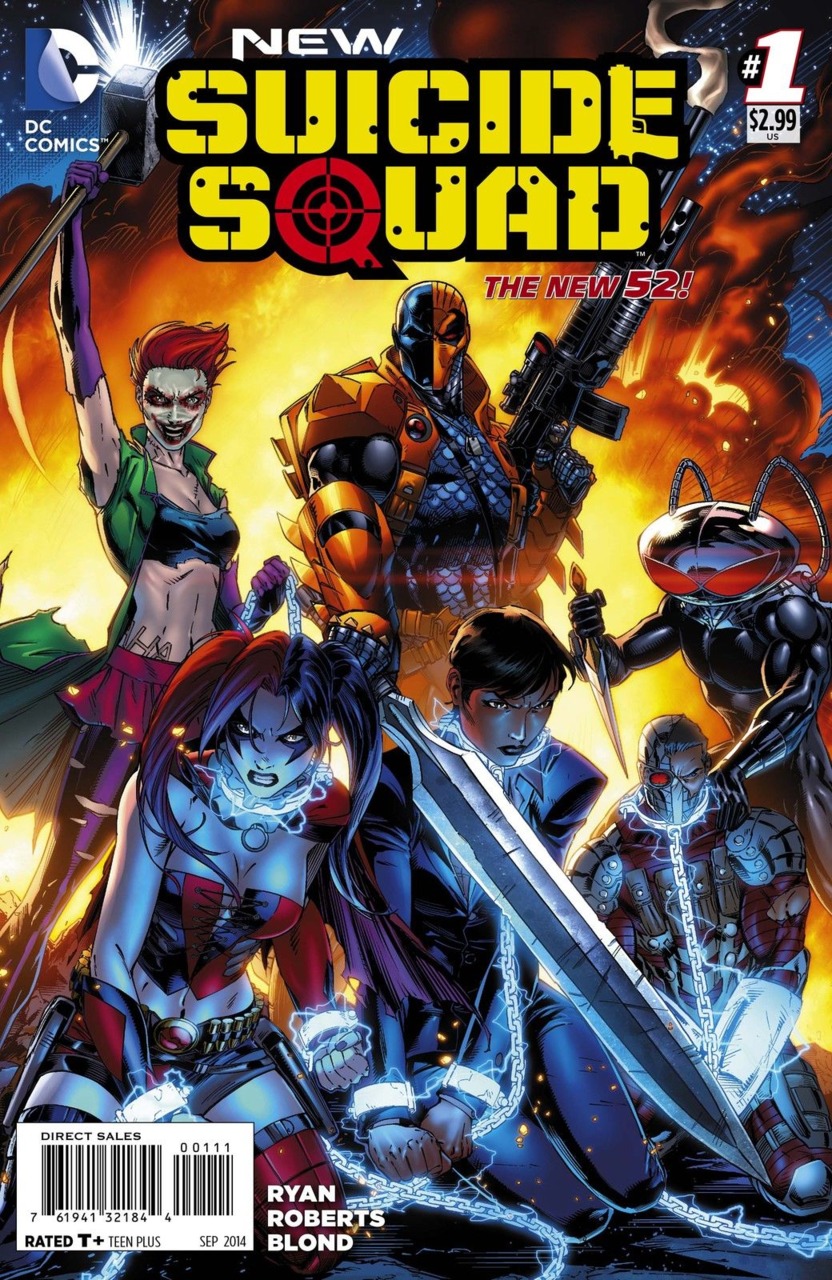 A soft reboot from what came before, New Suicide Squad tries to reach out and receive new readers. It has a new, focused direction, under new leadership… But fails to stick the landing.

Sean Ryan is the series new writer, and tries really hard to make this team cool. Even putting past team members down, by calling them lame. This doesn't make for better stories. Having a "cool" group of characters doesn't make for a better selling comic.

Jeremy Roberts is on art, as this is his first ongoing work for a major company. He is the past winner of the Harley Quinn #0 submission, and also did the finale in Stormwatch #30. His art is crisp, and reminds me very much of Jim Lee. He has muscular characters, with nice variations in character traits.

Victor Sage is in charge of the new Task Force X, and Amanda Waller is below him in the ranking after the events of Forever Evil. Vic Sage being in charge is interesting, because if you remember in the pre-New 52, he was The Question. Whether he is our current incarnation of The Question, or not… Well, we will have to wait and see.

Sage is comprising a new team, keeping only two members of the past team. That being Harley Quinn & Deadshot. Black Manta has finally joined the team, and Joker's Daughter & Deathstroke have also joined the new team. Conflict within the team occurs, and Deathstroke takes control. Slade gives them the plan, and Deadshot takes issue with not taking the assassination shot. Deathstroke says he's the best, and questions Floyd's even being on the team. They are infiltrating Russian headquarters for foreign affairs.

The team breaks in, killing as many as possible. But before Deathstroke is able to take the shot, they are fired upon by giant Russian Sentinels… Like from the X-Men.

This was not a great first issue. It doesn't grab you. It doesn't make you care for any of the characters in the story. You wonder why there are basically four characters, in which two of them are basically the same. They mention that several times, but don't care to address it. Not how you want to start the first issue of an ongoing.