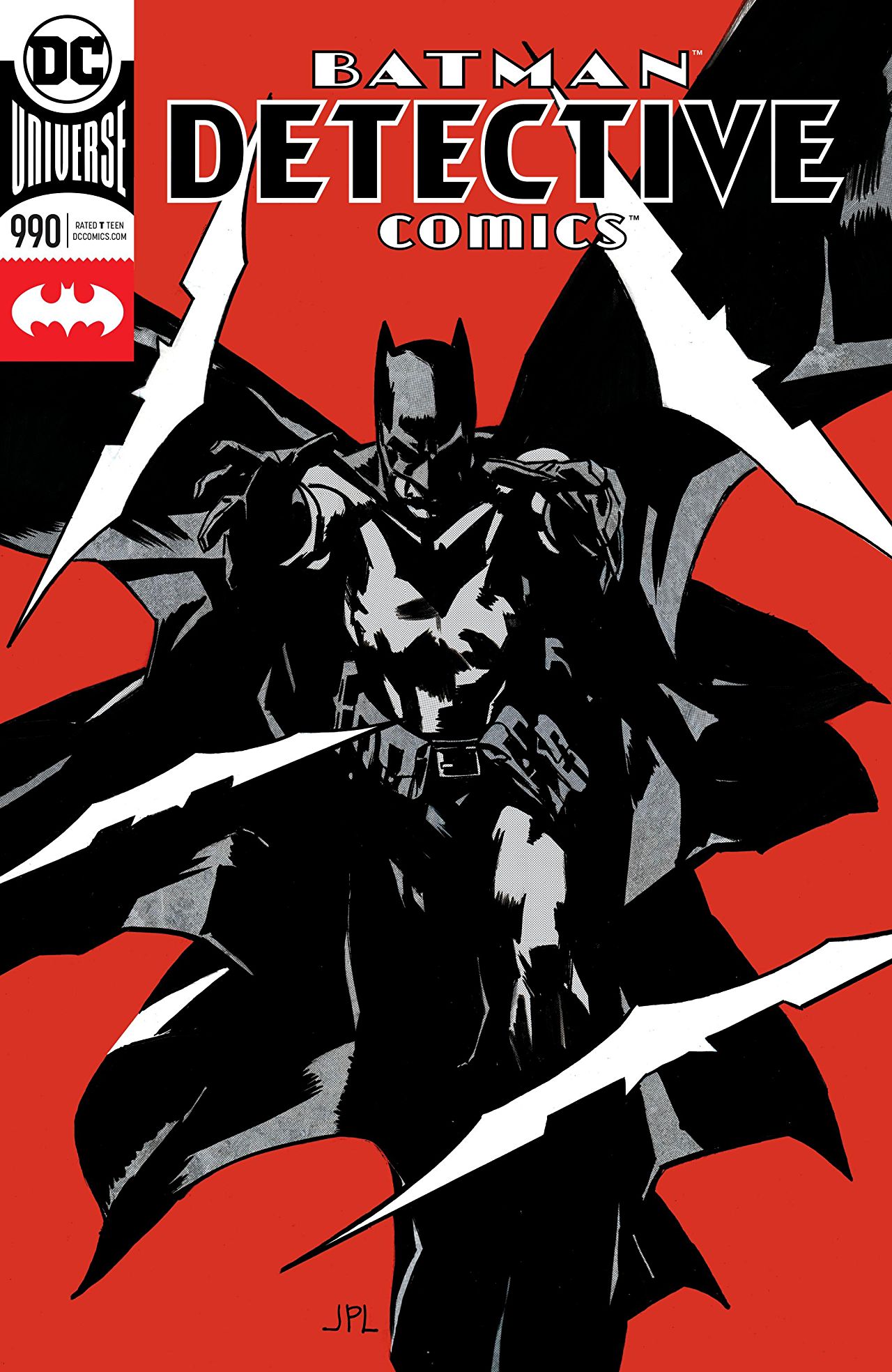 Overview: For some unknown reason, Two-Face saves the lives of GCPD officers during an attack by Kobra.

Synopsis (spoilers ahead): Batman asks if Two-Face has anything to say to him, and he responds he should ask Jim Gordon about it. He tells his gang of mercenaries to kill Batman. Batman comments why he picked these “insipid” goons. He states he has faced New Gods – these hired hands who shoot like stormtroopers are not even a test.

Two-Face states he lured Batman with a flimsy trail so he could “reason” with an old friend. He tells Batman that Harvey died when the acid hit his face. When will he learn his friend is dead? Two-Face ignites a bomb and Batman nearly escapes with two of the goons he knocked out earlier.

Outside Wayne Manor, Duke Thomas informs Bruce of his progress. As the Signal, he has gained intelligence about Two-Face. He states some of the broker’s goons admitted to helping Dent set up his bases. Bruce thought about the word – bases. He had assumed as such; it would make no sense for him to put in so much time and resources into one base only to detonate it. The last bit of intel Duke shares is Kobra is back in town.

Over at the GCPD, the lights in the building go out. An officer informs Detective Bullock the backup generator has not kicked in: the lights are permanently out. Upstairs, Gordon is on the phone with Gotham Municipal Energy to restore the power. In his experience, when the power goes out in a building in Gotham, nothing good ever happens.

On cue, Kobra soldiers enter the main lobby and gun down all the soldiers they can see. Out of nowhere, Two-Face runs through the lobby shooting these Kobra assailants. Specifically, he saves Gordon, who is trapped in the stairwell. Two-Face recognizes he just saved Jim. They met eye-to-eye, and Gordon realizes his old friend, Harvey, saved him.

Gordon enters the lobby and comments on how this whole place is a “slaughterhouse.” He then heads over to Bullock and asks for a summary. Specifically, Gordon wants to know if he or his men saw Two-Face. Bullock states it was too dark to recognize their guardian angel. So the two-million-dollar question is, “Why would he save them?” (Since it is Two-Face, it is two million instead of one million. Get it?)

Batman informs Gordon he is on his way to meet Two-Face and see why he was at GCPD. At the Robert H. Kane Memorial Bridge, Bruce walks in on Two-Face at his apartment. He asks for there not to be a fight; he only comes to make a truce and talk.

Analysis: “Bozhe Moi!” as the Russians would say. This story….it is bad. The sad thing is, it has the potential to be really good.

Robinson’s writing of Bruce does not make sense. His dialogue is off. There is no better way to say it. And, it is not the writer taking a unique spin of the character (e.g. Scott Snyder). Bruce is saying speech is corny. Here is an example: Bruce says to Two-Face: “I’ve battled New Gods, man!” When, in the course of Batman’s history, has he said a phrase like that?

I find it funny he uses Duke Thomas. Not that it is comical in itself, but he is one of the few writers who acknowledges his existence in the DC Universe. There are times I forget he exists.

The best thing about this issue is the art. Segovia’s art is different from other DC artists, but it works well in this type of story. The only reason I want to read and review Robinson’s arc is because of Segovia’s art.

Final Thoughts: This story could be so much better, without Robinson.