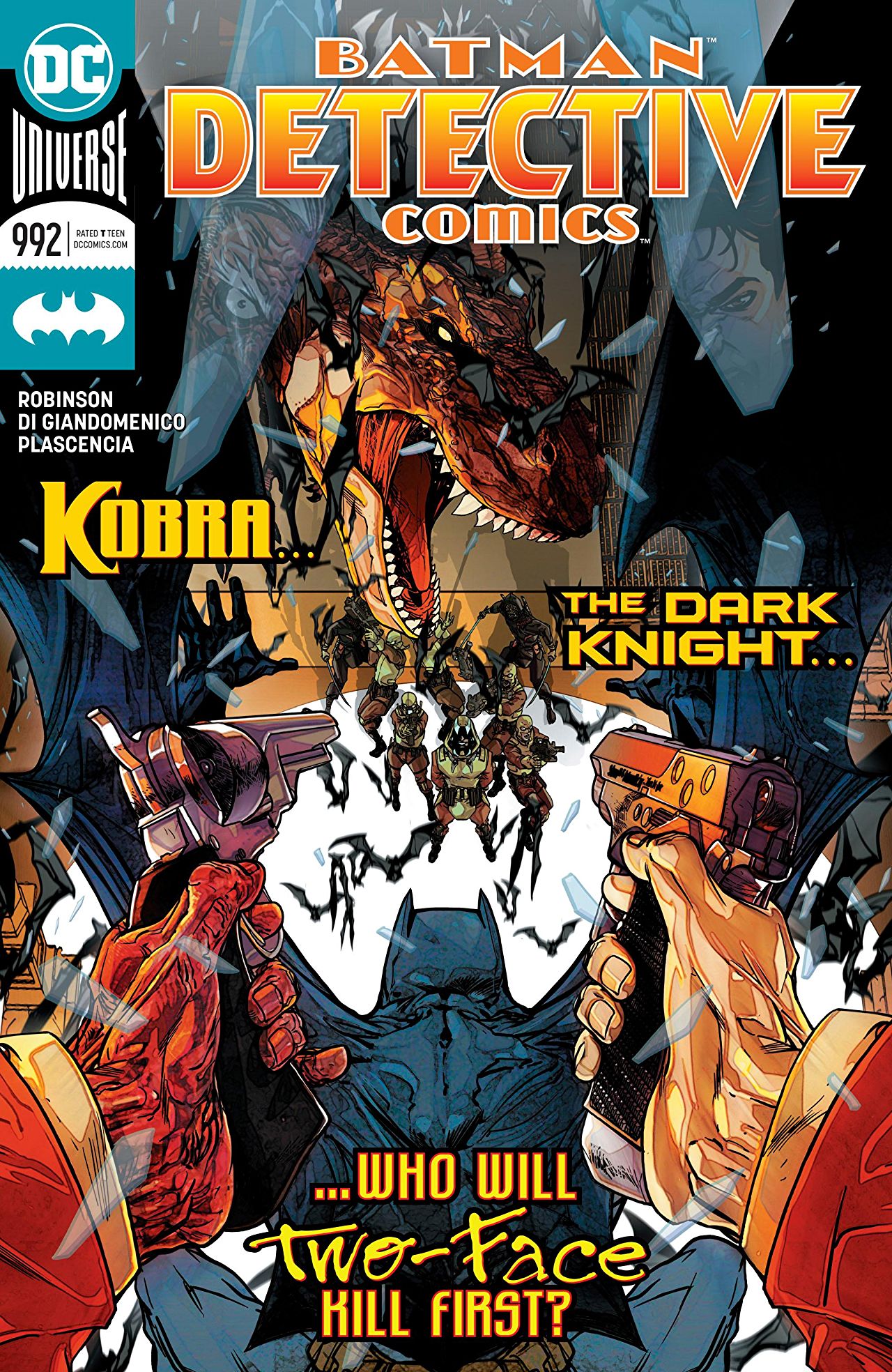 Overview: Batman and Two-Face stop Kobra, only to learn Kobra has bigger plans for Gotham.

Synopsis (spoilers ahead): Batman asks Two-Face what the difference is between a zealot and a fanatic. Two-Face asks if he is talking about modern religion or cults. Although there could be some allegory between Batman and Two-Face being either a zealot or fanatic, Two-Face knows this philosophical discussion centers on Kobra and their ideology.

Batman states they are a cult, but their organization is not as it once was. Just as the snake they are named after, they are immensely dangerous when wounded. Kobra began with a mad genius, named Jeffrey Burr. He was kidnapped by the “Cult of Kobra” and raised to become their leader. After warring against Batman, the Justice League, the Outsiders, and the Suicide Squad multiple times, Burr died (at the hands of Black Adam). With his death, Kobra changed. Their primary goal was no longer world conquest, but the fulfillment of the prophecies of the Kali Yuga. However, their growth has been waning, and these attacks in Gotham are desperate.

After telling Two-Face all this, he and Batman stop Kobra from blowing up the Gotham Museum. The leader of Kobra, the Nagas, is one of the few remaining members who has not been knocked out. Batman, using his grappling gun, hangs Nagas upside down hoping to interrogate him. Just as the other Kobra members, Nagas’ brain bomb explodes. Since he is the leader, he has kept in touch with the other Kobra operations in the city. Batman needs Nagas’ cowl to access their data.

Two-Face asks Batman what else do they need to know. Batman responds that things do not line up. For a master strategist like Karl Twist, Kobra’s strategy is simple. Something is not right; there must be more to it.

Batman radios Alfred and asks for a status report on the other Kobra attacks. Alfred says the teams of Katana and Black Lightning, Orphan and Batgirl, the Fireflies (thanks to Two-Face), and Batwoman and the Signal have defeated Kobra at their respective locations.

Gordon and the GCPD enter the museum, and he asks what the next steps are. Batman figures out what Kobra’s true plans are: they are going to release a mind-controlling agent in Gotham’s water supply.

Analysis: I think we all know how I feel about Robinson’s writing, so I will refrain from those criticisms.

I feel Kobra’s big plan to add a mind-controlling agent in Gotham’s water supply is a ripoff of the ending of Batman Begins. Does anyone feel that way?

The saving grace during Robinson’s arc is the art team. Each panel is crisp and sharp, with beautiful colors. I have nothing bad to say about them.