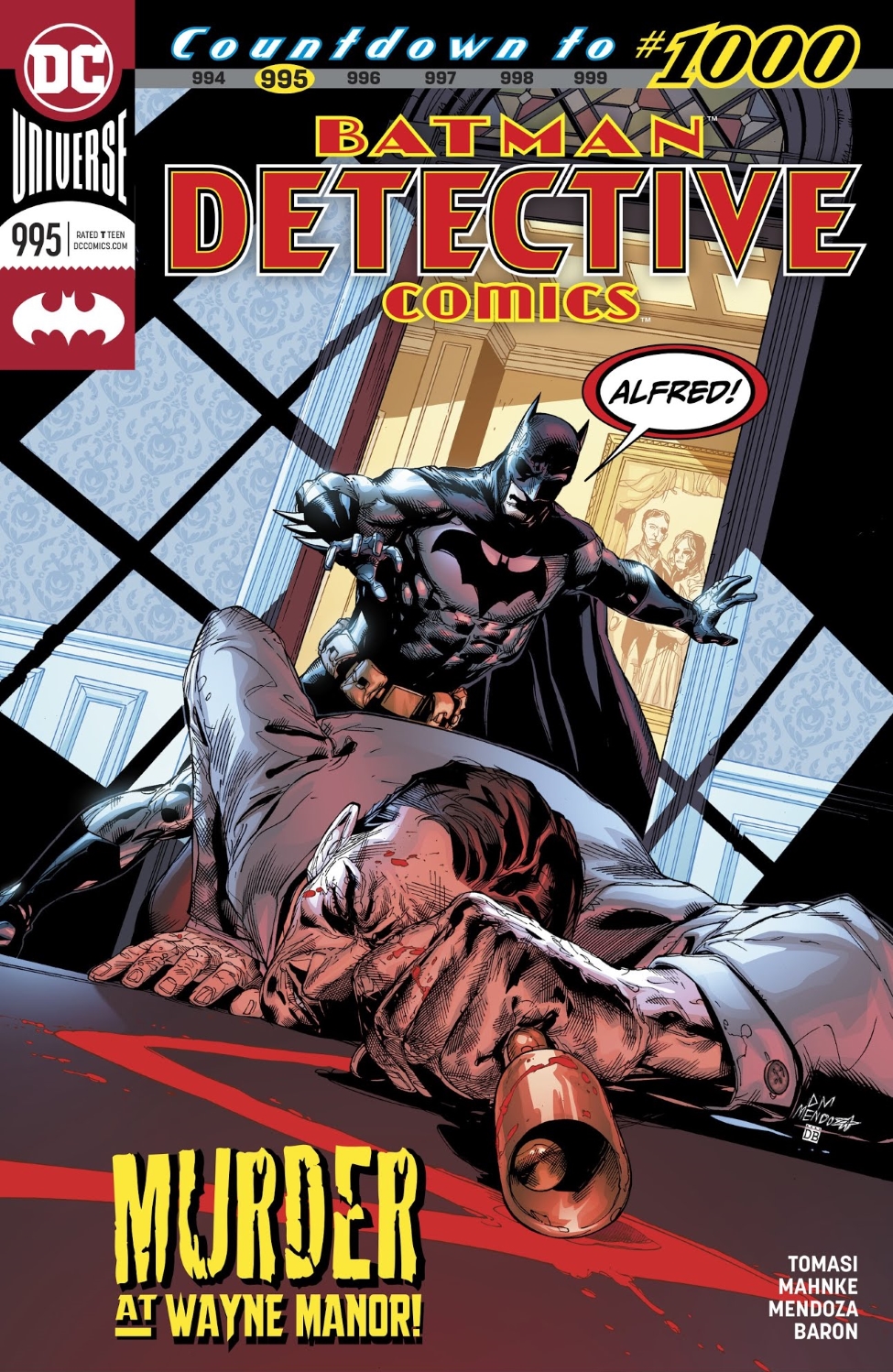 Overview: The only thing comparable to what happens to Bruce, is the death of his parents.

Synopsis (spoilers ahead): Bruce yells to Alfred that Leslie has been exposed to the Joker’s Laughing Gas, and he must prepare the antitoxin immediately. Leslie tells Bruce her face hurts because of the forced smile. Bruce comforts and tells her she just needs to hold on for a little while longer. Leslie says she has so much to tell him and so little time to do it. She remembers when he was a little boy. She remembers the night his parents were murdered like it was yesterday. He was just a little boy who wanted to be alone and always pushed back against her. Bruce responds she never gave an inch. She and Alfred kept dragging him outside to force him to see life goes on. She tells Bruce she does not want to die today, and she has more work to do. Bruce promises she will not die.

Hurriedly heading home to the Manor, Bruce asks Alfred for a status report. Alfred tells him he prepared antitoxins for multiple variants of the Joker gas. Bruce bursts into the Batcave with Leslie in his arms, and before he can lay her on the table, Alfred injects her with the first antitoxin. However, this antitoxin has no effect. Alfred states he is using the third antitoxin he prepared, and Leslie is not showing any sign of improvement. Alfred says this variant of the toxin is a mutation of the original; it is something they have never before seen.

Leslie, realizing she only has minutes to live, tells Bruce she is proud of him. He has done some much for Gotham and not just as Batman — but also as Bruce Wayne. He has saved so many lives. Bruce tells her she grounded him. She was his example; she made him walk out of the shadows and into the light. Above all, she opened his eyes to the real world outside the Manor. People need help not just against the criminals, but life itself. She tells him those words mean the world to her. She says who knew that when she helped a young boy she would be saving a city as well. She warns him about the war he is waging to keep Gotham alive; it is also a war he wages against himself.

Leslie looks to Alfred and tells him to look after “our boy.” Alfred promises her he will. She turns to Bruce, with tears streaming down her Jokerized face, and tells him she is so proud of him.

The room becomes silent. Not one sound heard. The last thing she saw in her life was her surrogate son, Bruce.

After a moment, Bruce tells Alfred to charge the paddles. As he tries to resuscitate her, Bruce sees flashes of his past. He sees moments where Leslie was a massive influence in his life. Alfred tells Bruce she is gone. Bruce tells him he needs a minute, and Alfred heads downstairs.

As he fills up the teapot, a tear rolls down his face. More follow, and he catches himself on the sink. The doorbell goes off, and Alfred goes to open it. A voice analysis confirms it is Commissioner Gordon, but when Alfred opens the door, he is stabbed with a rapier. The unidentified individual runs away, and Alfred rings the doorbell as many times as possible to catch Bruce’s attention in the cave.

Bruce runs to the door, cradling Alfred in his arms. Bruce asks who this assailant was, and Alfred tells him it appeared to be Zorro.

After getting Alfred the medical attention he needs, Bruce, in his work clothes, heads to Arkham Asylum. Batman appears to Dr. Arkham and says he is here to conduct some interviews. Arkham says this is highly unorthodox. Batman states he was not asking.

Batman walks into the main holding area and tells the inmates he is looking for a little illumination. He tells them he has only one job in Gotham, to hold the line. He is here to keep as many innocent people from harm as possible. But, this line has been crossed in the most egregious of ways. “Cooperation” and “information” are the watchwords tonight, anything less will be problematic. He tells them tonight will be like a carnival fun house.

As he turns off the lights, he says, “the only monster in here with you, is me.”

Analysis: Wow. This is some of the best writing in Detective Comics since James Tynion IV. I…I barely have the words to describe how I feel about this issue. But, I can say this issue hit me hard.

As I detailed the scene where Leslie took her final breath, I began to cry. This man, who we commonly say he is just that same grieving boy dressed up in tights and has cool gadgets, lost his mother tonight and his father was stabbed. Why did I choose “mother” and “father”? Although they never legally adopted him, they treated them as their son, and in many ways, Bruce treated them as his parents. He has known these people for most of his life. It is commonly thought Bruce lost his parents around the age of eight. In Rebirth, Bruce is thought to be in his late twenties to early thirties. Just by doing the simple math, he has spent more time with them than his folks.

It is known Leslie has never been a big fan of Bruce’s nocturnal activities. She believes Gotham can be saved, just not through violence. She believes Gotham can be saved by its citizens doing good works. Vigilance and sacrifice never go unnoticed. If Gotham’s soul is one of chaos, then its citizens must not fall prey into its trap. The best evidence of Leslie disapproval of Bruce’s activities is in the 2004 crossover story War Games. She faked Stephanie Brown’s death so that Stephanie would be saved from Bruce’s world of violence. But, Leslie was always there for him in the end.

Leslie’s finals words remind me of Flashpoint Batman’s final words to Bruce. She implores him to not give into the dark side. Flashpoint Batman told him to quit being Batman. They both know Bruce cannot live freely while being Batman. He is a man playing tug-a-war with his dark self, and it has been a miracle he has never fallen into it. It is only a matter of time, however, and she recognizes it.

He almost lost Alfred too.

What piqued my interest though was Alfred’s comments about the masked assailant being Zorro. The Mask of Zorro was the film Bruce and his parents saw on the night his parents were killed. Whoever dressed up the couple in the fish tank, sent the monster after Leslie, and stabbed Alfred with a rapier knows Bruce all too well. He knows his history and the most important people in his life. I am genuinely worried who they will strike next. Is it Dick, Damian, Selina, or…?

The ending was cool. Bruce walks up into Arkham and tells them they are not the monsters in there, he is. It reminds me of the scene in Watchmen where Rorschach was arrested and sent to prison. He yells to the inmates “I’m not locked in here with you, you’re locked in here with me!”

The art in this issue was amazing. From the colors to the pencils, this creative team enhanced an already great story by Tomasi. I liked the scene where Mahnke juxtaposed Bruce’s attempts to revive Leslie with his fondest memories of her. The coolest scene to me was the end. A silhouette of Batman with glowing red eyes. So cool!

Final Thoughts: What a gut-wrenching issue! So many feels…