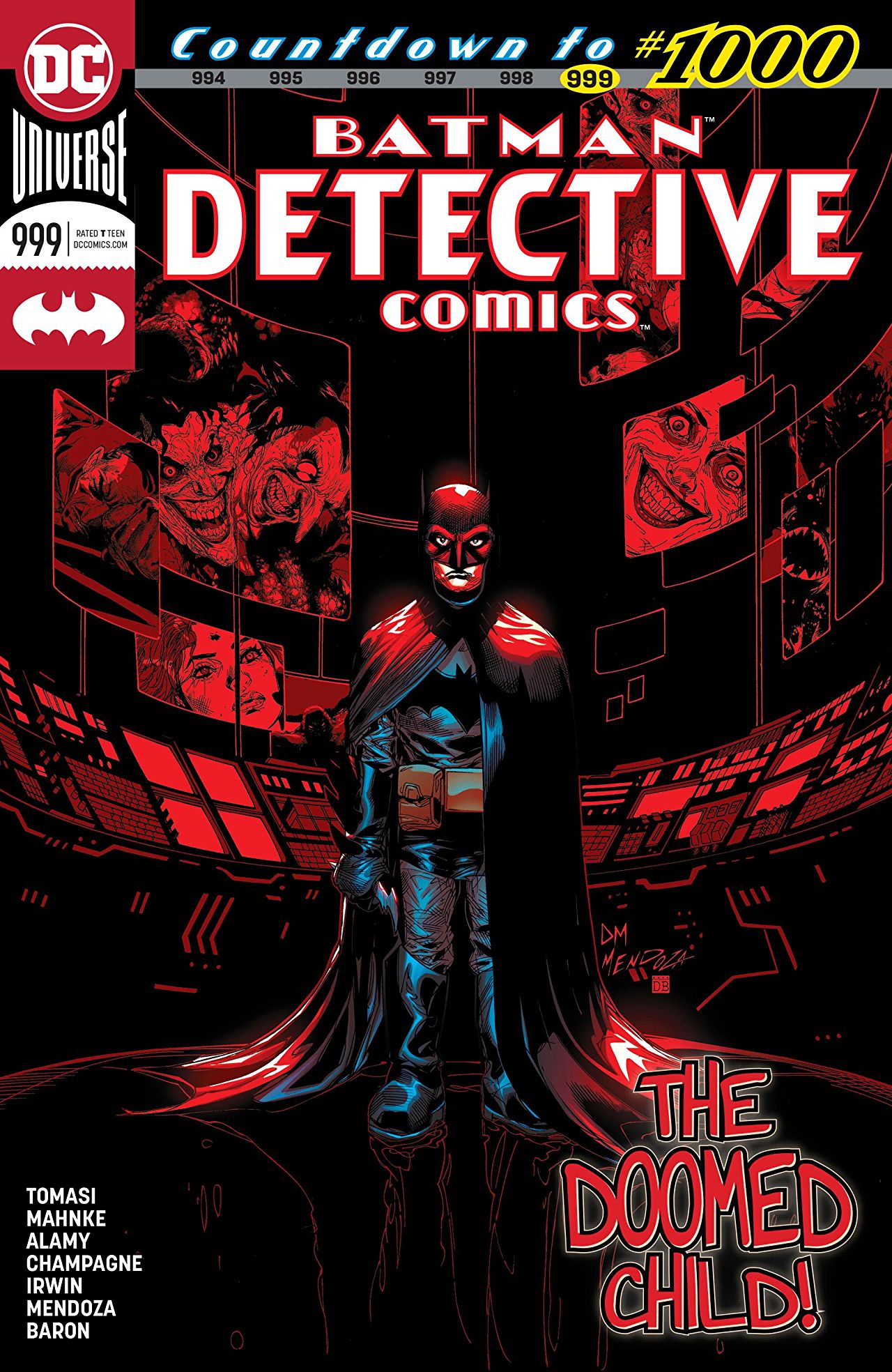 Overview: Bruce learns that the monster he has faced is a sick birthday present to himself.

Synopsis (spoilers ahead): Bruce looks at the boy in his chair and does not believe what he sees. The boy confirms what he fears; this boy is himself. Bruce asks if he was the one who set this all in motion. The kid says it took some time to set this all in motion. He created this monster to push Bruce. He needed to create something that would push him to his limit. This kid says it was not hard to use DNA from all his villains and gene splice something which would really push Bruce. Bruce asks if Alfred, Leslie, Ducard, and the Kirigi students are alive and unharmed. The kid confirms that they all are okay.

Bruce is confused since this kid and everything he has gone through recently has tried to kill him. He is there to push Bruce and make him the best Batman possible. The kid reminds Bruce he initiated this simulation. Each year, Bruce has created a simulation so good even he forgets it is a simulation.

Throughout this conversation, this kid has punched Bruce, with Bruce refusing to counter – because he would never hit a kid. The boy tells Bruce it is his job to remind Bruce this is not real by any means necessary. However, with each punch thrown, this kid ages up a little bit at a time.

The kid tells Bruce they are one and the same. Bruce had sent him to give him some perspective and illumination. He is here to wake Bruce up.

Bruce asks if this is all Scarecrow’s doing. But this Other (now around the same age as Bruce), tells Bruce this is all his doing. He created all this to leap into the abyss. The Other states they learned the hard way the good old days were not that good. Things were not so good before they declared their war and almost died in their first year of battle. They can still see that pimp lunging forward to attack him on the street. They remember the sound his boot made with on this pimp’s cheekbone. They were growing overconfident, then the young girl put a knife in his thigh. A 0.38 special was used and this bullet perforated his lung. With a copper taste in his mouth, he feared his mission was done before it started. They remember the police car, and how he somehow pulled those cops out of the burning car.

The Other, now a child again, grabs Bruce’s hand and they both walk to his parents’ graves. However, there are three graves with one empty. The kid says there were three people who died in that alley. But, one of those three were reborn – baptized by his own blood. These graves are not here to feed revenge but justice. These graves represent the living and breathing citizens that he saves. Everything has a price, and that price is Bruce.

Bruce tells the boy he wishes he could just have been a kid a little longer. The boy tells him it is fine; other children have gotten to be a child longer due to Bruce’s sacrifice. The kid tells Bruce to never question the mission. He tells Bruce “Gotham needs him.”

Suspended in a tank in the Batcave, Bruce screams “Gotham needs me!” Alfred tells him to stay calm; the water is draining. Impatiently, Bruce punches the glass and he breaks out.

Damian and Alfred comment there are better ways to have celebrated Bruce’s birthday, like baking a cake. Damian asks what was the point of the simulation, and Bruce tells him it was meant to kill him.

He does this every year to test himself. Either people must evolve or die. Bruce must take time to train or he will be killed out in the field. These simulations test and hone his skills. Bruce fears one of these nights he will need to be stronger, faster, and smarter, and he will not be good enough.

Bruce tells Damian wearing the cowl has a cost. But, this cost would be heavier if he did not wear the cowl. Each year, the number of murders in Gotham have decreased since he started being Batman.

One of these years, there will be zero murders.

Epilogue: Bruce comes by the Park Row Community Clinic and asks Leslie if she would like to go out to eat. She asks what this is all about, and Bruce tells her it just has been a long time since they spent quality time together. She means so much to him, and tonight is as good as any night to spend time with the people he loves. Leslie agrees and they both get into Bruce’s car. With Alfred as the driver, the group debates on where they should go to dinner.

Analysis: This is absolutely an amazing issue.

After the issue dealing with Leslie’s death, each subsequent issue since has declined in quality. The plots were confusing and chaotic. I started checking out on this book due to the poor pacing. But, I believe it is all worth it because this issue is so rich and good.

This whole time has been a simulation. I usually am not a big fan of plots like these, but this one is different. Bruce created this simulation to push him to be better. In order to be Batman and wear the cowl, he must be the best. Each year on his birthday, he goes through one of these simulations to push him to his limits and remind himself of the mission. The secret to being Batman is remembering why he started his mission. People often ask if Batman has superpowers. Most people sarcastically say “prep time”, but I think Batman’s true superpower is his will. Personally, I think Bruce has more will power than Hal Jordan, who is often stated to be the greatest Green Lantern ever.

Bruce suffered a significant childhood trauma when his parents were shot right in front of him. The way he dealt with this trauma was to become Batman, the antithesis of injustice. But each year, he faces his trauma again and uses his will to overcome it.

People who often have some type of significant trauma have “triggers.” A trauma trigger is a psychological stimulus which prompts a recall of a previous traumatic experience. The stimulus itself need not be frightening or traumatic, and it may be only indirectly or superficially reminiscent of an earlier traumatic incident. A lot of people actively avoid these triggers since these would remind them of their terrible experiences. However, Bruce willingly constructs his trigger, and he triggers himself to give himself a “Batman tuneup.” Since Batman is rooted in his trauma, he must revisit it to stay sharp.

I disagree with his reasoning. I believe he can still push himself to be Batman while not re-traumatizing himself.

This issue all but confirmed Batman: Year One is in continuity. All the references in this issue made me smile. There is even a scene where Bruce (in costume) tackles the Other through a window, and their silhouette is similar to when the bat crashes the window in Batman: Year One.

I enjoyed the epilogue because we see Bruce and his two adoptive parents spend time together. It also contrasts with the main plot of this arc: Bruce must remember his mission, but Bruce started this mission with Alfred and Leslie taking care of him after his parents’ deaths.

The art once again is spectacular. Mahnke and crew created a beautiful issue. Mahnke has consistently produced great art this entire run.

Fun Fact: In the car, Bruce wants to go Mazzucchelli’s, but he is overruled by Leslie and Alfred. Mazzucchelli is the name of the artist of Batman: Year One. What a nice Easter egg!

Final Thoughts: Issue #1000 is coming out on March 27. Be sure to grab a copy in celebration of such a milestone!