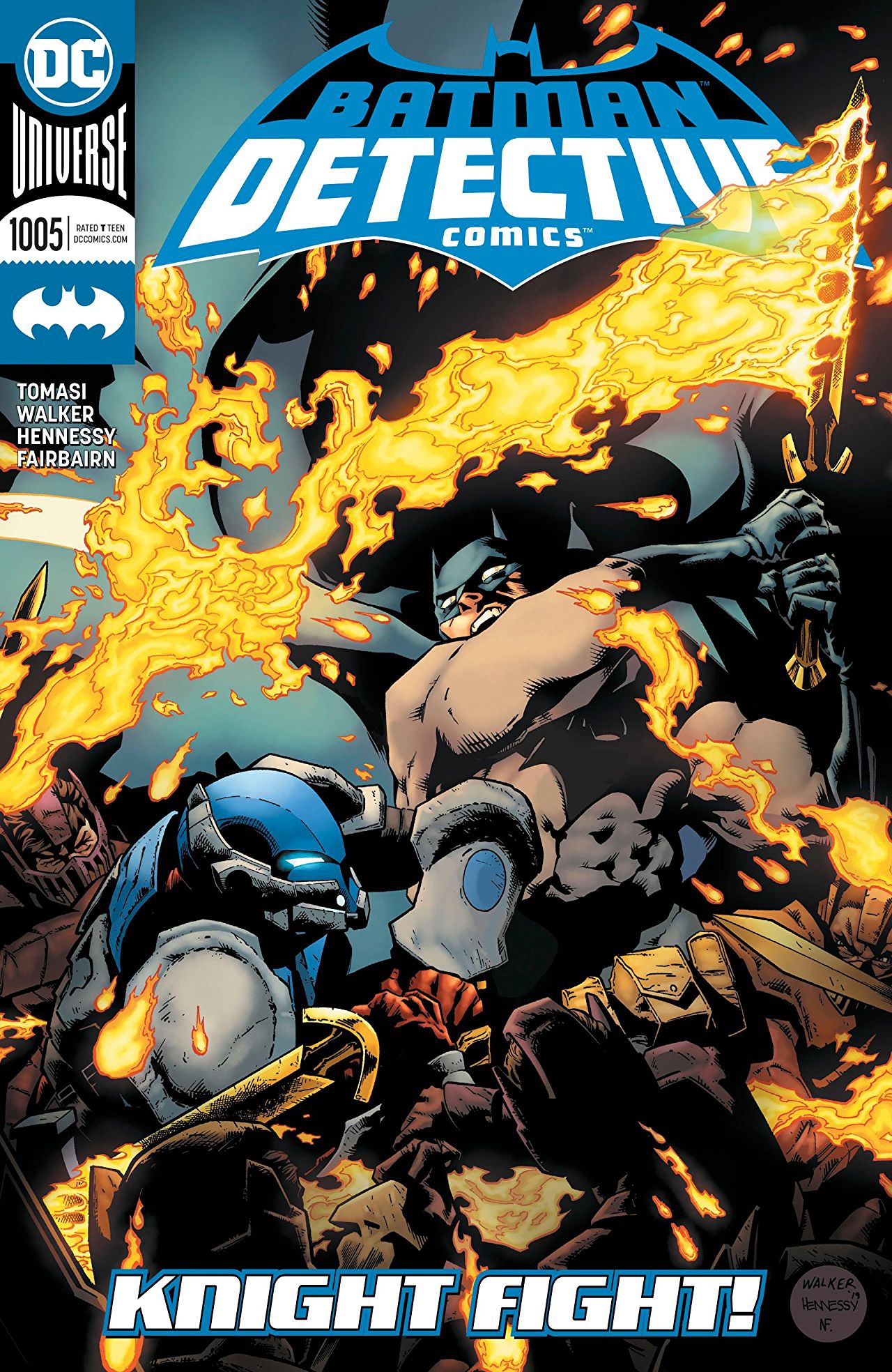 Overview: Batman and Robin stop the Arkham Knight from blinding all of Gotham.

Synopsis (spoilers ahead): Flying toward the Gotham County Observatory, Batman and Robin ask Alfred for a status report. Alfred states the energy source the Arkham Knight has is rising exponentially. Its energy readings are higher than the day bomb that went off in the parks.

Astrid tells her fellow archers to fire at Batman and Robin as they land, for she needs more time. The archers release their smoke screen arrows. Batman realizes Astrid’s forces are trying to flank them. Astrid shouts to Arcane to use his powers to raise an army of the undead and create a barrier between herself and Batman. Batman tells Robin to stop Arcane and bring down these Un-Men. He will go directly through these men and barrier to Astrid’s energy source.

Batman radios Robin and alerts him he is almost through. Well, he was. Now, Arcane’s wall is thickening, and it is crushing him. Robin is almost in position. Astrid gets word of Batman’s progress, and she commands Dr. Phosphorus to delay him. He unleashes a hell storm of fire, and Alfred alerts Batman his suit cannot handle these extreme temperatures. Robin assures all will be fine as he attacks Arcane and knocks him out. Having escaped Arcane’s wall, Batman quickly takes out Dr. Phosphorus.

Astrid explains to her followers when the sphere ignites, the liquid base she added to the reflective mirror will absorb the energy and allow them to focus it into every corner of Gotham. She tells her followers to switch on full-spectrum protection optics. The totality begins now.

Suddenly, a bright light emits from the observatory and blinds everyone who does not have optic protection. The day bomb also creates a concussive shock wave that expands throughout the area.

Batman and Robin rush to put on their optic protection. Batman asks Alfred what is going on in Gotham. Alfred reports there was a concussive force radiating through the city, and the day bomb has an altered energy signature. The observatory dome looks like the heart of the sun.

Astrid tells her followers that Gotham’s citizens are singing. But, Batman tells Robin the people are screaming.

Alfred alerts scores of citizens are clutching their eyes. It seems like Astrid blinded the entire city.

Batman and Robin burst into the observatory and aim to stop Astrid and her followers as fast as possible. Each passing second means another Gothamite goes blind. Batman goes after Astrid while Robin goes after her followers.

Batman tells Astrid to show some of the same empathy for Gotham as she did when they first met at the park. Astrid tells him he is a cancer on the city and her life. She is the savior Gotham deserves. Once he is dead, Gotham will finally grasp he is a demon which feeds on pain and suffering.

Batman tells her he did not kill her mother. She tells him he is a liar because she saw his Batarang going into her mother’s neck. He says she only saw her mother dead on the floor and not the murderer. She needs to ask her father for the full story. He tells her she is a bright young woman with her entire future in front of her. She does not need to waste it.

Batman tackles her into the reflective mirror, and the blinding light is no more. Alfred tells him the city is safe from the day bomb, but the blindness seems to still be in effect. Unfortunately, Batman’s optic protection broke, and he is blind for the moment. Batman carries Astrid to his car while Robin leads the way.

Days later, Batman and Robin ride through Gotham commenting on how quiet it is. Crime has halted since Astrid blinded the city. In a few days, the citizens will regain their eyesight. She was so close to permanently blinding the city because of a lie. She is another lost soul who thought of herself as the hero instead of a villain.

Epilogue: Weeks later, Astrid is on her way to Blackgate. A gunshot rings through the transport vehicle, and the security guard on the passenger side is dead. The driver turns around to Astrid and tells her, “The sun always rises.” Astrid smirks and says it always does.

Analysis: I liked this issue. It is completely full of action, and Brad Walker drew each action sequence to near perfection.

Since we know Astrid escapes in the epilogue, it is safe to assume Tomasi is not done with her yet. Knowing this, I am okay with this ending. We have been introduced to Astrid, we know her backstory, and we know her motives. This arc was meant to be an introduction. When Tomasi brings her back in the future, he can get into the meat of the story without all the setup.

I feel sad for Astrid. She hears singing as the people are screaming. Batman comments she is just another person who thinks she is the hero, but in reality, she is the villain. I thought Astrid would come to her senses, but we see she doubles down on her beliefs: Batman is a demon and plague on Gotham City.

I understand the philosophical reasons of why Astrid wants to use the day bomb and blind Gotham. Her whole deal is to reveal who Batman really is to the city. She wants to bring Gotham out of the shadows and into the light. However, I do not understand why she wanted to blind it. I am curious how Tomasi fleshes out her ultimate plan.

Final Thoughts: I enjoyed Tomasi’s arc. I feel Arkham Knight has been introduced into the Batman Universe and is set up for future stories. I do not have any real complaints.