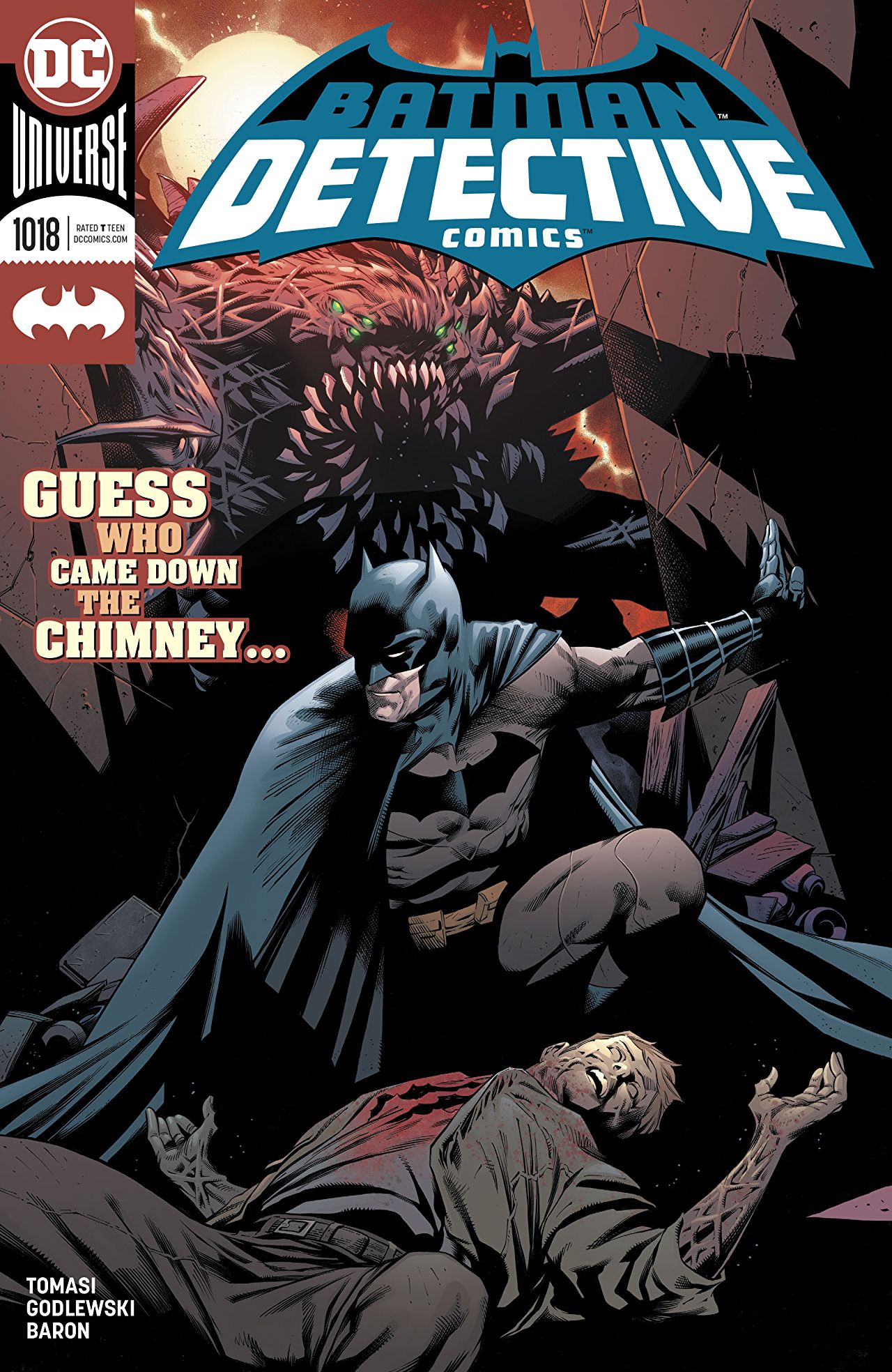 Overview: As the old year closes out, a new villain arises to teach an alternate meaning of Christmas.

Synopsis (spoilers ahead): Our opening scene, set in December 1639, depicts a Viking, in the service of the sun, splitting open the head of a monk.

In present-day Gotham City, Batman dispatches a small gang and drops a parole-breaker onto the hood of a police car before racing off to make a 12:45 appointment at the Batcave. He arrives to find Ace and Titus waiting for him. Bruce plays catch with the dogs until his fury overruns him. In his anger, he tosses the ball far enough that it’s hopeless for the dogs to retrieve it. He allows himself a moment of grief over Alfred (who had been murdered in the pages of Batman #77) and, not having the relief of the Bat-signal to pull him away, Bruce returns home only to suit back up and pay a visit to Harvey Bullock, who is spending Christmas at his office in the GCPD. After getting updated on a few murders at the Botanical Garden, Batman heads off to investigate.

At the Botanical Garden, Batman visits Gotham’s largest natural Christmas tree, only to find out that it’s decorated not only with lights and bulbs, but also with more victims. His analysis leads him to believe that the murders are ritualistic. He then spots a divot encompassing the area. He climbs a tree to find that someone has carved a large, complex symbol into the snow. He shares his insights with Bullock; the murders seem to stem from an ancient Nordic sun-worship ritual surrounding a piece called the Blood Eagle.

Hours later, Bruce is awakened by a phone call from Lucius and reluctantly makes his entrance as the host of the Wayne Foundation Christmas Tree Lighting Celebration. He gives a charming Bruce Wayne speech, but towards the end, he is interrupted as a large Viking leaps down from atop the Christmas tree, ax at the ready, towards Bruce Wayne!

Analysis: Tomasi begins to bring us back to the emotional storytelling we remember from his run on Batman and Robin with his brief, but touching, interactions with Titus and Ace the Bat-hound, as well as the scene where Batman mourns Alfred. With no Bat-symbol lighting the sky (a reminder that Gordon is gone, too, after being infected by The Batman Who Laughs), Batman is as lonely in Gotham City as Bruce Wayne is at his stately manor without his true ally and father figure.

Tomasi’s passion for history is present here as well. Jolablot, the cry that the Viking gives as he leaps at Bruce Wayne, is the Nordic Yuletide, or longest night of the year that marks the end of the harsh winter season and the beginning of the return of summer (and thus life). It’s also known as Mother Night, which is reflected in the symbol of the woman that had been carved into the scene in the Botanical Garden. Our villain obviously has his own ideas of how to celebrate the year’s end and it seems to require a lot of sacrifices.

Final Thoughts: Tomasi brings his passion for history and emotional-driven storytelling here, and Detective Comics is better for it.