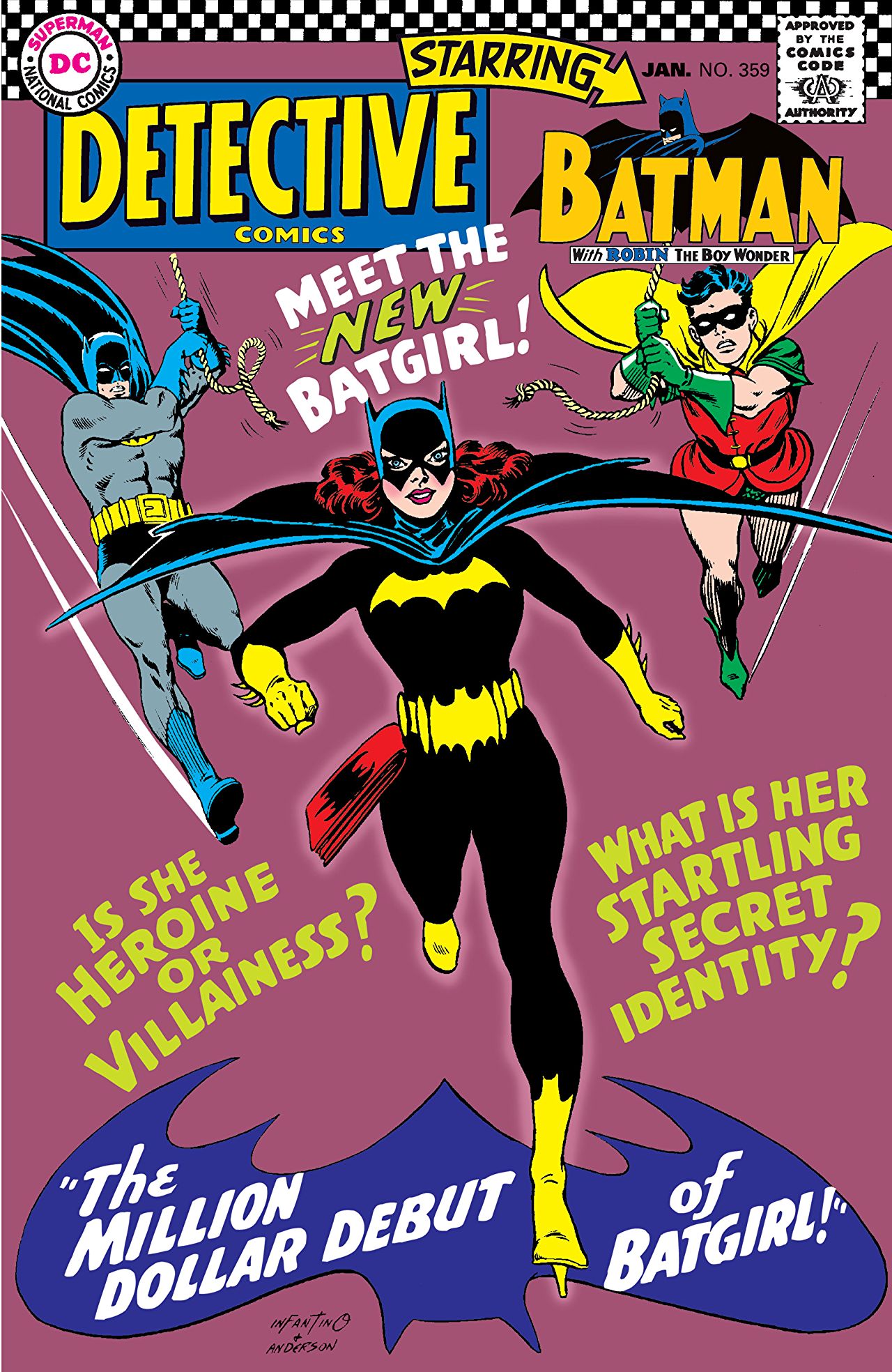 Overview: It’s the classic battle of the sexes as a young woman becomes Batman’s greatest rival.

Synopsis (spoilers ahead): Our story begins with a young woman named Barbara Gordon, daughter of Commissioner Gordon, preparing a cosplay Batman costume for the policeman’s ball. She starts to monologue about how super amazing she is in having a PhD, perfect grades, and even a brown belt in Judo. Meanwhile, the minions of Killer Moth ambush the car of Bruce Wayne, who is probably also heading to this same policeman’s ball.

The minions trap Bruce Wayne and his ward in some cocoon-like goop before removing them to beat them up. Barbara manages to rush in and distract them, giving Bruce enough time to run off and change into Batman. He comes to Barbara’s aid when Killer Moth appears, suspended by a wire. Whatever the wire is apparently connected to, I’ll never know, but Killer Moth throws Barbara into the goop. When Batman shows up to beat Killer Moth, he flies away. Batman has no way to pursue Killer Moth, so he just helps Barbara get out of the goop. They exchange banter before Barbara excuses herself, keeping her identity a secret.

The next day, Barbara is at the library, itching to get back out there and work as Batgirl, while Bruce and Dick are busy investigating Killer Moth’s master plan. This plan appears to be high-stakes racketeering, where Killer Moth beats up a bunch of rich people and then threatens to kill them unless they pay him. The dynamic duo then follows up and check on a bunch of other rich people to confirm that Killer Moth did the same to them.

Bruce and Dick lure Killer Moth’s men to their mansion by refusing to pay the ransom. Killer Moth decides to kill them, but the duo leaves a dummy for them to kill, so the pair can hide and follow Moth’s men back to their lair. Unfortunately, Bruce seems to be a collector of rare books, and Barbara Gordon happens to work at a library that sells said books to Bruce. Barbara arrives just in time to see the Bruce dummy get murdered, instantly changes into her Batgirl costume, and proceeds to get into fisticuffs with Moth’s minions. Bruce and Dick pull her into a closet, and the minions all think she ran away.

They tell Barbara to bug off and run after the minions, having placed a tracker on their car. Barbara chases after them, angry at Bruce’s dismissal of her caliber. Batman and Robin instantly get caught in a trap by Killer Moth as they breach his compound, and Barbara shows up to rescue them, aiding in the capture of Killer Moth. Batman congratulates Barbara and then presents her to Commissioner Gordon as a new vigilante in town. Gordon makes a quip to Barbara later that night about how he wishes she was more like Batgirl.

While not the focus of this site, the issue also features the story, “Riddle of the Sleepytime Taxi” featuring Elongated Man and Sue Dibny.

Analysis: I’m not a huge fan of this story. It’s a bit TOO dumb for my taste and not in the “so dumb we’re having fun” kind of way. Barbara is just instantly this super-competent person, which makes as much sense as Batman or the others in these superhero stories, but her personality isn’t really that defined beyond “girl looking for excitement in life.” She just accidentally finds herself involved in this case twice over. The first time makes enough logical sense that two people attending the same party would run past each other on the same road, but the incident where Barbara is bringing an expensive book to Bruce Wayne right as he’s setting up a trap with the bad guys just feels forced.

I get that the story is trying to set up Barbara as this bad-ass character who we should all like and be interested in, but she’s intentionally written to be this boring and uninteresting person in her normal life. She’s literally a librarian. Not to pick on librarians, you people are great and I know a few in my life, but you have to admit, being a librarian is not exactly a thrilling occupation.

The villain’s plot is also very bare-bones and basic: “beat up people and demand money.” They even catch him with some of the most contrived means, since apparently when Killer Moth tackled Barbara in their first encounter, enough of her perfume got stuck to Killer Moth to leave a lingering scent. No one thought it was worth mentioning at the evil villain base that their boss smelled like perfume.

Oh, there’s also the fact that Killer Moth apparently has an anti-gravity chamber like the kind used at NASA, just casually in his building, which he can deploy as a trap to capture intruders with. If he has that much money already, I don’t see why he needs to be extorting people for money.

The art though is quite good. Infantino has some really good facial expressions, and I could honestly fall head over heels for Barbara just with her face alone. It’s not enough to distract from how bare-bones this entire story is though.

Final Thoughts: It feels like Gardner Fox wrote this comic in his sleep, and no one thought it was worth giving a once over. If you’re a collector, sure, get this. Otherwise, I’d pick up a different Batgirl book.