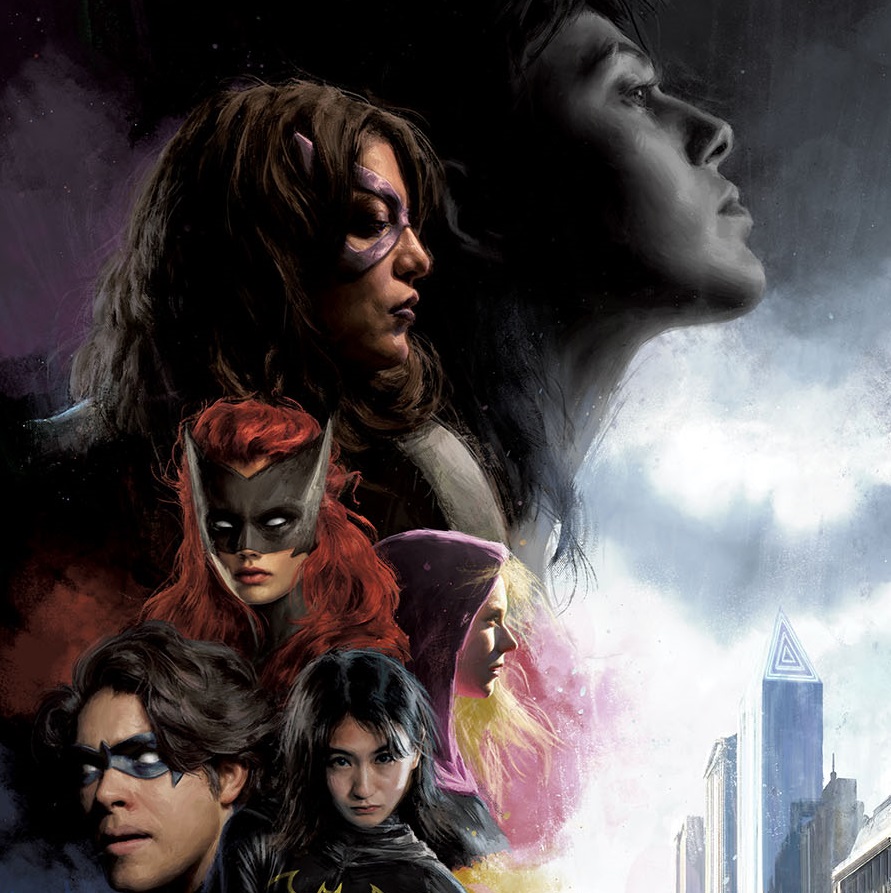 Overview: Detective Comics #1047 launches its twelve-part weekly event as the Bat-Family defends Gotham in the face of a new facility bearing the Arkham name without Batman at their side.

Synopsis: As Detective Comics #1047 begins, it’s Day 7 of the Arkham Tower trial, and Dr. Tobias Wear is holding a press conference explaining the major difference between Arkham Asylum’s ways of old and Arkham Tower’s new approach to treatment instead of punishment. These new medical breakthroughs will result in some of the best mental health practices Gotham has ever seen. Deb Donovan has some doubts. The Gotham Gazette has asked multiple times for a list of the pharmaceutical companies helping with the medical therapies the Tower uses in its treatment plans. Nothing’s been provided to this point. Dr. Wear promises to provide the paper with the list as soon as possible.

Dr. Wear is very confident in the treatment practices of Arkham Tower. To prove this, he introduces one of the Tower’s first success stories, Roy Dowd, formerly known as Nero XIX. This surprises Mayor Nakano, who is also in attendance at the event. The last time Nakano saw Dowd, Dowd was trying to kill Nakano in his own office at City Hall. Yet, here he was standing before the crowd, having his handcuffs removed by Dr. Wear. “I feel good,” he tells Dr. Wear.

Later that day, Batwoman is meeting with Deb Donovan again. The reporter has her concerns about the doctor and the treatment practices at Arkham Tower. She’s still having trouble finding information on the treatment practices at the Tower. Furthermore, she’s having trouble finding Tobias Wear’s medical license. Batwoman is concerned about the increase in pharmaceutical drugs hitting the streets. The Party Crashers have returned, and they seem to be the source of these drugs. Is there a connection between the drugs and the new Tower or is it just a coincidence?

Fires burn at the lower levels of the Arkham Tower, and the GCPD find themselves negotiating with an unknown assailant who has a list of demands. Inside the burning building, Oracle calls out for members of the Bat-Family who are already inside the Tower. There’s no response from either Steph or Nightwing, but Ana Vulsion walks the halls, bloodied scissors in her hands. Outside the building, Batwoman arrives on the scene. She is too late, however, as the hostage negotiator has failed to make any headway with the inmates-turned-hostage takers. A man falls from the upper floor of the Tower, landing on the pavement below. Tobias Wear is dead, killed at the hands of Roy Dowd, Ana Vulsion, and others. His dead body is missing a finger.

Batwoman leaves the scene and rendezvous with Cass on a nearby tower. It’s still not safe for them to scale the building as they still are having trouble getting a layout of the building’s security system. They need that to get an idea of what and WHO is where. Suddenly, Nightwing calls in. He’s somewhere on the ninth floor. He saw Steph earlier but doesn’t know where she is now due to gunfire. Oracle is worried about Huntress. No one knows if she is hurt or even alive. Little do they know that she is an elevator shaft, distraught and bloodied.

Analysis: Whoa and whoa!!! Let me start out by saying that I was not expecting Detective Comics #1047 to be this good. I was expecting more build from Tamaki. Instead, we get right to the battle, and boy is it intense. Someone on the TBU Discord server described it as a Die Hard vibe. While I personally won’t go that far in comparing it to one of my favorite Christmas movies, but I can definitely see where those vibes might come into play. However, as I’ve mentioned in previous reviews and in the latest episode of the Comic Podcast, Tamaki’s story is going to revolve around mental health, what works, and particularly what doesn’t. We get a taste of both here.

With this issue, we are introduced to some key players in the story, particularly Dr. Tobias Wear. We first hear of him in the last issue during the conversation between Batwoman and Deb Donovan. As they surmised, he is the face of the Arkham Tower project. He’s quite comfortable in his role and in the practices they are implementing at the new facility. Unfortunately, as seen quite early, he dies because of his beliefs. Or does he?

As I mentioned in the latest episode of the TBU Comic Podcast, one thing that I have an interest in is the budding relationship that Tamaki is creating between Deb Donovan and Batwoman. We get more of this in this issue as they meet to exchange information with each other. I see a real partnership developing between these two, similar to the relationship between Batman and Jim Gordon. This one is more open, however, as they appear comfortable with a meeting during the day. I am very interested in seeing where this partnership goes as we trek through the event. It has the potential to lead to something great.

By the end of part one, a lot has happened. Tobias Wear is dead, the Arkham Tower is on fire, and the inmates are apparently in charge. Between now and some point before the end of March, we are going to get the story of how we get there. Something tells me that it will have a lot to do with mental health treatment or the lack thereof. However, the most interesting thing revealed in this issue is that Huntress is a patient. Is she undercover? As I mentioned in my review of Detective Comics #1046, she was distracted as Steph spoke with her on that scaffold. Clearly, she has been having issues adjusting to the new “power” she received as a result of her interaction with Hue Vile, and the last panel appears to show that. What leads her to be on top of that elevator? Do her visions have anything to do with it? This story might be the most important of the event. For this Huntress fan, it is definitely the most interesting.

As I mentioned several times, Dan Mora’s art will be missed, but I will not complain about Ivan Reis contributing to the few issues of this event. This issue clearly shows why. The lines are absolutely stunning. His linework, coupled with colors from Brad Anderson, is something to behold. As we get through this first arc of the event, the visual artwork will be as important to setting up this event as Tamaki’s scripts. I have complete trust in Reis’ ability to lay the visuals to kick things off.

Synopsis: As the backup story in Detective Comics #1047 begins, a young boy plays with his toy dinosaur as his mother looks in the fridge for dinner. Suddenly, the boy’s father barges in. They need to go and go now. Someone is after him. As the parents hurry to look for suitcases, there’s a knock on the door. The little boy uses a chair to peek through the peephole, only to find the Joker’s menacing face smiling back at him. The father grabs the boy right as the Joker swings an ax through the door. He hides the boy in a closet, while looking for his gun, and tells him not to move.

The Joker has made his way inside. He isn’t happy. The parents try to reason with him, but to no avail. The father made a grave mistake – he bothered Joker. The boy watches. The Joker murders his parents. The Joker sees the toy dinosaur and realizes he’s not alone. He asks the boy to come out so they can talk, but Joker doesn’t know that the boy has found his dad’s gun. He realizes Batman is on his way and takes his leave of the apartment.

Batman crashes through the apartment window and finds the dead parents. He turns and finds the boy standing next to him, the gun pointed at his head. The boy blames Batman for his parents’ death. The Joker has to be his friend. But Batman promises him that he wants to stop the Joker to make sure the clown doesn’t hurt anyone again. Batman grabs the gun from the boy and disappears before the GCPD makes their way in. As the police tape off the crime scene, they tell Harvey Dent that the boy claimed that Batman killed his parents, but the young DA waves the idea off. No one knows what to do with the young boy as Children Services is not available. James Gordon can’t take the kid in either. There’s only one place willing to take the boy for now – Arkham Asylum.

Analysis: This backup story prevented Detective Comics #1047 from receiving a five-star rating from me. Granted, the story isn’t bad as it is setting up Rosenberg’s story over the next few months. However, everything – from the story to the art from Fernando Blanco – suffers from such a great main story. Although, that one panel with the Joker wanting to talk about “our Lord and Savior” was pretty hilarious. However, it will be interesting to see how this little boy, who appears to hate the Joker and Batman for what happened to his parents, grow up under the “emerging fields” of Arkham Asylum. I have a thought on who this kid might be. Let’s see how things play out.

What an intense way to kick things off. Despite the change in leadership and direction, Tamaki seems to have been building to this story from day one, and I will be here for it. Join us next week for part two.