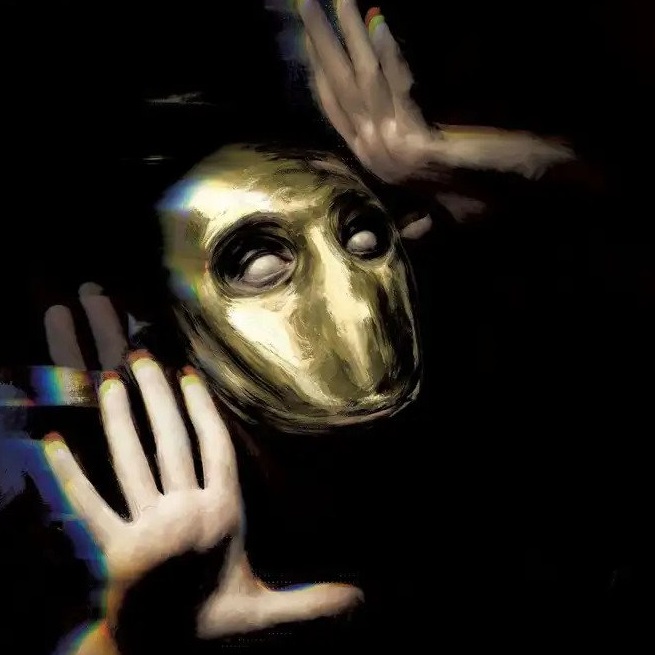 Overview: In Detective Comics #1051, part five of Shadows of the Bat, we see Psycho Pirate pushed to the limits of his abilities. What could go wrong?

Synopsis: Detective Comics #1051 begins months ago, as a plane lands at Keystone County Airport carrying an unexpected package – Psycho Pirate. The flight crew is unaware of his presence as he fogs their minds of him being there. After the plane lands, he takes off to the only place he’d feel safe – the home of his best friend Tobias Wear. There, he tells his friend of those looking for him and how he needs to disappear. Wear tells his friend of his con to get money from Gotham City. He just needs to know that Psycho Pirate still has mental abilities. Psycho Pirate proves it by manipulating the mind of Wear’s friend, causing her to dance in glee.

It’s the present, and in the underground HQ, the Bat-Family is discussing the uptick of the drug Numb on the streets. They need to find the Party Crashers’ main hideout to shut it down. Babs hands Nightwing a device to use to access files when he begins his next undercover shift at the Tower. Elsewhere, in a different underground hideout, the Party Crashers are not happy with Tobias Wear. They demand an explanation as to why half of their shipment of Numb consists of salt pills and is unusable. The conman psychiatrist tells them that he will take care of it. As he drives off from the Party Crashers, Wear gets a phone call. It’s the Penguin, and Penguin isn’t happy. Half of the Numb shipment promised to him was ineffective. Wear has twenty-four hours to fix this problem or else.

It’s Day 18, and Dr. Meridian is in a session with Siphon, who is having visions of himself performing violent acts in a movie. As the session ends, Dr. Meridian gets a call from Dr. Wear. He’s to see about the report she needs to submit to Mayor Nakano to secure the funding for the Tower project. She insists, however, that this won’t happen before she has a chance to meet Dr. Ocean. Wear hangs up the phone in disgust. He contacts the mayor’s office and invites Nakano over to the Tower for a tour.

It’s Day 19, and Psycho Pirate is struggling with control of the patients. He slowly fades consciousness before passing out on the floor. Suddenly, Siphon awakens and stabs a guard – with a spoon. Alarms blare and inmates’ rooms are locked. Nightwing jumps into action. Before Nightwing can report back to Oracle, he’s slammed in the back of the head. It’s Ana Vulsion. She remembers him.

Dr. Meridian is meeting with Helena as the alarms go off. Helena tells the doctor to contact Dr. Frow and tell her what’s happening. She storms out of the office where she runs into an approaching Nero XIX, who is looking for the doctor. They battle before Helena gets the upper hand, taking out the would-be murderer. She looks at her hands and takes off. She has to remember this event.

Wear charges into “Ocean’s” office where he finds Psycho Pirate struggling to get up. He grabs the Medusa Mask, places it on Psycho Pirate, and orders him to regain control.

“Sleep… Forget.” Everyone in the Tower falls to the floor.

Analysis: Mariko Tamaki’s story continues to be great. After the reveal of Psycho Pirate last week in Detective Comics #1050, Tamaki begins to answer another question – what caused things to break down in chapter one, leading to Tobias Wear’s death? Psycho Pirate is beginning to lose his grasp on the patients. Numb, which he seems to have been taking to stay up, isn’t working as before. While the tragedy was averted this time, we know at some point, there’ll be no way to stop the patients from waking up from the trance Psycho Pirate has on them.

After the length of the story we got in the last issue, Detective Comics #1051 was a rather quick read. Even with the brief jump in time at the beginning of the issue, the dialogue and the pacing were really good. Part five was done before I knew.

Some questions as we move forward:

This week gives us a new art team with Max Raynor on art and Luis Guerrero on colors. The team clearly isn’t Ivan Reis and Brad Anderson, but they provide some decent art in the issue. Guerrero’s coloring seems slightly darker than Anderson’s. This isn’t a major issue, but it definitely is noticeable.

Synopsis: It’s a very special day at Arkham Asylum as the backup in Detective Comics #1051 begins. The Boy has been given a clean bill of health and is now about to be adopted by the unlikeliest of characters – the Penguin, who’s sitting in the limo with Elliot, a kid from a few issues ago. The Penguin takes the Boy to the Iceberg Lounge and shows him the way of the place. Since the club doesn’t open for a few more hours, the Penguin gives the Boy an advance of his pay and tells him to go have some fun.

After eating some ice cream and feeding the squirrels, the Boy realizes it’s time for him to head back. As he walks through an alley, he finds himself cornered by someone looking to be paid in order to pass by. This would-be criminal is confronted by the Penguin, however, who forces him to apologize to the Boy. As the man kisses the Boy’s feet, the Penguin gives the Boy a choice – live or die. The boy asked that the man be let go. The Penguin kills that man by breaking his neck.

We don’t always get what we want.

Analysis: Rosenberg’s story continues to impress me. I truly enjoy how he has the Boy interacting with Batman’s most ruthless villains. This week in Detective Comics #1051, he begins interacting with the Penguin, who has taken a liking to the Boy based on the word of another. I would imagine the Penguin will greatly influence the child’s demeanor and upbringing over the next few chapters. As we have seen, the Boy is becoming ever more entrenched in the Gotham underworld. The last few issues he has shown a sense of acceptance with who he is, whether being a part of the gang of kids out to kill Bruce Wayne or willing joining the Penguin’s staff. Continuous exposure to the underworld will not bode well for him.

I know the backup is shorter than the main story, but I believe I am done with Fernando Blanco on art duties. The art hasn’t been terrible. I’ve said before that I enjoy the artwork, but going into a new chapter with the same team has gotten boring with the same art. We need a change-up to spice up the visuals on the pages.

This story from Tamaki has been consistently great. This week, however, the backup story is really good as well. Tune in next week to see what happens when everyone wake up at the Tower.