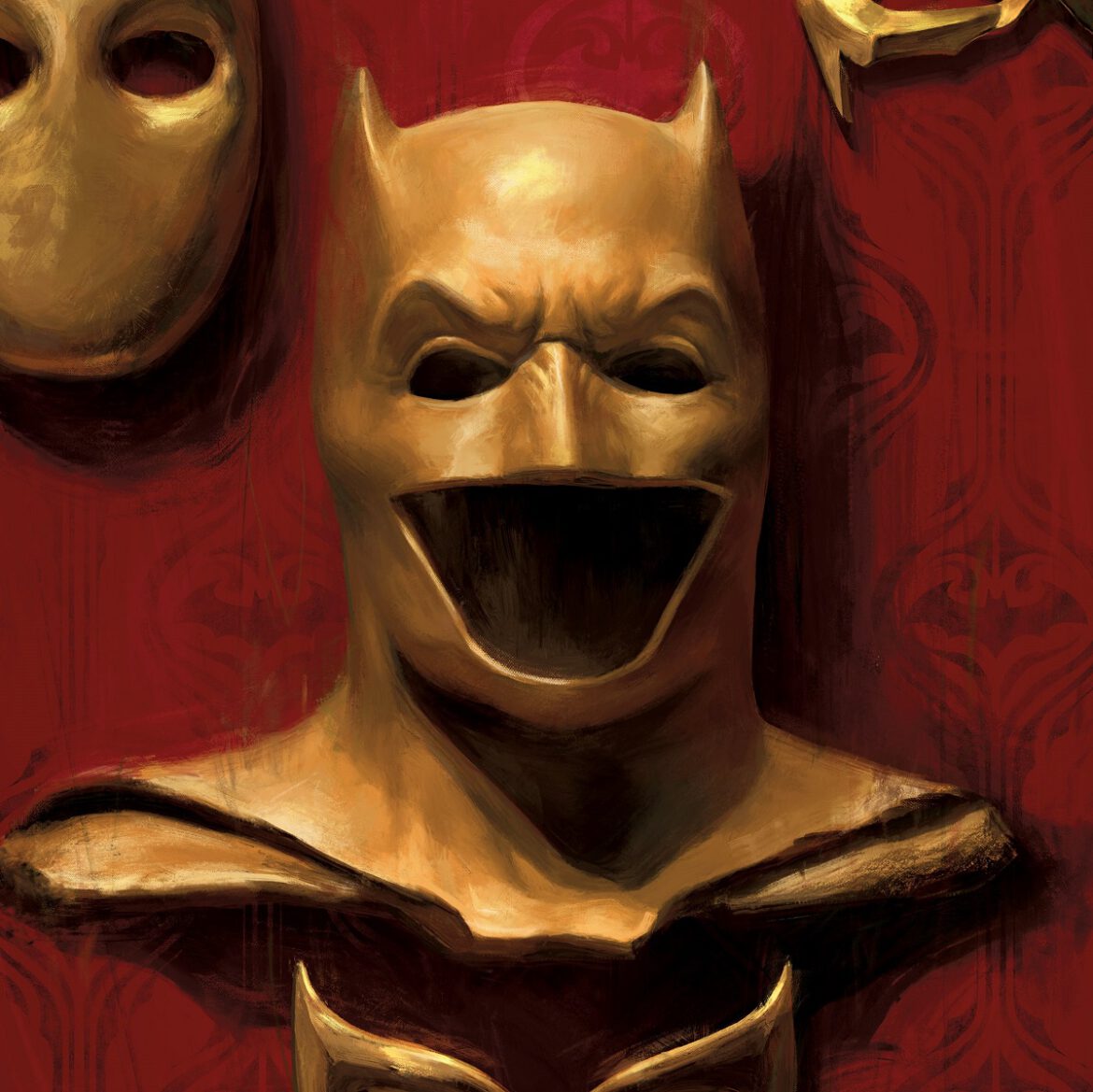 Overview: In Detective Comics #1054, Tobias Wear prepares to implement the final part of his scheme, as Psycho Pirate continues to struggle with his grasp on everyone.

Synopsis: Detective Comics #1054 begins as pedestrians walk the streets of Gotham, they hear the sounds of a pitched battle between the Party Crashers and the Bat-Family underground. Batgirl (Stephanie Brown) takes the lead in taking down the gang, while Babs tries to locate Nightwing. Batwoman organizes the team, as Mayor Christopher Nakano panics about the opening of Arkham Tower. Dr. Wear is threatened by Penguin for the missing drugs, while Psycho Pirate holds Nightwing captive with his powers.

Another group of Party Crashers heads to Arkham Tower, hoping to get their money from Dr. Wear. Dr. Chase Meridian walks through the tower, hearing patients chant “His hold is breaking,” as Nakano prepares to bring his wife, Koyuki, to the opening as a patient. Steph infiltrates the crowd as Dr. Wear begins to speak before the audience, but Psycho Pirate loses his grip on Nightwing as the Party Crashers enter the building. The inmates start murdering staff, just as Batwoman, trying to convince Nakano of what the Bat-Family has uncovered, receives word from Steph that the tower is under attack. She takes on the Party Crashers alone in civilian gear. Huntress, Koyuki Nakano, Ana Vulsion, and Mr. Freeze all start planning an escape while Siphon captures Dr. Wear and prepares to kill him.

Analysis: Of all the parts of Shadows of the Bat, this was probably the quickest read. The Bat-women take out the Party Crashers. Wear’s plan continues to crumble. The Crashers return to ensure Wear’s plan fails, and it does as Psycho Pirate loses control of everything. People die. The End. See you next week. See? Pretty quick. I don’t think this is a coincidence from Tamaki. At this point of the event, as we get to the sequential point of the story teased in the opening of Detective Comics #1047, we have pretty much come full circle. We know what happens next (unless you somehow haven’t read it yet, take a look at my review).

Prior to Detective Comics #1054, we have received a lot of character development that tells us a lot about the key players in the event. In doing so, Tamaki has also given us a decent mix of action and mystery, and it has made Shadows of the Bat work. I once said that while I enjoyed Shadows being a weekly story, its weakness was being a weekly series. As we go into part nine next week, we’re entering the final stretch. The story is going to end soon.

The art from Max Raynor looks a little off this issue compared to his others. I’m not certain if it’s due to some of the close-ups, but the lines seem a little more jagged than what I’m used to seeing from him.

Synopsis: In the Batcave, a paraplegic Bruce watches his city burn after Bane’s attack, while Tim Drake begs to help. The Boy learns Bane “killed” Batman and thinks it might be safe to stay in Gotham after all. He sees Anarky and Robin, attacking the latter, telling him that the last Robin (Jason Todd) hurt him and sent him to Arkham. However, before Tim can convince the Boy to trust him, Azrael Batman drops in and brutally shoots the Boy full of shurikens before driving him off a bridge, declaring he will clean up “His City.”

Analysis: We continue the adventure through Batman history through the eyes of the Boy, who I guess should have a new name since he is older than when I last reviewed Detective Comics. At this point, entering the final trimester of the story, one would expect to know more about this child’s identity. Yet, we’re still guessing at it. With the story itself, Matthew Rosenberg does a good job of depicting Tim and the deranged Az-Bats from the Knightfall event. The Boy also continues to grow and mature despite his issues. He realizes that Tim isn’t the same Robin from the earlier chapter of the story when Scarecrow and the mind-controlled kids attacked Wayne Manor.

It seems we are now caught up with where Shadows of the Bat began with issue #1047. We now see the aftermath as Tobias Wear falls to his death. The story getting to this point has been great. Now it's time for Tamaki to bring it home.