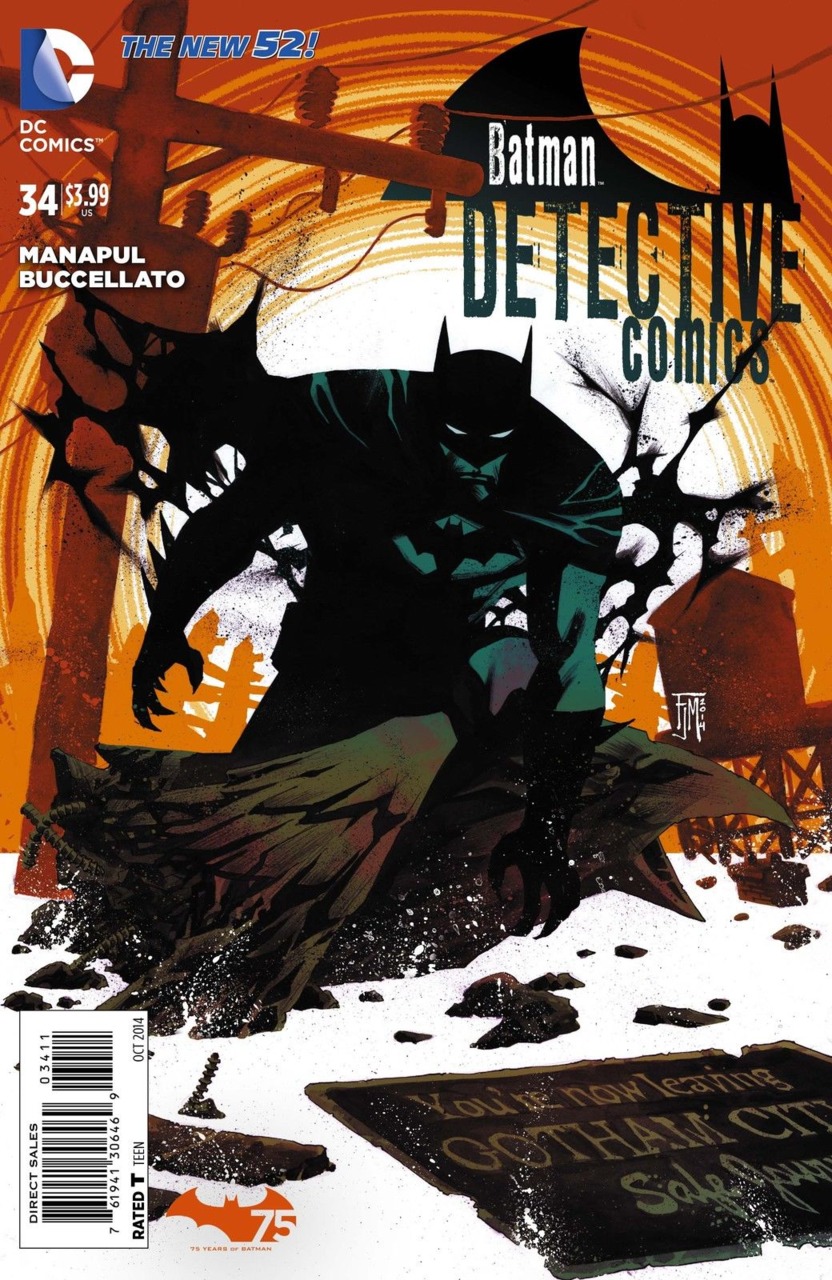 In continuation from last issue, we have Batman and Bullock duking it out, a glowing pink dude exploding, and Annie pointing a gun to the head of the drug dealer. Now, this wasn’t necessarily the great ending I was hoping for with the new creative team. When these guys were on the Flash, I always enjoyed the art, enjoyed the character moments, enjoyed the detective work… but their endings seem to be lacking. And even though this ending wasn’t a huge letdown, it wasn’t nearly as great as the buildup to this event. However, the art is still B-E-A-Utiful!

So, Annie kills the Squid’s brother. Shoots him right in the head.

Batman and Bullock regret following the “why” instead of “how”, letting the explosion happen across town, killing who-knows-how-many and destroying the waterfront.

Holter (Annie’s newfound father) and his biker-gang head toward the explosion to find the glowing-pink-dude-with-no-name-who-caused-the-explosion. They have had him hooked up to a machine (as we saw issues ago) and have been producing Icarus from him. Ew.

Batman shows up in a new battle armor and fights the gang. He gets out, fights Holter, but because of the waterfront damage, the city is flooded and the Squid’s squid (Gertrude) grabs Holter and pulls him under. Batman tries to save him, almost drowns, himself, but is saved by Bullock. Bullock handcuffs him, but makes the mistake of turning around and Batman disappears.

Bruce it trying to convince Annie to continue her mother’s legacy, but she has joined the Kings of the Sun instead.

Later, Bullock is out doing detective work, when he comes across an Anarky tag on a window, hinting at our next story-arc.

Freaking gorgeous art, but the story leaves some to be desired.