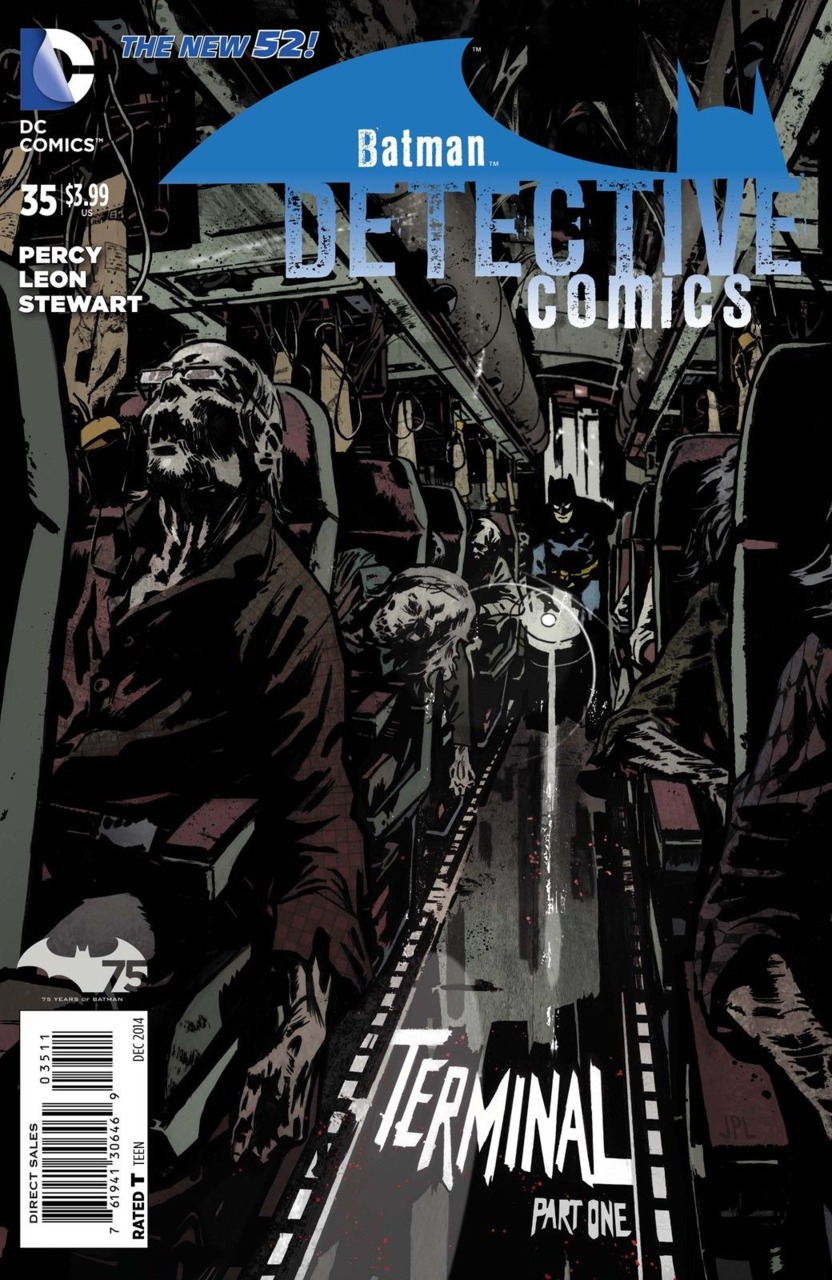 Wow. This issue blew me away. I had no idea what to expect coming into this, and I was very impressed. Benjamin Percy has a wonderful two-issue story going, and it’s a great one. Reading this, it didn’t even feel like a Batman comic, or a superhero comic, even. It felt like more of a crime/detective, Ed Brubaker Image comic. Which is an awesome change of pace from what we normally get. Beautifully set up, ends on a high note, and leaving me anxious for the ending next month… Kinda weird having a two issue story, but I’m loving this format, and hopefully we get more shorter stories like this.

John Paul Leon’s art is so freaking gorgeous. It looks very similar to David Mazzucchelli or Sean Phillips. So if you like those guys, you will love this. I must also point out the colors, because they are beautiful. You can thank Dave Stewart for that.

Bruce and Alfred are at the airport. Bruce is on his private jet, but Bruce is beginning to wonder why they haven’t left yet…

Up in the tower, there is a problem… A airliner is ten miles out, and it is not responding at all. Minutes later it touches down at the airport, police surrounding it to go to a specific bay in case of terrorism. The plane makes a sudden turn, heading straight for the airport lobby.

The flight destroys the lobby, killing some, injuring more. Batman manages to save a little girl. He makes his way inside the plane, as the cops follow several minutes behind. Everyone in the plane is dead following their right hour flight. Batman tells the cop to quarantine the airport, as they have about eight hours to live.

Batman’s knee begins to hurt, which he says is an old battle wound, now this could be adding to the character of Batman, or it has something to do with the infection… I guess we will know more later.

Thankfully, at the airport, Batman has access to the news thanks to a huge monitor in the lobby. A creepy dude with a cheap video camera (think Joker from The Dark Knight) accepts responsibility for what happened, saying that America has declared war with Earth by keeping troops in the Middle-East, depleting it’s natural resources. Therefore, by representing Earth, he has declared war on America.