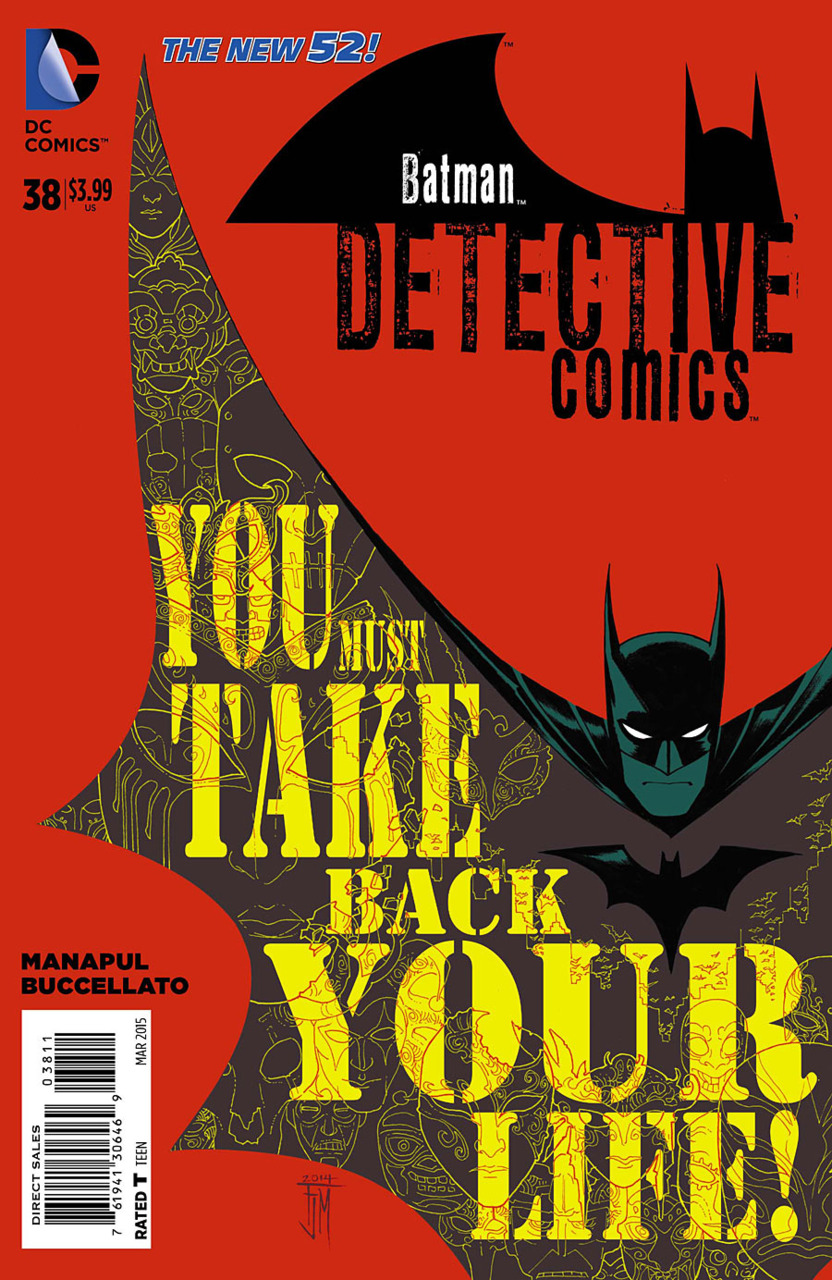 Anarchy, or more specifically Anarky, continues to reign on the streets of Gotham. Anarky first appeared on the pages of DC the same year Michael Keaton made his film debut as the Dark Knight. The character has made many appearances since his introduction to the DC universe; however, I feel that his story and ideology is relevant now more than ever. Hacker groups such as Anonymous have proved that a small band of individuals can have a profound influence on the population as a whole. Once a second rate Gotham villain, Anarky now represents a very real segment of society that seeks to push back against the conformity brought on by governmental control. For the time being we will examine the impact that a character like Anarky can have on the fictional city of Gotham.

The issue opens immediately following the events of issue #37. We see Batman evading death as Wayne Tower bursts into flames. The destruction of this building is reminiscent of the 9/11 attacks on the World Trade Center. Wayne Tower, much like the World Trade Center, represents the prosperity of the city. It is more than just a building; it is a symbol of hope to some and a symbol of struggle to others. No matter how you view the buildings, their destruction sent a very clear message; no one is safe. The last panel on the fifth page is hauntingly similar to the immediate aftermath of the 9/11 attacks. Anarky follows the destruction of Wayne Tower by leaving a faceless mask on the doorstep of every citizen of Gotham. He declares that he has erased the digital footprint of every member of Gotham City and the masks represent the ability to choose a new future.

The remainder of the issue is spent exploring the impact that Anarky’s actions have had on Gotham as a whole. Politicians use the incident to gain favor in the public square. Some see it as a chance to start anew, while others see it as an opportunity to wreak havoc on the streets of the city. Manapul and Buccellato use their writing prose to make it clear that every member of Gotham has been impacted by the actions of Anarky. The story wraps up with the death of an innocent, illustrating that even under a newly enacted order, Gotham is as ruthless and unforgiving as ever.

The art direction in this week’s issue is beautiful from start to finish. The use of a wide spectrum of colors gives each panel a unique intensity that lends itself well to the multifaceted approach to storytelling. Although the subplots were underdeveloped at times, I found this to be a solid entry in the Detective Comics series and feel that the current story arc that no Bat-fan should miss!