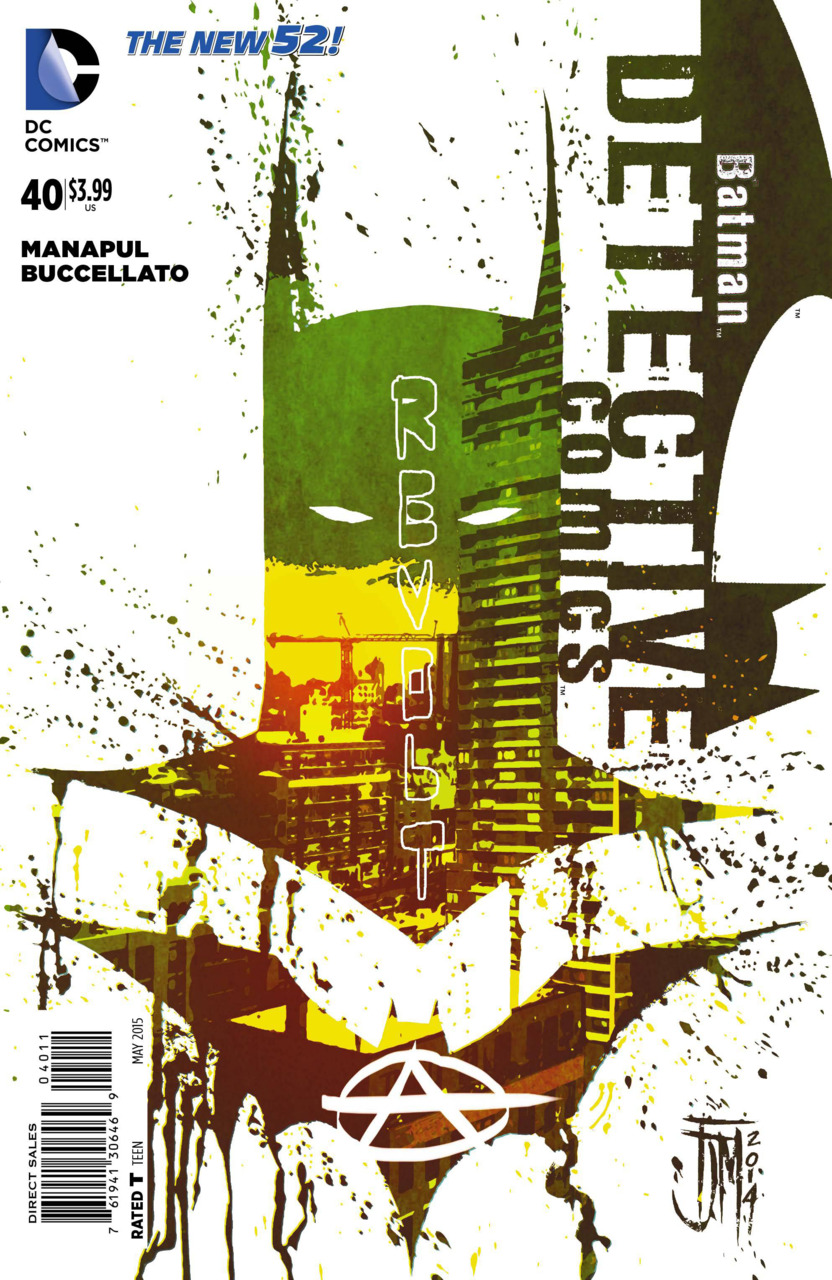 This week is the conclusion of the Anarky story arc that up until this point was exceptional on almost every level. Unfortunately, I did not find the climax of this story to be on par with the preceding issues that led up to it. For the majority of this story arc I found Anarky to be a character that was fresh and relevant to the world that we currently live in. However, Manapul and Buccellato appeared to have taken the easy way out and written Anarky in a way that results in him being just another throwaway member of the rouges gallery.

Anarky’s vision started as one that was grandiose in nature. As readers, we were led to believe that his motives were larger in scale than most of the villains that Batman has faced in this series. He was trying to change the lives of every citizen of Gotham and essentially offer them a new beginning. Unfortunately, over the course of this issue we learn that his tale was one of revenge against the Mad Hatter. I feel this story would have worked well had the setup been handled in a different manner. In other words, the climax was not on par with the manner in which the character was setup. All of that being said lets dig into the details of the issue.

The issue opens immediately following the events of issue #39. Anarky continues to violently beat Mad Hatter and we learn that Anarky was one of the children in the safe house that Hatter had been abusing. Batman is able to stop Anarky from killing the Hatter, however, the tables quickly turn as Anarky commands all of his followers to kill Batman.

In the absence of Batman, Bullock begins to work with Alfred to crack the technological frequency that is being used in the control everyone wearing an Anarky mask. The dialogue between Alfred and Bullock was the highlight of the issue for me. I laughed out loud when Bullock refers to Alfred as “penny-dude.” Furthermore, seeing Alfred don an Anarky mask and try to control the chaos on the streets of Gotham was a welcomed bit of comic relief in an otherwise violent issue.

The book returns to Batman fighting Anarky. With one swift punch the Dark Knight is able to shatter the mask Anarky is wearing, reveling his identify as that of Sam Young. The pages in which Young recalls the abuse his sister, Alice, endured at the hands of the Mad Hatter were very well drawn and particularly heartbreaking. With only moments to spare, Alfred and Bullock are able to cease the mind control that had taken over the people of Gotham City. The revolution that had taken over the streets of Gotham is now over.

The remainder of the book is spent examining the aftermath of Anarky’s actions. The panels in which Lonnie Machin receives one of the remaining Anarky masks leaves the story open for future events to transpire. As for Anarky, it appears that he has become a permanent resident of Arkham Asylum. The last page of the book showcases a heartfelt conversation between Alfred and Bruce Wayne. Although this topic has been discussed numerous times in the past, I like that even after everything that has happened, Alfred still holds on to the hope that one day Gotham might not need a Batman.

This was not a bad issue. However, it did feel like it fell flat in the climax department. Anarky was a character with a plethora of potential that unfortunately was left untapped. Framing him as a man acting solely for the sake of revenge felt cheap. I hope that this is not the last time we will see Anarky in the Batman Universe; let’s just hope his next outing does the character a little more justice.