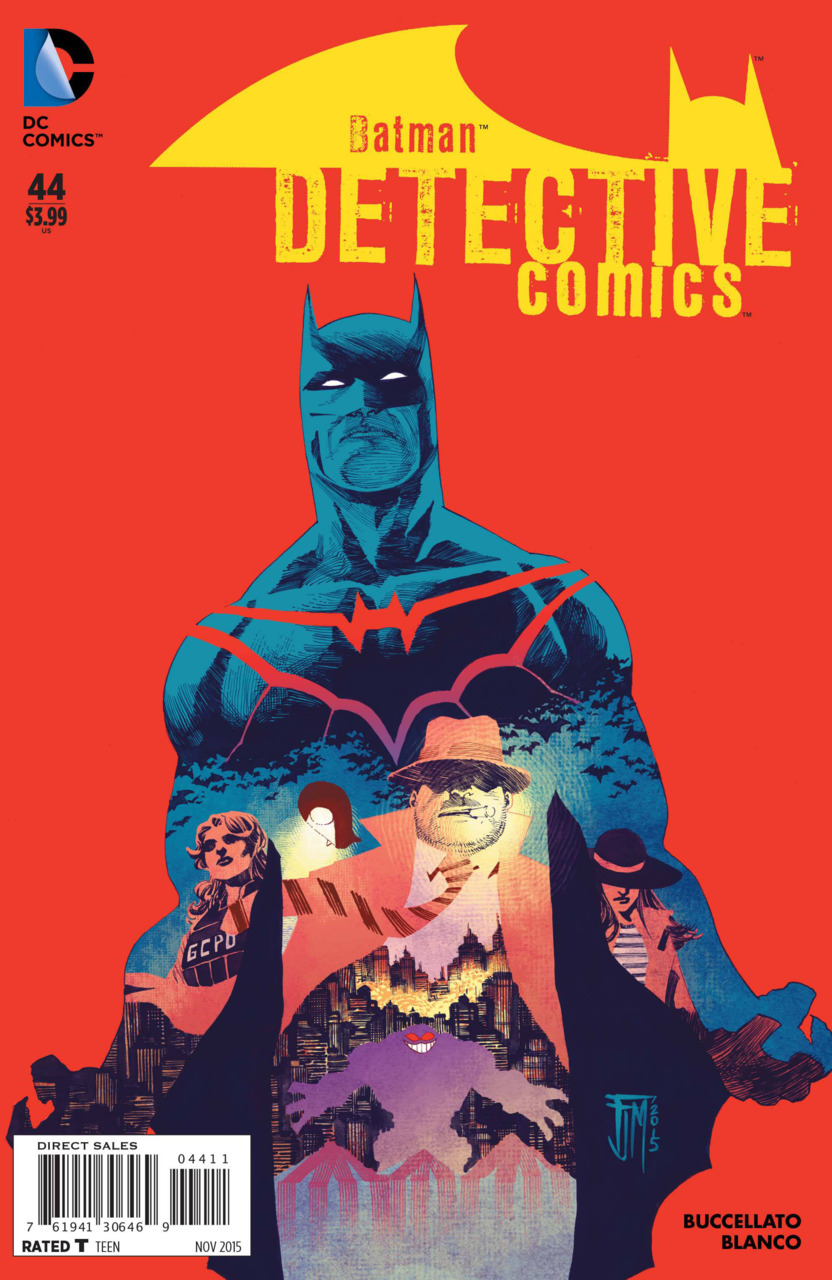 I hate to be so negative, but I’m just glad this is over. This series got so far away from what it was so very quickly. Everything that made it a really good comic before was kind of dropped, and replaced with a crazy, out-of-control fantasy that didn’t make much sense. The only saving grace in this arc was the return of Renee Montoya & an actual character arc for Detective Yip. But that’s all it has going for it. The pacing (if this arc had any) was disrupted by a sudden, anticlimactic ending. The tone is completely different than it was initially, throwing the state of my mind into confusion. The art was probably the strongest it’s been since Blanco took over, which makes sense. He wasn’t rushed this time. The best part is Harvey’s characterization. He has a nice twist that adds to his character. And on another note…. As much as I love Manapul’s cover, that Cliff Chiang variant cover my be my favorite thing ever.

Bullock and Montoya are trying to reach the robot battle across town, but can’t find Yip… Because she’s getting paid from Falcone for outing the GCPD. She gives Harvey a call, and they pick her up, and continue on their way. The Jokerbot throws Batman a few blocks, and smashes the bridge that Harvey’s team is driving on – sending them flying through the air. Batman catches them, and flies away. Bullock and Montoya walk away from the wreck, but leave Yip. Montoya wants to interrogate her, but Harvey throws a lighter, igniting the wreck and killing Yip.

The two then head to the circus to save the cops. Batman blasts some microwaves to disarm the Jokerbot, and Joker’s Daughter jumps out. Batman backhands her, and sends her to jail. Batman, Bullock, and Montoya arrive at the circus at the same time and save the cops. The circus dressed gunmen were hired by Falcone.

BUT… Yip is still alive. Bullock pulled her away before he blew up the truck, giving her a second chance – a new life somewhere else. Montoya is his new partner, and he tells Jim to get rid of the Mohawk. So a nice moment for Harvey, but…