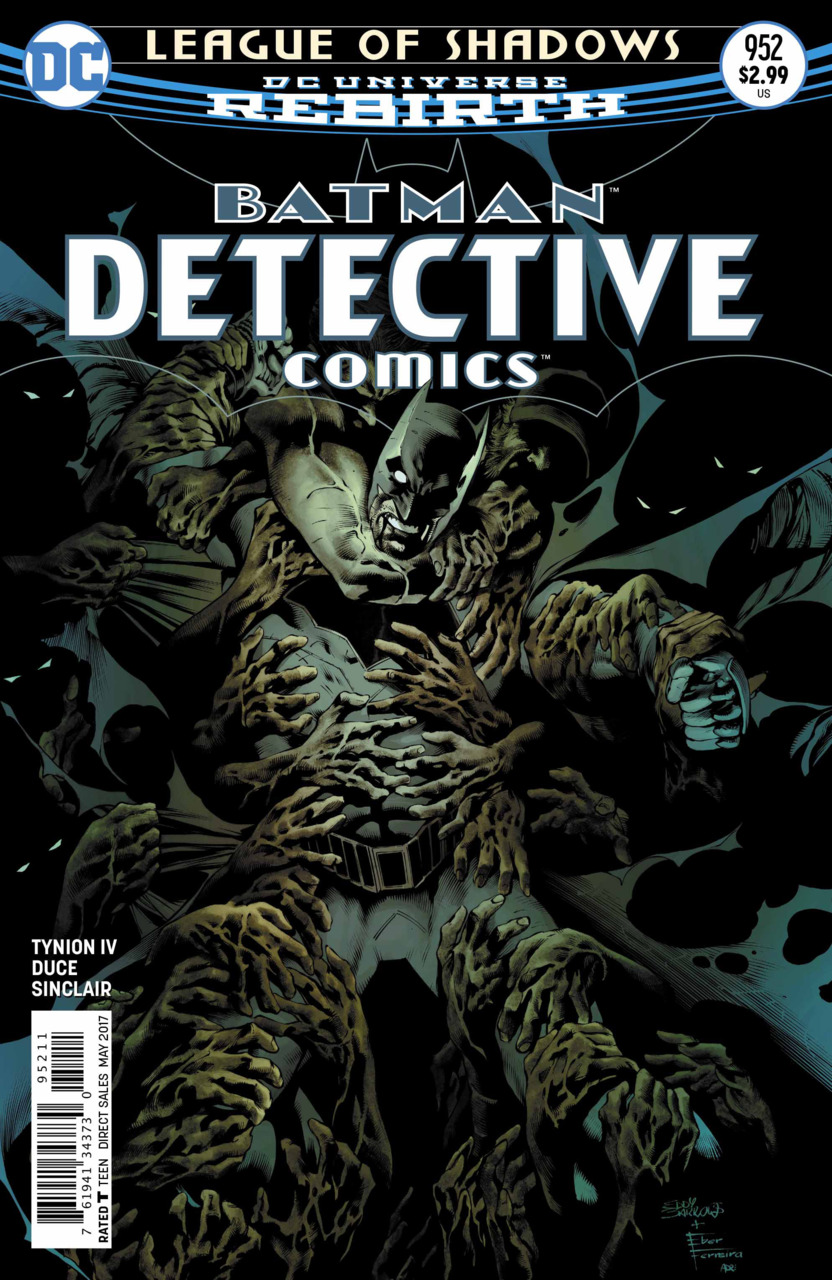 In Brief: Shiva walks into Gotham and brutally takes down the team before revealing the devastating truth of her connection to Orphan.

Summary (Spoilers): Many months ago, in Paris, Ra’s Al Ghul confronts Shiva, and tells her to stop before the situation escalates out of control. He promises to tell her about her daughter, and Shiva smiles and says no. Ra’s cues the Colony to attack, and in 10 seconds, Shiva kills every single one of them. Cass’s photo burns under Shiva’s feet as we cut to the present, in Gotham. Cass and the team face Shiva’s ninjas, but Cass sees Shiva watching and heads off to confront her. Batwing and Azrael both fall prey to impossibly sharp katanas, and Batman orders Clayface to multiply his bodies and take the ninjas down, which he manages to accomplish.

On the rooftop, Cass surprises Shiva by sneaking up on her, and Shiva tells Cass all of this is because of her. Shiva and Cass fight, and Shiva notices that Cass sees the lethal strikes, but always chooses the non-lethal. She disables Cassandra with a nerve strike when Orphan insists that she won’t kill, and Shiva leaves saying that it would have been better never to know what David Cain did with her daughter, after casually displaying her ability to beat Batman. She promises to kill all of Gotham City, then vanishes in smoke. Clayface desperately tells Batman and Batwoman that the ninjas took Luke and Jean Paul, as the two leaders tend to Cass.

Renee tells Kate that the cops have gotten a kill order on all Bat-capes, and Duke provides some intel on the Colony’s list of targets – all of whom died and were replaced by ninjas, who then vanished again. Jacob Kane tells his daughter to run, since Batman and her team failed to stop Shiva with their one chance. He tells Kate about an attack a year ago, in which she disabled him, and made him watch as he killed all 43 of his troops viciously. He claims that Shiva is nothing but evil, and Cass weeps as she listens to the surveillance audio. Batman embraces her, and she pleads with him, “Why her?”

In Depth: After last issue’s tense setup, James Tynion IV kicks the story into desperate action, as two of the team are kidnapped, and Shiva demonstrates what all fans of the character know: do not attempt to fight the Lady of death. Even her own daughter cannot beat her, and the revelation of her connection to Cass provides an appropriately powerful closing to the chapter. Cass’s hard-won struggle for heroism after her father’s abuse suffers greatly with the knowledge that her mother is, if anything, a worse monster than the original Orphan, who butchered children in front of Cass to brainwash her to kill for him. Batman and Cass’s connection in the face of this dark hour recalls the close connection the two had in Cassandra’s 73-issue Batgirl series. Hopefully, Tynion will develop the richness of Cassandra’s struggle for redemption in the face of her past as well as his setup has promised.

Christian Duce again provides the bulk of the art, with Fernando Blanco drawing the opening flashback. Duce’s pencils are still very strong, particularly his terrifying Clayface, though the regular artists Eddy Barrows and Alvaro Martinez are missed. There does seem to be some strain on the art team, with three different colorists completing the book, but the book is still one of the top notch products, befitting its 952-issue history.

Pick up/Pass? Detective continues to provide one of the most polished reads DC is publishing – definitely pick up.

In Conclusion: The team crumbles in the face of Shiva’s ferocity, and Cass deals with the pain of finding out her connection to another monster.