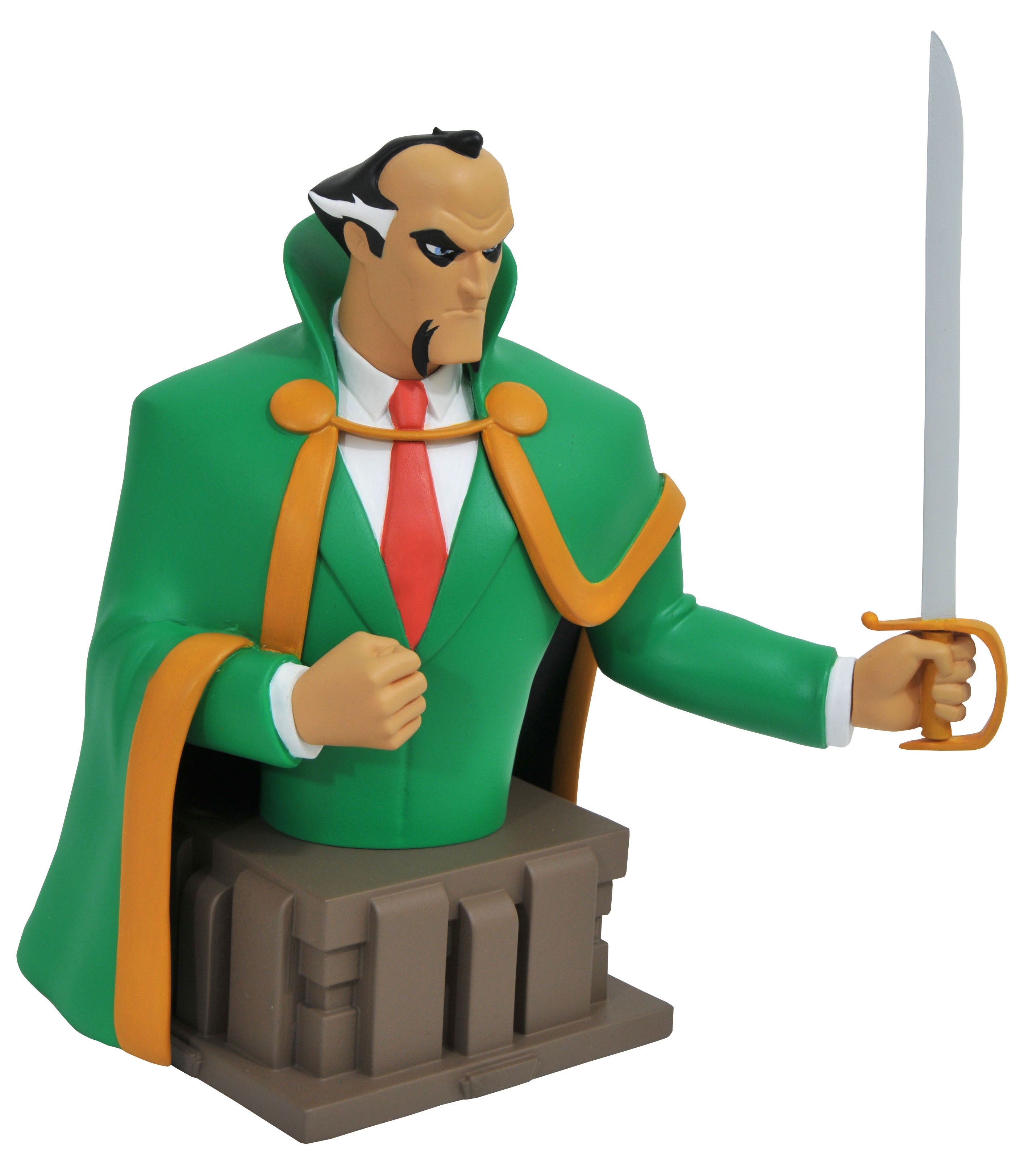 Diamond Select Toys has released their solicits for upcoming July 2018 releases.  Among their solicits are properties such as CW’s Arrow, Predator, and Nightmare Before Christmas.  But the highlights are the Batman-related releases. Here is what you can expect to hit stores this coming July. A Diamond Select Toys Release! The Demon’s Head has arrived! One of Batman’s oldest villains joins his rogues gallery as part of DST’s bust line based on Batman: The Animated Series! Featuring his distinctive appearance from the show, this approximately 6-inch resin bust of Ra’s Al Ghul is ready to pounce on a pedestal base inspired by the architecture of Gotham City. This bust is limited to only 3,000 pieces, and comes packaged in a hand-numbered, full-color box with a certificate of authenticity. Sculpted by Varner Studios!
In Shops: Jul 25, 2018
SRP: $59.99 A Diamond Select Toys Release! The DC Vinimates line returns to the world of DC Comics-inspired video games with three vinyl figures based on the world of Injustice!  Batman, Black Manta and Harley Quinn each feature their game-specific outfits, with Black Manta wielding twin daggers and Harley Quinn packing a pistol. Each Vinimate stands approximately 4 inches tall and is sculpted in a block-figure style. Each comes packaged in a full-color window box.
In Shops: Jul 25, 2018
SRP: $9.99