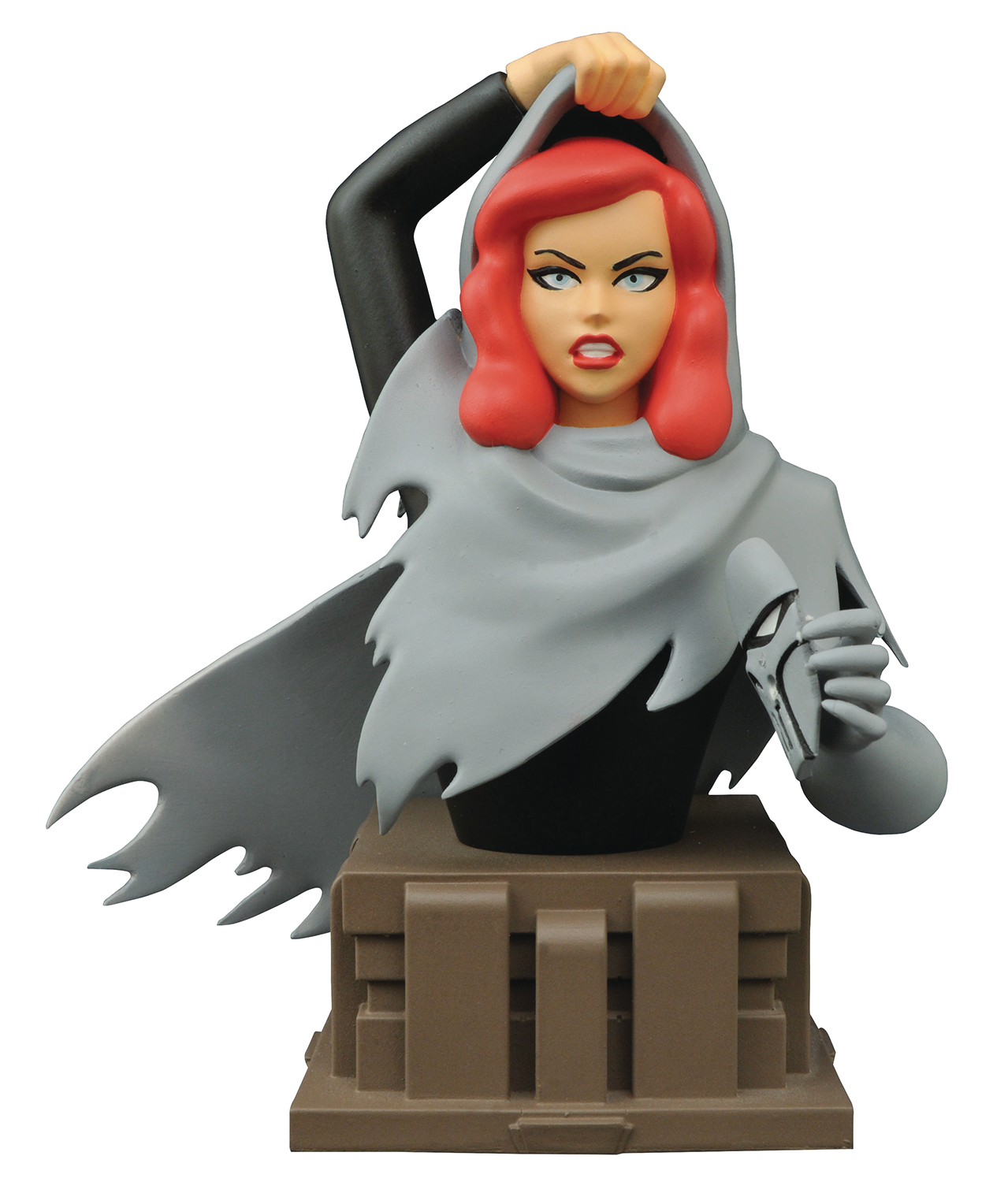 Diamond Select Toys has revealed the toys and collectibles set to hit shelves this August. Of note to Bat-Fans are a Suicide Squad Harley Quinn figure (revealed last month) as well as a throwback in the form of a maskless bust of Phantasm from Batman: Mask of the Phantasm, arguably one of the best Batman films of all time. Check out the full description and images below: A Diamond Select Toys release! Harley Quinn is the woman of the hour, the year and the decade, and this all-new PVC diorama captures her latest comic book appearance, with her corset, trademark hammer and red-and-blue pigtails! Sitting atop a crate of dynamite, Harley measures approximately 8 inches tall, and is made of high-quality PVC plastic with collectible-quality painted details. Packaged in a full-color window box. Sculpted by Jean St. Jean!
In Shops: Aug 29, 2018
SRP: $45.00 A Diamond Select Toys release! Who is the Phantasm? That was the mystery in the feature film Batman: Mask of the Phantasm, which spun out the television hit Batman: The Animated Series. We won’t spoil who it was, but you’d better watch it soon because this unmasked bust will do the talking for us! Depicting the Phantasm dramatically removing the distinctive mask from the film, this approximately 6-inch resin bust is limited to only 3,000 pieces and comes in a numbered, full-color box with a certificate of authenticity. Sculpted by Varner Studios!
In Shops: Aug 29, 2018
SRP: $59.99