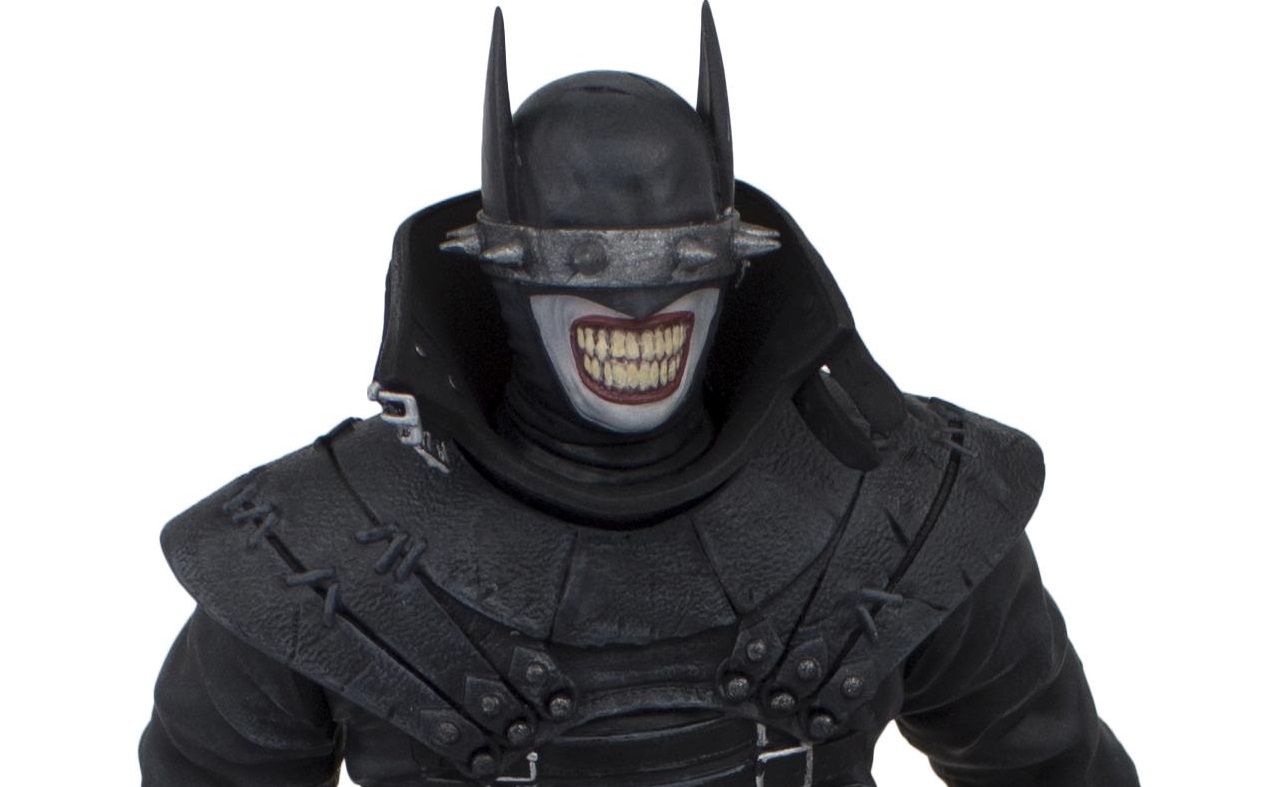 Comic-Con International may seem like a little ways away, but with just over two months to go, the first group of exclusives for the convention have been announced from Previews. While their exclusives include an item from Funko, the Batman Universe items we are focusing on are both from Diamond Select Toys. Let’s take a look at the first few items Bat-fans can look forward to this convention season. Harley Quinn has been around for over 25 years and she is as crazy as ever! This Previews-exclusive variant of the 7-inch Classic Harley Quinn vinyl figure highlights her connection to The Joker by giving her classic jester costume a green-and-purple makeover. She playfully holds her signature mallet behind her back as a reminder that, when Harley is around, mayhem is always just moments away! Designed by Pedro Astudillo and Anders Ehrenborg, the figure is packaged inside a display-worthy window box. Limited to just 2,000 pieces worldwide! (SRP: $29.99)

From the popular Dark Nights Metal series comes this stunning statue of the “jokerized” Batman from the Dark Multiverse, the Batman Who Laughs! Standing 8.1 inches tall, this prince of chaos is featured in his signature buckled outfit that’s covered in small details to really bring this Batman to life. Each Previews Exclusive statue is hand painted with metallic details, individually numbered, and includes a Certificate of Authenticity. Limited to just 2,000 pieces worldwide! (SRP: $60.00)