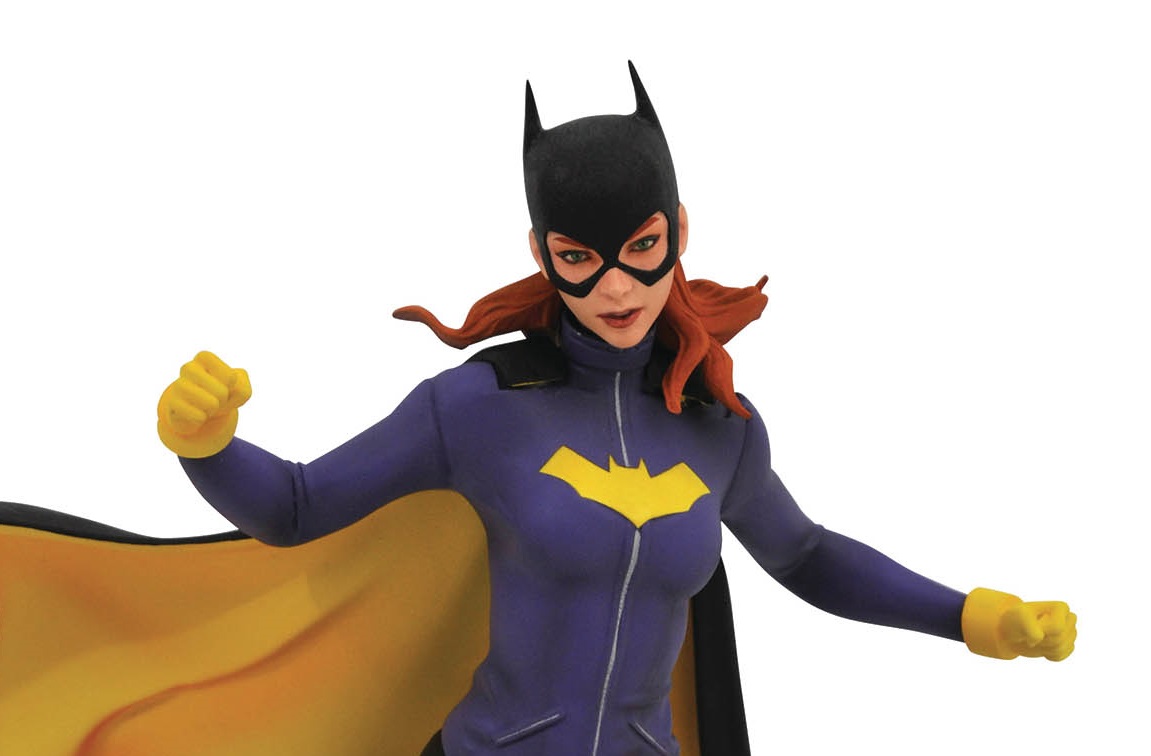 Spring announcements are in the air, Bat-Fans, and Diamond Select Toys is getting in on the trend.  Coming in May 2019, fans will be able to get their hands on two of the most amazing ladies in Batman’s life–Batgirl and Catwoman.  These PVC figures are approximately nine inches high each.  Batgirl will appear in her “Burnside” era costume while Catwoman is shown with a design based on her appearance in the film The Dark Knight Rises, as portrayed by Anne Hathaway.  Both sculpts look incredible and will be absolute treasures in any fan’s collection. Check out the full solicits below. The Batgirl of Burnside strikes! Standing atop a miniature roofscape of her chosen neighborhood, Batgirl strikes a pose for her first PVC Diorama in the DC Gallery line. This approximately 9-inch sculpture depicts Barbara Gordon in her modern-day costume, and is in scale to other DC Gallery PVCs. Designed by Caesar, sculpted by James Marsano. Packaged in a full-color window box.
In Shops: May 29, 2019
SRP: $49.99 When the Bat’s away, the Cat will play! Selina Kyle stands tall in this new PVC diorama based on the Dark Knight Rises! Depicting the catsuit-clad cat burglar on the ledge of a Gotham City building, this sculpture by Rocco Tartamella was based on a design by Shawn Knapp. The diorama stands approximately 9 inches tall, is made of high-grade plastic, features detailed paint applications, and comes packaged in a full-color window box.
In Shops: May 29, 2019
SRP: $49.99