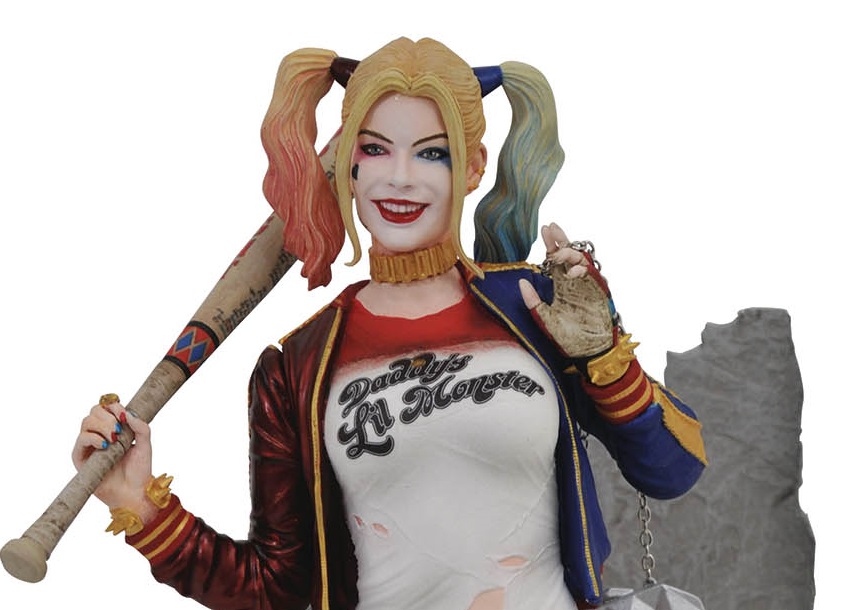 Diamond Select Toys have released solicits for upcoming products due out in August 2019.  Naturally, they have some Batman-related goodies available, so of course, we want to let all of you know about them.

For fans of the Suicide Squad movie or just Harley fans, in general, there will be a new PVC figure based on Harley’s appearance in the movie. It looks stunning and will make movie fans flip. Also coming will be a bust based on the Mad Hatter’s appearance in Batman: The Animated Series.  Another stunning sculpt and sure to be a crowd pleaser. Full details and pre-order links can be found below. With a bat in one hand and a purse in the other, Harley Quinn is ready for a night on the town in the newest DC Movie Gallery PVC Diorama! Based on her appearance in the Suicide Squad movie, this plastic sculpture features the likeness of actress Margot Robbie, as well as detailed sculpting and paint applications. Designed by Caesar, sculpted by Rocco Tartamella.In Shops: Aug 28, 2019
SRP: $49.99 He’s mad as a hatter! Jervis Tetch, a.k.a. the Mad Hatter, is the next Batman villain to join the resin bust line based on Batman: The Animated Series! Holding a cup of tea and one of his trademark mind-control cards, the Hatter measures approximately 6-7 inches tall and comes on a decorative pedestal inspired by the architecture of Gotham city. Designed by Barry Bradfield, sculpted by Varner Studios!
In Shops: Aug 28, 2019
SRP: $59.99