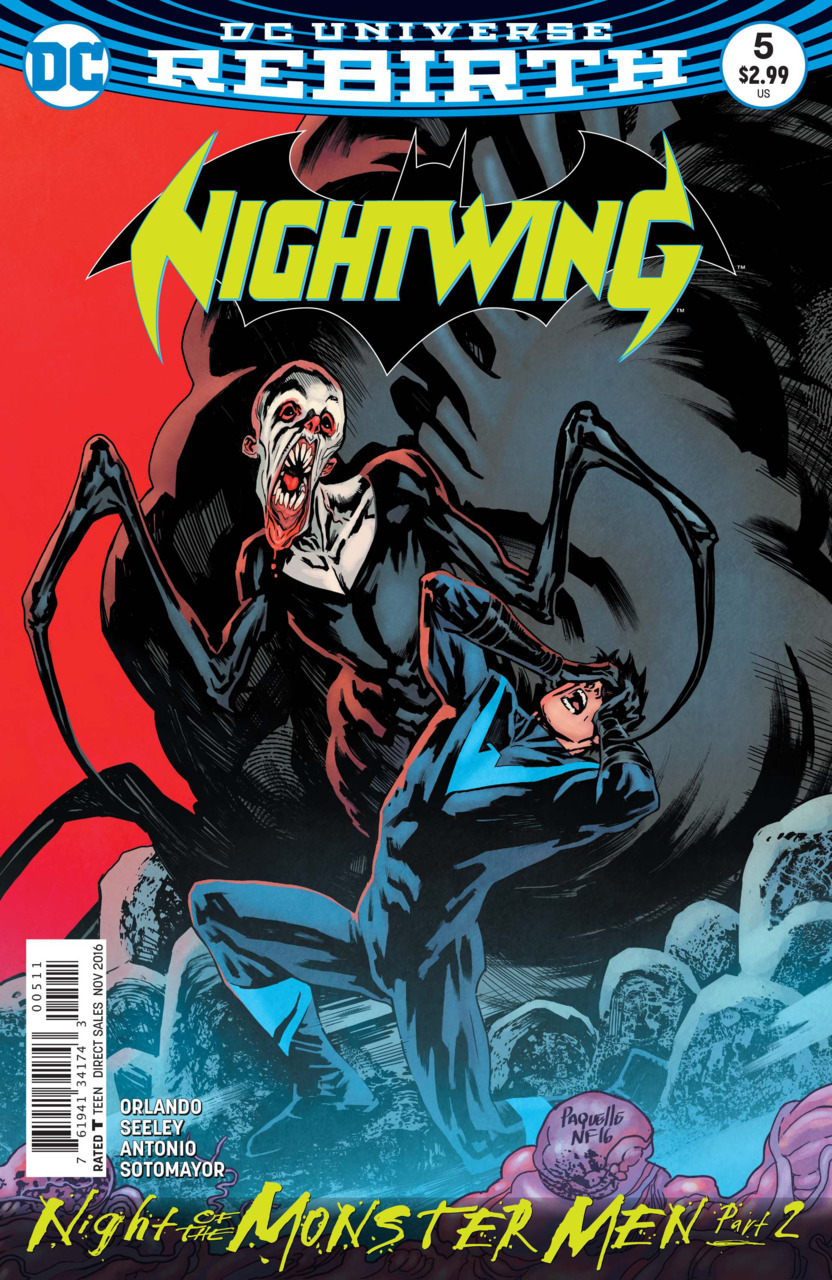 To this point, Nightwing has had a strong solid start to rejuvenate the series coming out of Rebirth. Unfortunately after the incredibly boring events of Batman #7 as the start of the Night of the Monster Men “Bat Event” it’s fair to say this event is stripping the core titles of energy and ambition so far. Harsh? Maybe, but reading the two issues in a row, as I just did, was an underwhelming experience.

A generic complaint of many a comic reader who has seen a couple of cycles in the industry is “The Event”. They sell, they move issues, we know that. They are sometimes good or at least effective through the main titles, but unfortunately in this case the Monster Men event has disrupted the narrative flow and feel of both titles.

Anyway turning to the issue itself, Batman is busy raising the band to fight the monsters along with a massive series of storms besetting Gotham. Hugo Strange, the mad scientist and psychologist, has seemingly created the monsters of the event. Clayface is stretched thin with duplicates all over Gotham fighting the threats. Batwoman is effective (and probably the most level character in the issue, she continues to scream out for her own solo series). Nightwing is related to supporting status in his own book. On the bright side, the beats between Spoiler and her brief monologue about Orphan are strong, but overall this is an action heavy issue that lacks effective character moments and mostly just pushes the story along.

The art is effective – the monsters have a strange otherworldly quality which is effective in raising the “queasy level” although the true level of fright isn’t really there. Overall it was flat and below average as an issue, especially when compared against the prior four issues.

I definitely will continue with the Nightwing title, but this was a weak issue. I have little doubt that the strength of the title will return and build post the Night of the Monster Men event. We are left with a resurgence of Gotham Girl as she hurtles into the next chapter of the event, available in Detective Comics #941. Don’t let this issue put you off the Nightwing series, let’s hope the course correction is fast!