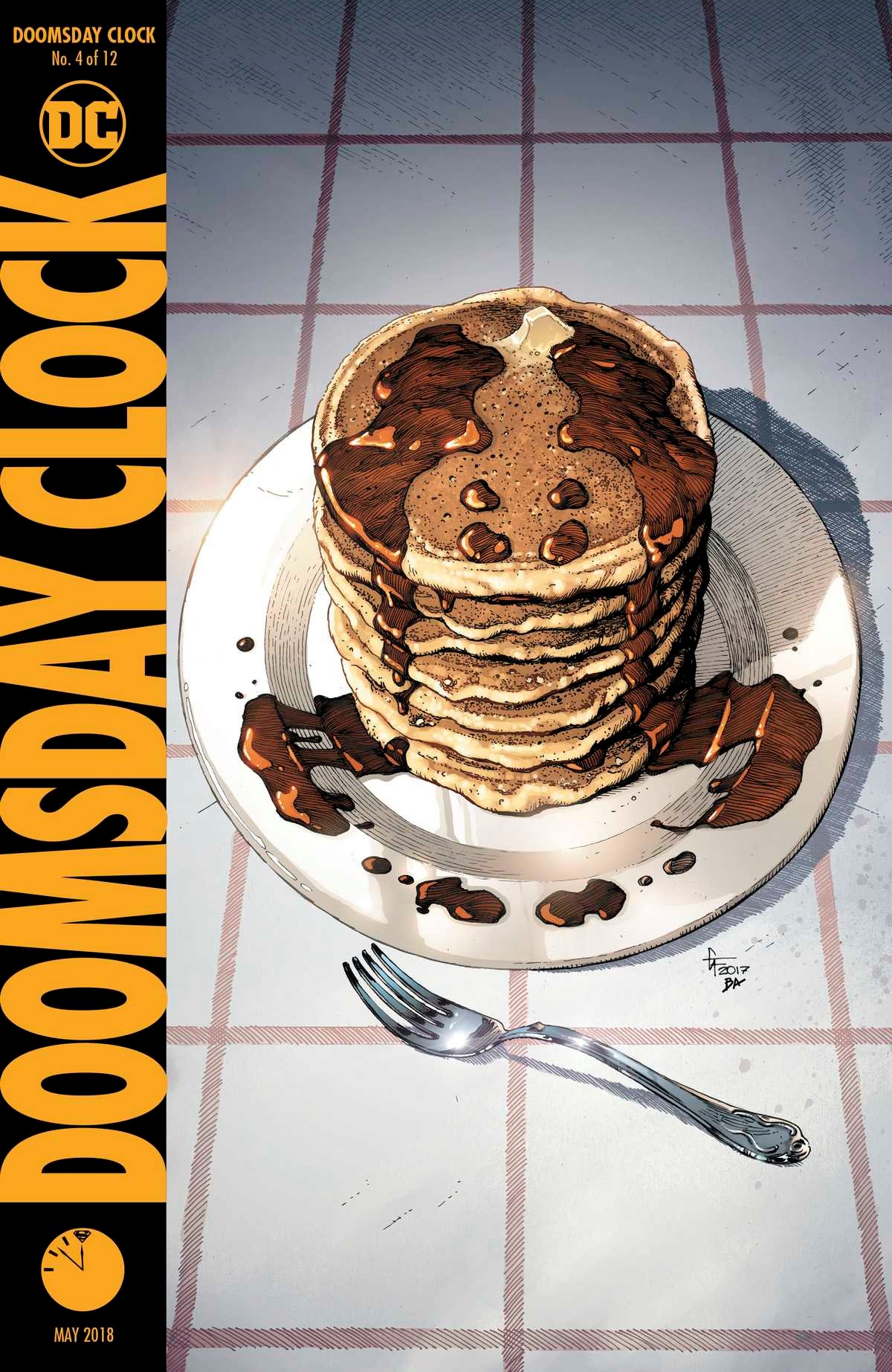 Overview: Locked up in Arkham, Rorschach reminisces about his past and what led him to take the mask.

Synopsis (spoilers ahead): Imprisoned in Arkham, Rorschach is looking at everything with a wandering mind, his memories coming to the surface with every detail. Seeing the face of an inmate, he remembers the first time he saw a mushroom cloud. He was five, watching television with his parents. His name is Reggie. Frightened by the news, his mother, Gloria, wants to move from New York. His father won’t concede. He is too close, he believes, to becoming a name in his career field. His name is Malcolm Long.

Reggie remembers being a regular child. No troubles, average grades, never got into fights. Never fought back either. He does now. And he remembers the time when his father finally got the golden chance of his career when he took the case of Walter Kovacs, the original Rorschach. He was off at college by then.

Back in Arkham, Reggie, whose identity is unknown to the staff and the state, gets his first psychological session. The familiarity of the situation has him sent into a flashback of the days he spent locked in a facility after the trauma of the “alien invasion”. Reggie was caught in a traffic jam on his way to visit his parents at the moment of the invasion. He was close enough to be hit with the brain waves emitted by the creature but far enough to survive.

The trauma and the visions had him trapped in his own mind, screaming his throat raw, seeing the living as if they were dead. Until serendipity has him meeting Byron Lewis, Mothman. Reggie is intending to jump from the terrace and finds Byron standing there, wrapped in bed linen. He jumps out of the ledge, but he can fly, he tells Reggie. And so he is off, naked against the moonlight, wearing his wings made out of rags.

In his next psychological examination, Reggie focuses on Mothman and manages to give the doctor what he wants: an answer to the Rorschach test. From then on, they would become companions inside the facility. Byron would constantly fly off and smuggle things back, and one day he brings Reggie his father’s belongings from his work desk, including a report on Walter Kovacs. He also starts training Reggie for physical fights as much as he can.

One day, the government starts rounding up the survivors of the invasion to inquire them about Adrian Veidt. Rumors about Veidt’s responsibility start spreading. And Reggie starts fighting back.

Free from the facility, Reggie opens Byron’s farewell gift: water, an apple, a letter, a ticket to Antarctica and Rorschach’s mask. And so he’s off to look for Veidt, the man responsible for the death of his parents and his mental state.

Analysis: Do you believe a man can fly?

To tell the tale of the current Rorschach, Geoff Johns and Gary Frank repeat the structure used by Alan Moore and Dave Gibbons in their original Rorschach chapter in Watchmen. In doing so, they not only put Reggie in the position of a legacy character, they highlight the parallels and the differences between those two. Reggie Long, he does not have the mind of Walter Kovacs. In fact, they stand on different ends of the spectrum, despite both being mentally unbalanced.

Watchmen, Chapter VI, The Abyss Gazes Back. Walter Kovacs is assigned to Malcolm Long, who performs Rorschach tests on the subject. As Kovacs gives him nicely bow-tied answers while his mind drifts to his past trauma. None of it is displayed on his face. He is apathetic, his face is static. He shows no emotion. Doomsday Clock #4, Walk on Water. Reggie Long in locked up in Arkham, images all around him making him remember all of the moments in his life that led him to be there. And Reggie’s face, it says it all. Rage, madness, all that is lurking in his mind. It all shows on his face. Walter Kovacs is a man with no regrets. A man without hope, who has had to fight way too much in his life. The title of the chapter, The Abyss Gazes Also, is a Nietzsche quote. A nihilist. Kovacs is the pure expression of the skepticism and pessimism that is associated with Nihilism. Nihil, meaning nothing. Rorschach is nothing, feels nothing, shows nothing. He’s got no hope, he believes no one. God is dead.

But to Walk on Water, you have to believe. You have to see what you want to see. So, do you believe a man can fly?

Byron Lewis, Mothman. In a tale about Rorschach, it is the Mothman who gives weight to the narrative. Or, better saying, takes away the weight and has us flying with him. He is the one providing the support system for Reggie, he is the one who leads him to become Rorschach. Byron is a presence in this issue. A man with a screwed up like, a man who has lost most everything but his faith and joy in flying.

In an issue where Frank constantly uses Gestalt forms to suggest shapes and thus suggest the Rorschach blot test, in an issue where Brad Anderson colored the aurora borealis and a raging fire, Byron’s flight still outshines it all. Byron is a diagonal line, pointing towards the enlarged moon. The bed sheets he just dropped are still in the air as he jumps. There is no hesitation, no fear. Just the moonlight shining on Reggie’s face and the concrete floor. That is his moment of revelation, and the first time his face is not scrunched up in pain or suffering after the invasion. He is in awe. This chapter is, up until now, the most linked Doomsday Clock has gotten Watchmen. The two Rorschach chapters complement each other. To understand Walk on Water in its full extent one has to have The Abyss Gazes Also in mind. The story of Mal and Gloria is not told here, and neither is Mal’s sessions with Kovacs shown, but they are still part of the puzzle that is Reggie Long taking the mantle of Rorschach. And here lies a small shortcoming. The character of Reggie is not fully understood if Watchmen is not read. While this further reaffirms him as a legacy character, it still leaves the more casual reader with a shallower understanding of who he is.

And yet, all it takes to understand Reggie becoming Rorschach is Byron Lewis and his belief that the mask might help Reggie deal with his trauma. A story much too familiar for Robin fans, for fans of the legacy characters of DC Comics. Mothman is, here, the mentor, Kovacs is just the inspiration, and so Reggie does not end up hopeless and apathetic. He can still see the emotion in other people’s eyes and spare them. He sees what he wants to see.

Final Thoughts: A beautiful tale about trauma, companionship, and forgiveness. It takes the Rorschach mask from its original nihilist role and puts him in a lighter tone. Drawing parallels between Walter Kovacs and the current Rorschach, between Watchmen and the DC Universe, what we get is the tale of a well-constructed legacy character whose mentor can be found flying in the sky.